The FIA will not investigate Lewis Hamilton for wearing a Breonna Taylor t-shirt at Mugello on Sunday, although... The post No FIA investigation for Hamilton but guidelines pending appeared first on F1i.com. 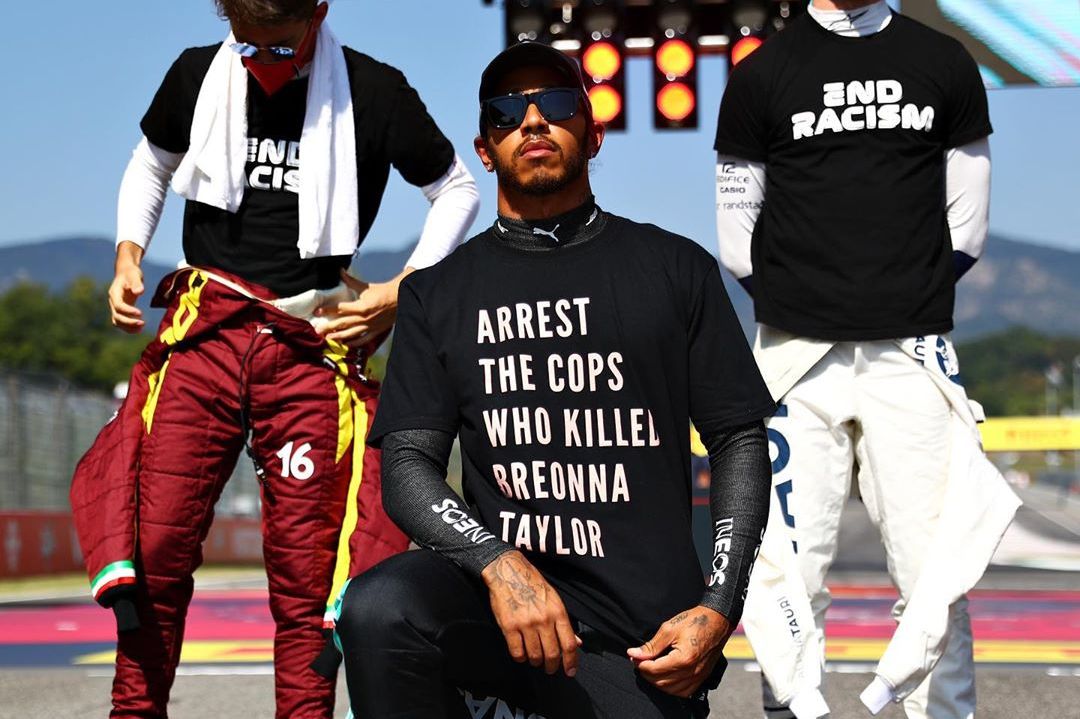 The FIA will not investigate Lewis Hamilton for wearing a Breonna Taylor t-shirt at Mugello on Sunday, although the governing is expected to clarify its guidelines regarding the display by drivers of certain messages.

Reports emerged on Monday that Hamilton could find himself in hot water for wearing the black t-shirt before Sunday's Tuscan Grand Prix and on the podium.

The displayed message called for the arrest of the police officers that shot Taylor, a 26-year-old black medical worker who was wrongly killed last March by plainclothes policemen in her apartment in Louisville, Kentucky.

According to Sky Sports, the FIA stewards have not put Hamilton in their line of sight for potentially breaching the International Sporting Codes.

However, new guidelines are expected to be issued to drivers detailing the limits of what can or cannot be worn during pre-race and post-race events.

Hamilton took to Instagram on Tuesday to reiterate his support for those battling racism and social injustice.

"Want you to know that I won’t stop, I won’t let up, I won’t give up on using this platform to shed light on what I believe is right," he wrote.

"I want to thank those of you who continue to support me and show love, I am so grateful.

"But this a journey for all of us to come together and challenge the world on every level of injustice, not only racial.

"We can help make this a better place for our kids and the future generations".

The post No FIA investigation for Hamilton but guidelines pending appeared first on F1i.com.