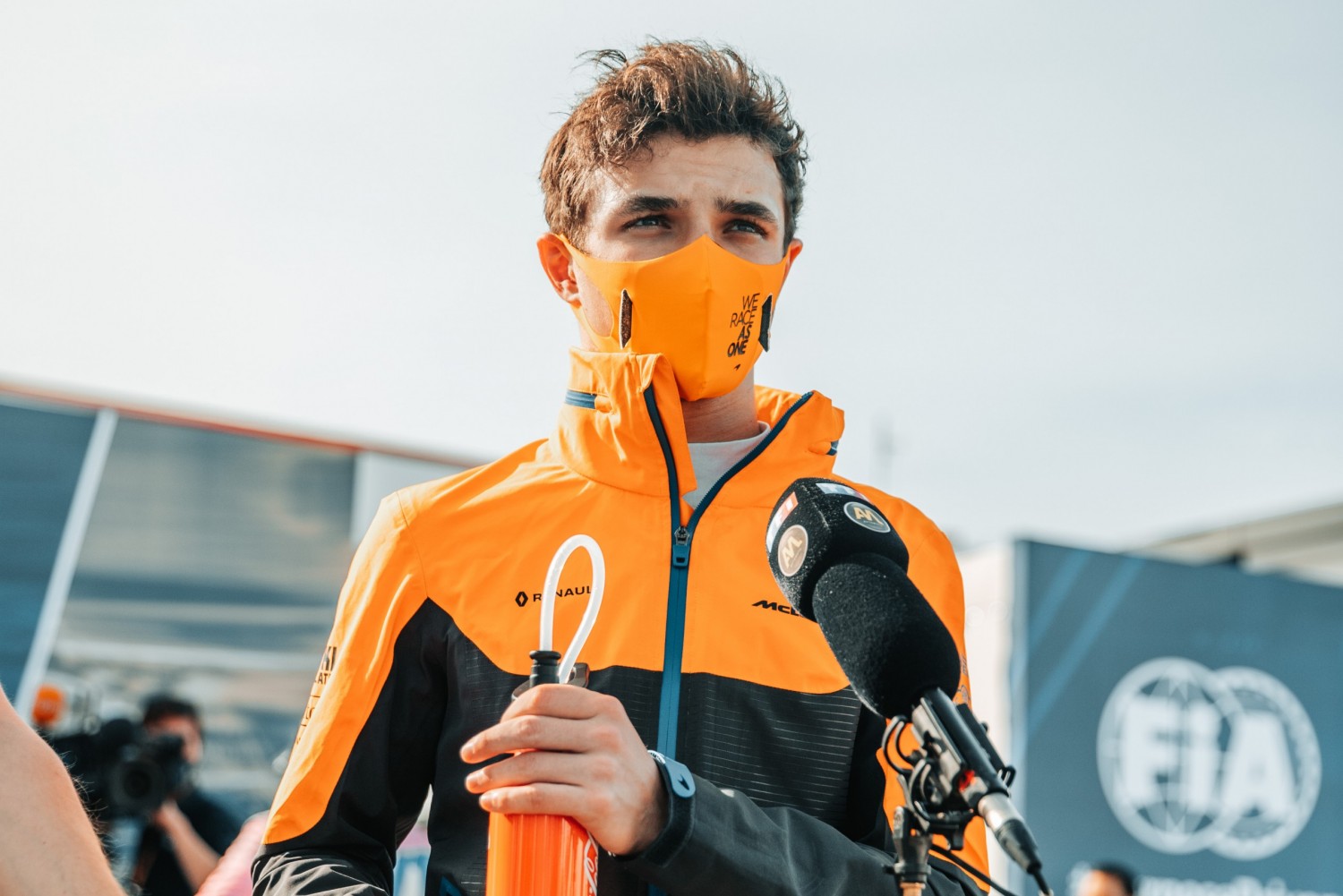 Norris took to Twitter on Tuesday to make amends for his behavior although the McLaren driver did not specify the exact comments to which the apology related.

"I owe an apology," he wrote. "I’ve been stupid and careless with some things I’ve said lately in media and interviews and haven’t shown the respect I should have to certain people.

"I’m not that kind of person, so know I should apologise to them but also everyone reading/listening. Sorry."

It's likely that Norris' admission is linked to comments leveled at Lance Stroll following the pair's run-in in Sunday's race, and his characterization of Lewis Hamilton's landmark 92-win record achieved at Portimão.

I owe an apology. I’ve been stupid and careless with some things I’ve said lately in media and interviews, and haven’t shown the respect I should have to certain people. I’m not that kind of person, so know I should apologise to them but also everyone reading/listening. Sorry

Regarding Stroll, Norris offered a few colorful words to the Canadian on the radio in the aftermath of a collision that ruined the McLaren driver's promising race. However, Norris did apologize immediately after the race for his expletive-laden rant.

"It doesn’t mean anything to me, really," said Norris. "He’s in a car which should win every race, basically.

"He has to beat one or two other drivers, that’s it. Fair play to him, he’s still doing the job he has to do."

A driver stepping out of line in the heat of the moment is not a rare occurrence. But owning up and taking responsibility for one's words is a proper display of maturity and intelligence.

The post Norris apologises for 'stupid and careless' comments appeared first on F1i.com.

Red Bull motorsport boss Helmut Marko has confirmed that Pierre Gasly will be racing with AlphaTauri next season,... The post Marko confirms Gasly's status quo for 2021 appeared first on F1i.com. 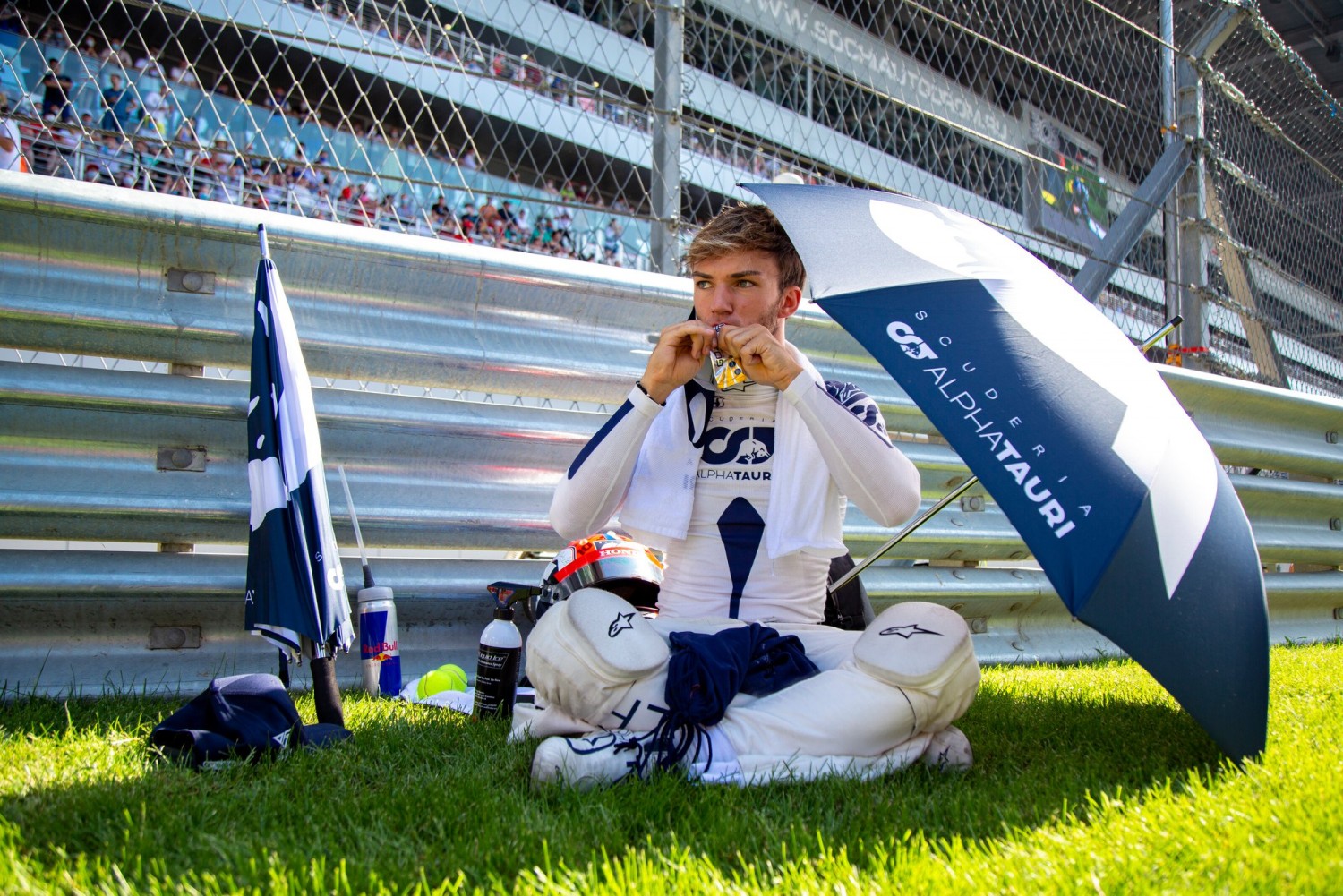 Red Bull motorsport boss Helmut Marko has confirmed that Pierre Gasly will be racing with AlphaTauri next season, dismissing calls for the Frenchman to return to Red Bull Racing.

Gasly's fifth-place performance in Portugal coupled with another poor showing by RBR's Alex Albon has encouraged the AlphaTauri driver's fans to call once again for his return to Milton Keynes where they feel his talent belongs.

RBR boss Christian Horner has excluded the possibility of an in-season swap with Albon despite the latter's under-performance.

But Marko has also rejected the idea of giving Gasly another chance with the senior bull squad next season, insisting the team will look outside its pool of drivers for an eventual replacement for Albon.

"We have made our decision for Gasly," Marko told RTL. "He will drive for AlphaTauri and his team-mate will be announced after the Bahrain Grand Prix at the latest."

Gasly near-term future appears therefore to be set in stone. As for the identity of the driver that will sitting on the other side of the AlphaTauri garage, all signs point to Japanese F2 racer Yuki Tsunoda.

The highly rated 20-year-old Honda protégé, who has won twice in F2 this year with Carlin, will enjoy an outing at Imola with AlphaTauri after next weekend's Emila Romagna Grand Prix.

As for Albon, the British-Thai racer's stock wasn't boosted by his lacklustre performance last weekend at Portimão. But his fate remains in his hands, insisted Marko.

"Alex needs more consistency," he said. "Sometimes he is not far behind Max but sometimes the gap is too big.

"While he is progressing, he is our driver and we are in no hurry to decide."