Residents do not know why the city is on lockdown, but suspect Kim Jong Un might visit soon. 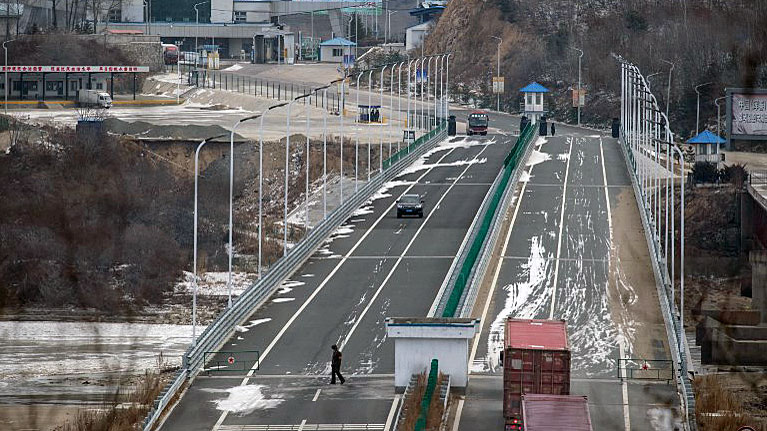 North Korea has mysteriously shut down access to the border city of Rason, endangering the livelihood of residents who travel there to do business with nearby China and Russia, sources in the isolated country told RFA.

The city of 200,000 people is within the Rason Special Economic Zone in North Hamgyong province, near the borders with both China and Russia. The zone was established in 1992 to facilitate foreign investment in hopes of spurring economic growth.

“Since early this month, the authorities have blocked the public from entering the city, making it difficult for many of us,” a resident of North Hamgyong province, who requested anonymity for legal reasons, told RFA Monday.

“Not only train passengers, but also residents traveling by land were screened and blocked from entering,” the source said.

Many of the residents suspect the closure of the city might be coronavirus related, but the government has not divulged any reason for banning entry.

“Even when the coronavirus was at its worst in China, access [to Rason] was not fully controlled. We don’t know the reason why they are suddenly blocking entry,” the source said.

Other people think that a visit by a member of North Korea’s elite might be the reason Rason is on lockdown.

“Some residents say that they could be planning a Number One event [there],” the source said, referring to events attended by North Korean leader Kim Jong Un.

“There’s no clear reason yet, though. The authorities have shut down entry to the city but have not explained in detail how long the city will be closed. This is causing further inconvenience,” the source added.

While most people cannot enter Rason, those who live there are still allowed to enter.

“Residents of Rason can enter and exit the city through security checks,” the source said.

“In the train, the police and inspectors are frequently checking travel passes and tickets,” the source said, adding that under normal circumstances this heightened security presence is not present.

“It usually takes one hour and a half going from Chongjin to Rason, but now it takes more than three hours [because of the security checks,]” said the source.

Many North Korean traders often travel to Rason to contact their foreign partners or clients, so the lockdown is disrupting their business.

Another North Hamgyong source who requested anonymity told RFA on the same day, “Trade agencies have offices in Rason and they make deals with people in Russia and China.”

“But nobody can raise objections with authorities despite the fact that [the lockdown] is causing difficulties and disrupting their work,” the second source said.

Merchants are especially hard hit, as they are unable to retrieve their own goods stored in Rason to sell in other areas of the province.

“Some merchants are trying to enter the city through an unofficial passageway [by scaling a barbed-wire fence], but if they are caught they would be severely punished,” the source said.

“The security on the access road to Rason is so tight, so it’s not a normal situation where bribery can solve the problem,” the source added.

“We are waiting for the lockdown be lifted as soon as possible.”

Saudi Arabia will enforce a 24-hour curfew and total lockdown in all cities and...

China Steps Up Security in Beijing, Detains Activist Ahead...