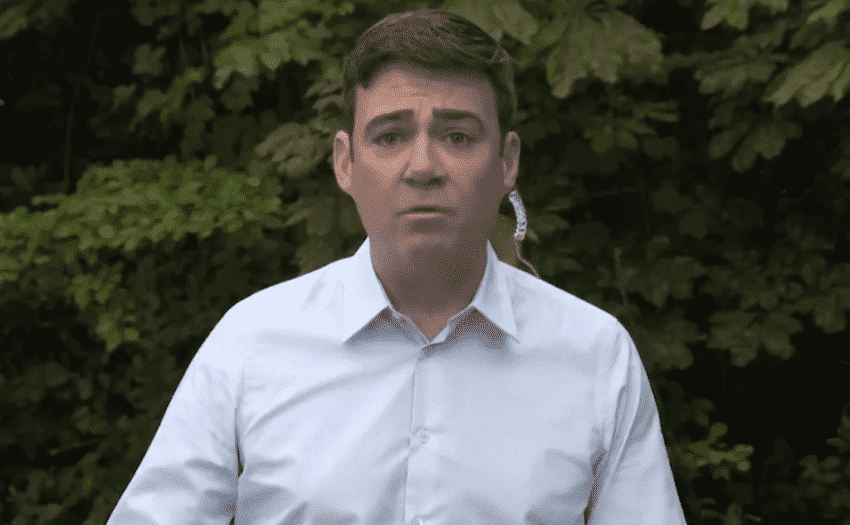 The north of England faces a return to 1980’s-style prolonged economic decline, the Labour mayor of Greater Manchester Andy Burnham has warned.

This is in spite of a government promise to “double down on levelling up” at the Spending Review this week.

Regional inequalities have increased due to the Covid-19 crisis, Mr Burnham said.

But the government pointed to billions spent supporting the UK economy during the pandemic.

Mr Burnham said: “We could be looking at another period like the 1980s in the north of England, coming out of the Covid crisis, the 2020’s could even be worse than the 1980’s.

“So that is the test facing this government. And it’s still unclear whether or not they’re going to pass it,” Mr Burnham said.

He argued the Covid crisis had increased the UK’s regional inequalities and that the country had been “levelled down”, and said the billions expected to be spent on big new infrastructure projects will not be enough.

“It won’t be good enough for the chancellor to come to the Commons on Wednesday, and promise railway lines in 20 or 30 years time when people’s lives are basically on hold now.

“If the chancellor ignores all of those things, I don’t think people will take seriously his claims to spend all of this money in decades to come.

The mayor, a former chief secretary to the Treasury, said that changes to the way the government evaluates where to make investments in big projects were “moves in the right direction” to address “a bias against the north which goes back decades to governments of all colours”.

The changes to the Treasury’s Green Book process will be detailed in the Spending Review on Wednesday.

A landmark government rail investment – the fast trans-Pennine link known as “Northern Powerhouse Rail” – may not pass the current Treasury tests, he said.

“There is a real risk that the Treasury will say Northern powerhouse rail doesn’t pass the test. So this is why the chancellor’s commitment to rewrite the Green Book is very welcome,” he said.

But Mr Burnham, who clashed with the government over support to businesses in lockdown earlier in the autumn, stressed that funding and reforms that enabled lower bus fares in Manchester than London should be the priority.

“If the government wants people to buy into levelling up, they’ve got to do something to bring down the cost of transport, make it more reliable, and do that within a timeframe. That’s a matter of a couple of years, not 20 or 30 years,” he said.

The government pointed to the tens of billions in support given to wages and businesses during the Covid crisis.

New economic forecasts will be released by the independent Office for Budget Responsibility tomorrow, alongside the Spending Review.

Mentoring: Successful People Ask For It

Hairdressers say they are ready to open within weeks

Things to consider when choosing the right consultant for...

How to improve the productivity of your startup team