Sinn Féin and Democratic Unionists involved in heated exchange over links to militants. 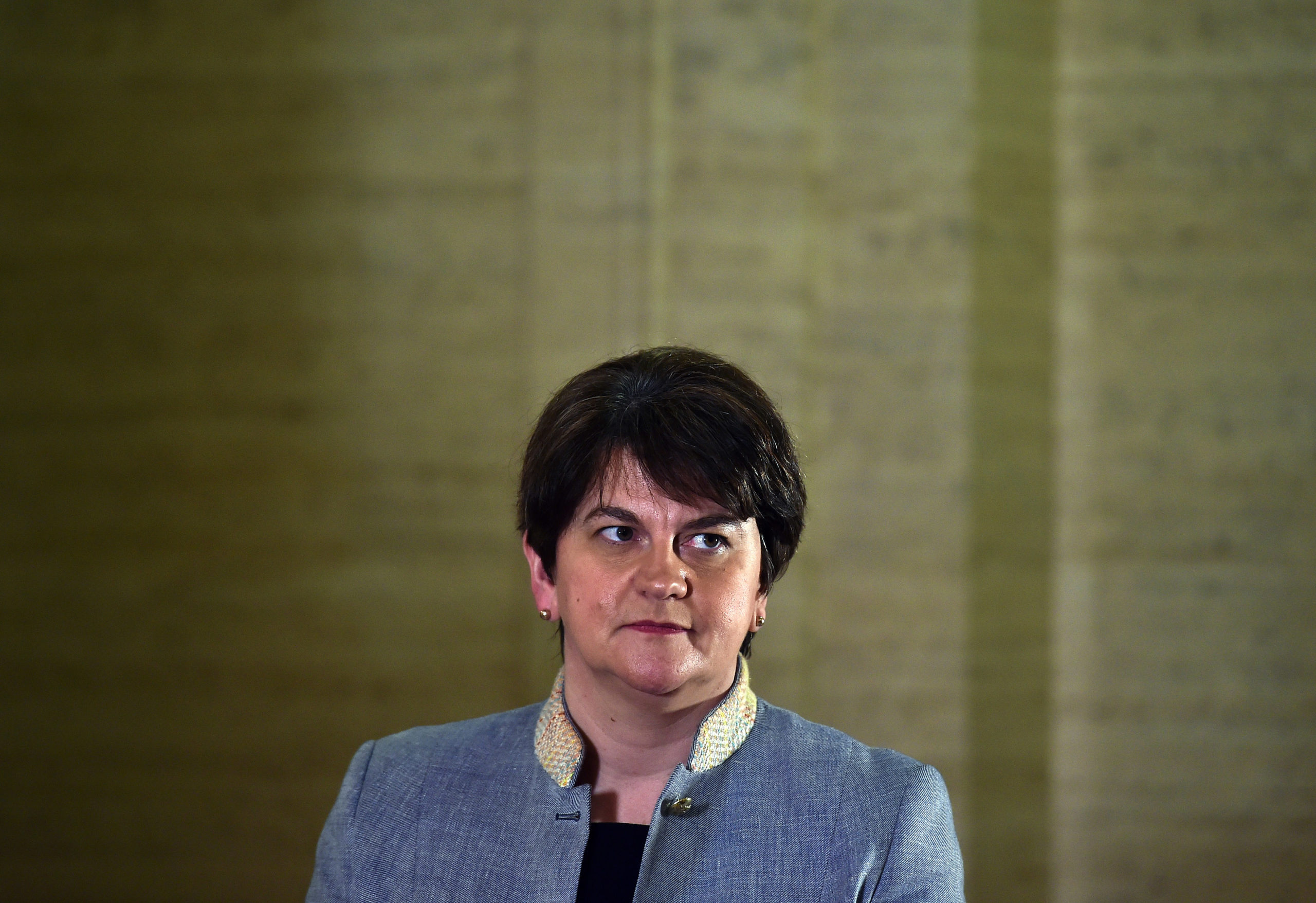 “Do you not think the fact that you met representatives of these gangs that are actively now involved in criminality, drug dealing and murder undermines the message from the executive?” Sinn Féin’s Brexit spokesman, John O’Dowd, asked Foster during her weekly question time in the Northern Ireland Assembly.

“You sat down with them seeking common cause in your opposition against the protocol,” O’Dowd said.

Foster testily rejected the accusations and accused Sinn Féin of directly harboring terrorists within its own ranks.

She described her Democratic Unionist Party’s behind-closed-doors meeting with loyalist paramilitary leaders as an effort to persuade them “to cease and desist from their criminality.” Such dialogue, she argued, was necessary to discourage violence and to ensure “that they don’t feel as if nobody’s listening to them.”

Days after meeting Foster and other senior Democratic Unionists, the loyalists this month sent letters to the prime ministers of Britain and Ireland, Boris Johnson and Micheál Martin. The outlaws warned that if the protocol wasn’t dismantled, Northern Ireland’s 1998 peace accord would face “permanent destruction.”

“I find it astounding to hear criticism from Sinn Féin when the Army Council is still in existence,” she told O’Dowd, using the Provisional Irish Republican Army’s in-house term for its seven-member command.

The Provisional IRA in 1997 ended its 27-year campaign to overthrow Northern Ireland by force so that Sinn Féin could enter wider peace talks on the U.K. territory’s future. Those U.S.-brokered talks produced the Good Friday peace accord the following year. Its central vision of stable power-sharing between the British Protestant and Irish Catholic blocs has proved hard to sustain.

Monday’s exchanges show how the dispute over the protocol — with Irish nationalists in favor, British unionists opposed — has raised animosities that the Good Friday deal sought to consign to history.

Foster has deep personal reasons to despise the Provisionals, who killed nearly 300 police officers as part of their campaign. When she was eight years old, the IRA shot her father, a police reservist, at the door of their border farm; he survived but the family was forced to flee their home. When she was a teenager, the IRA bombed her school bus, injuring several classmates in a failed bid to kill the driver, a part-time soldier.

Foster defected from Northern Ireland’s other major pro-British party, the Ulster Unionists, in 2004 because it was working in government with Sinn Féin without any IRA disarmament. The Democratic Unionists, opponents of the Good Friday accord, refused to share power with Sinn Féin until the IRA surrendered its largely Libyan-supplied arsenal. This happened in 2005, paving the way two years later for the Democratic Unionists and Sinn Féin to form an executive of arch-enemies.

The most recent assessment of paramilitary activity, produced late last year by international experts on behalf of the executive, found that loyalists and IRA splinter groups seeking to undermine the Provisionals have continued to maim dozens of civilians annually and, occasionally, to kill rivals in turf wars and criminal disputes. But it found no evidence of Provisional IRA-linked violence, noting that some former militants maintain their paramilitary structures to avoid “leaving the field to darker forces.”

Are you a professional following the impact of Brexit on your industry? Brexit Transition Pro, our premium service for professionals, helps you navigate the policy, and regulatory changes to come. Email pro@politico.eu to request a trial.
Source : Politico EU More

All nursery and primary schools in Belgium to reopen in...

Most Poles, Hungarians don’t think their countries are...

UK to launch trade talks with Australia, New Zealand ‘in...