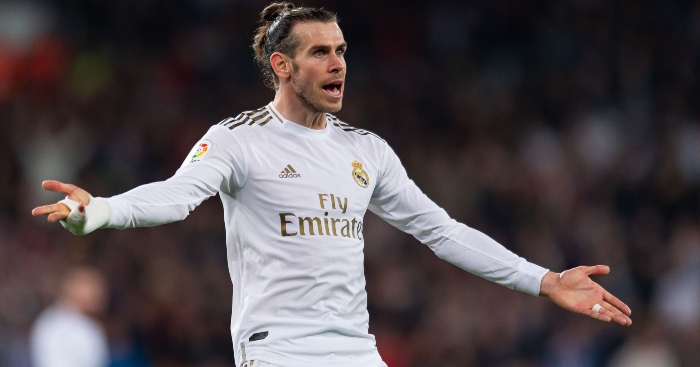 Twenty-four hours is a long time in football. A day after writing about why Manchester United should sign Gareth Bale, it turns out .

Luckily, . Just with knobs on.

Firstly, there is quite literally no other player in the world of Bale’s standing who would be joining Spurs right now. That’s the first big extra reason why it makes even more sense for Spurs to jump at this chance than it did for Manchester United.

The second is that, clearly, Tottenham’s need is even greater than United’s.

More than that, while Bale’s preferred position these days is cutting in from the right of a front three, he’s perfectly capable of taking up either the central or left position as well. That could be of particular benefit to Spurs if their now-years-long struggle to find a back-up striker to Kane continues to bear no fruit.

Even the financial side of the deal – the obvious, massive stumbling block – appears to make sense now given Real’s absolute desperation to get Bale and his golfing out of the squad. Whether it’s foregoing a loan or transfer fee, subsidising wages or a combination of both, the numbers are down to a point where even Daniel Levy cannot resist pulling the trigger.

But above all that, . Lord knows we all need some of that, but especially Spurs. It’s a club and a squad and a team and a manager in need of a lift.

Spurs’ problems, and also quite obviously their pursuit of Bale, go back well before , but you do wonder whether those joyless 90 minutes have hastened things along.

It wasn’t just that Spurs were almost sarcastically drab and lifeless – though they absolutely were that – it’s that these failings were thrown in sharper focus by the contrast with their opponents. Here was an Everton side full of everything Spurs were not: joy, hope, ambition, excitement.

Everton’s three new midfield arrivals all impressed. All three would have walked into the Spurs midfield. However hard-nosed a businessman Levy might be, he’d have to be made of stone not to see that and want a bit of that for his stagnating club.

The Glorious Return of Bale would give Spurs precisely that kind of lift. The deal remains an expensive one, but it doesn’t take too much of a stretch to rationalise the emotional arguments for Bale’s return into business ones. If Bale is a success at Spurs, it might be the difference between keeping the manager or having to take the prohibitively costly decision of once again getting rid. It might be the difference between Harry Kane leaving next summer or giving the club another year. It might even shush Jose’s whinging for a bit. The risks are clear, but so too are the rewards.

The seemingly likely arrival of left-back Sergio Reguilon alongside Bale should not be forgotten either. While it would be beyond hipster to suggest it’s a bigger deal than the return of Bale, it’s still a significant signing.

Without wanting to get too ‘HOW SPURS COULD LINE-UP WITH BALE AND REGUILON’ about it, but in fact getting extremely that, it’s a double signing that would transform Spurs’ squad from stale and short in so many areas to one that suddenly looks ideally suited to a 3-4-3 formation. It’ll be fascinating to see if Mourinho treads that path and, more importantly, whether he can make it work.

He will have all the pieces even if another striker and central midfielder don’t materialise. If we accept a squad needs two players for each position – and Spurs’ prospective fixture list means they absolute do – then it really is taking shape.

He has six centre-backs for such a system: Eric Dier, Toby Alderweireld, Davinson Sanchez, Juan Foyth, Japhet Tanganga, Ben Davies. Reguilon and Ryan Sessegnon are both well suited to left wing-back, as are Matt Doherty and Serge Aurier on the right.

The weakness of central midfield is less pronounced in this formation, with your Pierre-Emile Hojbjergs, your Moussa Sissokos and your Harry Winkses less exposed thanks to the greater numbers behind while Giovani Lo Celso or even, heaven help us, Tanguy Ndombele have more freedom to create.

With Steven Bergwijn, Lucas Moura, Dele Alli and Erik Lamela all options alongside the first-choice front three, there suddenly appears to be the makings of another decent Spurs team here. That did not look the case a few days ago.

Perhaps the only real nagging frustration for Spurs fans is that Levy appears to have finally been convinced to take this kind of gamble now, almost as a last resort, in support of the manager he so obviously coveted for so long rather than, say, when a young, exciting squad under a young, exciting manager had just finished second in the league.

But right now, that’s nit-picking. Spurs were a club in desperate need of a boost; it’s hard to imagine a better one than this.

The post Not even Jose Mourinho could harsh Spurs’ Bale buzz appeared first on Football365.