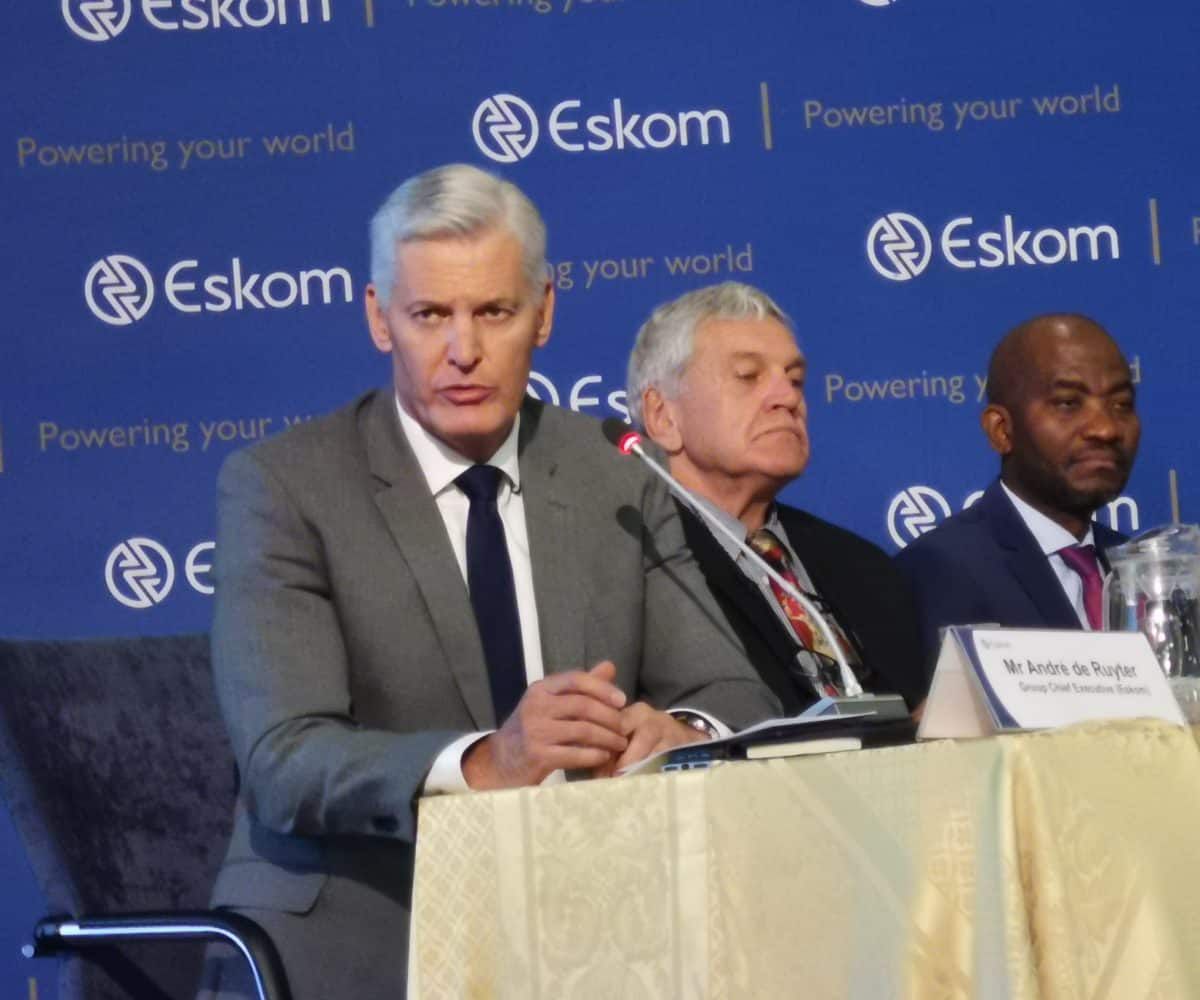 The National Union of Metalworkers of South Africa (Numsa) on Saturday 10 April released a statement, expressing concern that the investigation into Eskom CEO Andre De Ruyter “will be a hcam”.

“Numsa has noted the decision taken by Parliament’s Standing Committee of Public Accounts SCOPA to call off its investigation into allegations of impropriety and procurement irregularities by [De Ruyter]”.

De Ruyter investigation: What you need to know

Allegations of racism and subversion of policies at Eskom

This follows after SCOPA said it would pursue an inquiry into allegations of racism and the subversion of proper supply chain policies raised by Eskom COO Solly Tshitangano back in February 2021.

Scopa decided to suspend the investigation “because of the request made by the minister of Public Enterprises Pravin Gordhan”. Numsa explains:

“Pravin informed Scopa that the Eskom board has instituted its own inquiry into the same allegations and therefore Scopa would be duplicating process if it proceeded”.

Numsa added that it had “no faith in the investigation”. In addition, it feels the “timing is suspicious because it chose to ignore the allegations for 14 months”. Eskom only took action when Scopa announced its intention to investigate.

The trade union said it has reason to believe that the Eskom board is not acting independently as the board had been appointed by De Ruyter and “therefore, any investigation […] will be tainted from the start”.

“We are concerned that this process has been set up as a sham process; just like the internal investigation into Jan Oberholzer was a whitewash designed to exonerate him”.

Numsa furthermore believes that De Ruyter “has demonstrated a total inability to stabilise Eskom”. The trade union said the country “experienced the worst blackouts in history” under his watch.

Numsa also highlighted South Africa’s crippling economy due to the “gross incompetence as a result of his leadership”. It reminded the public that it had “rejected his appointed early on”.

Marginalisation of Black executives at Eskom

Furthermore, the party said in a statement that Tshitangano spoke out against “the solidification of racist tendencies by De Ruyter”. This included favouring white companies over black companies.

He also remarked that the “continuing removal of all voices of black managers who do not toe De Ruyter’s destructive line at Eskom” must come to an end. Tshitangano’s pleas fell on deaf ears.

The EFF then said that Tshitangano’s power as procurement officer removed; by “De Ruyter and a group of white men he has surrounded himself with at Eskom”.

The party also states that Tshitangano outlined several irregularities in a letter to Minister Pravin Gordhan – twice. Moreover, Tshitangano described how “destructive and racist De Ruyter has been at Eskom”.

“It is saddening, although not surprising, that Tshitangano wrote to Gordhan twice, […] and twice Gordhan ignored him. We have long maintained that Gordhan is the chief architect of the destruction of Eskom”.

WHO projections: COVID-19 could infect more than 200 million...

Glass recyclers brought to their knees by alcohol ban