Oakmont, Congressional and Old Memorial each auctioning off a Round of a Lifetime

Andrew Maciey had a passion for golf. Couldn’t get enough of it. Dan Igo, a Phil Mickelson fan and fraternity brother of Maciey’s from (...) 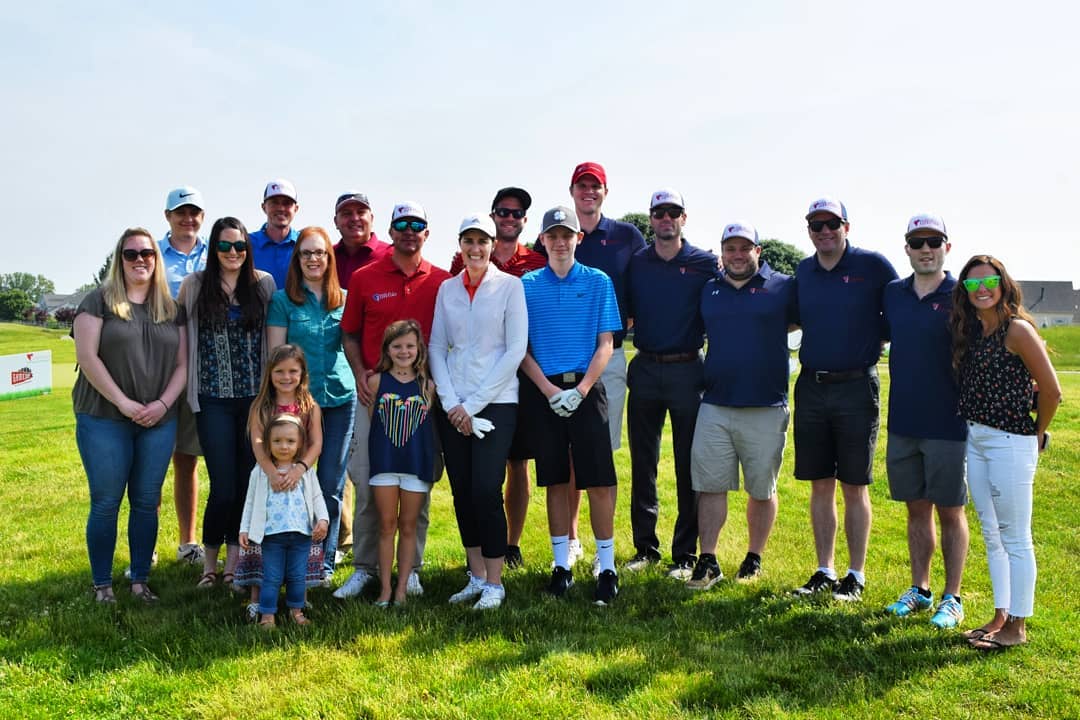 Andrew Maciey had a passion for golf. Couldn’t get enough of it.

Dan Igo, a Phil Mickelson fan and fraternity brother of Maciey’s from their days at the University of Maryland, still remembers the trash talk between he and his Tiger Woods-loving friend 10-plus years later. Remembers being the key word.

In Nov. 2010, at just 24 years old, Maciey suddenly passed away from Familial Dilated Cardiomyopathy, a genetic heart disease. At his funeral, a few friends got together and discussed how to honor Maciey’s memory. They initially started a foundation to provide a scholarship for a fraternity brother at Maryland every year.

“In 2015 we decided to pivot and focus on sending someone to this all-expense paid, round-of-a-lifetime golf experience,” said Igo. “We knew we wanted to do something with golf because it was such a big part of Andrew’s life. That’s why we started Round of a Lifetime.”

The Round of a Lifetime Foundation is a non-profit with a simple goal: create awareness of congenital heart disease and provide an incredible bucket-list golf experience for individuals struggling with a heart condition. Kids younger than 13 and adults over 40 have been selected.

The foundation consists of a 10-member, all-volunteer board of directors and has a goal of two or three trips for worthy recipients who apply each year. Since 2015, 10 recipients have received their round of a lifetime at the following courses: Congressional, Trump National Doral, Pebble Beach, Pinehurst No. 2, TPC Scottsdale, TPC Sawgrass, Los Angeles Country Club, Corales, Carnoustie, and Whistling Straits.

Ever heard of ‘em? 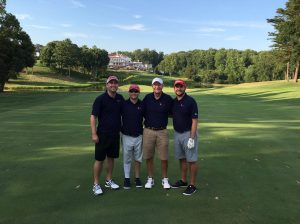 Round of a Lifetime recipient Patrick Brett (sunglasses) and his foursome who played Congressional.

The foundation is largely funded by an annual spring golf tournament. Due to COVID-19, ROAL was looking for alternative solutions for fundraising.

That’s where Eric Sedransk came in.

Sedransk, @Member4ADay on Instagram, has run multiple online auctions over the last year that have benefited nonprofits and charitable foundations by auctioning off rounds of golf at premier courses. His first auction in May 2020 raised over $100K for Project Frontline, which helped feed healthcare workers during the early stages of the COVID-19 pandemic.

So, in true 21st-century fashion, the two connected over Instagram.

“We had a pretty natural synergy in terms of what our mission is all about and what his mission is,” said ROAL’s Director of Digital Strategy David Stone.

The partnership has produced a virtual golf auction that will be live Monday, March 8 through Sunday, March 14. Up for grabs is the opportunity for you and two others to tee it up alongside a member at Oakmont Country Club (Pennsylvania), Congressional Country Club (Maryland) or Old Memorial Golf Club (Florida).

Golf auction: Make a bid on your round

“Our foundation is grounded on fundraising through an annual golf tournament, and we had to put a pause on that. This was an adaptive solution and it came at the right time,” said Stone.

Located outside of Pittsburgh, Pennsylvania, Oakmont has hosted nine U.S. Opens and two U.S. Women’s Opens. Just north of Washington, D.C., Congressional Country Club has hosted three U.S. Opens and a PGA Championship. Opened in November 1997 by the founders of Outback Steakhouse, Old Memorial in Tampa, Florida, was made with the Old Course at St. Andrews, Royal Melbourne and Pinehurst No. 2 in mind.

“Creating lasting memories is the number one thing we’re trying to do,” added Stone. “If we can accomplish that, we know we’re positively impacting so many people out there, and it makes it all worth it.”

The last year has been difficult on us all in one way or another. If you have the means and want to get involved with a donation or round of golf to auction, or think you’re a worthy recipient for your round of a lifetime, reach out to Member For A Day or Round of a Lifetime.

A hole-in-onsie: Players Championship will gift more than 500 newborns this week