Boris Johnson has not only lied to the people of Northern Ireland, he's lied about them. 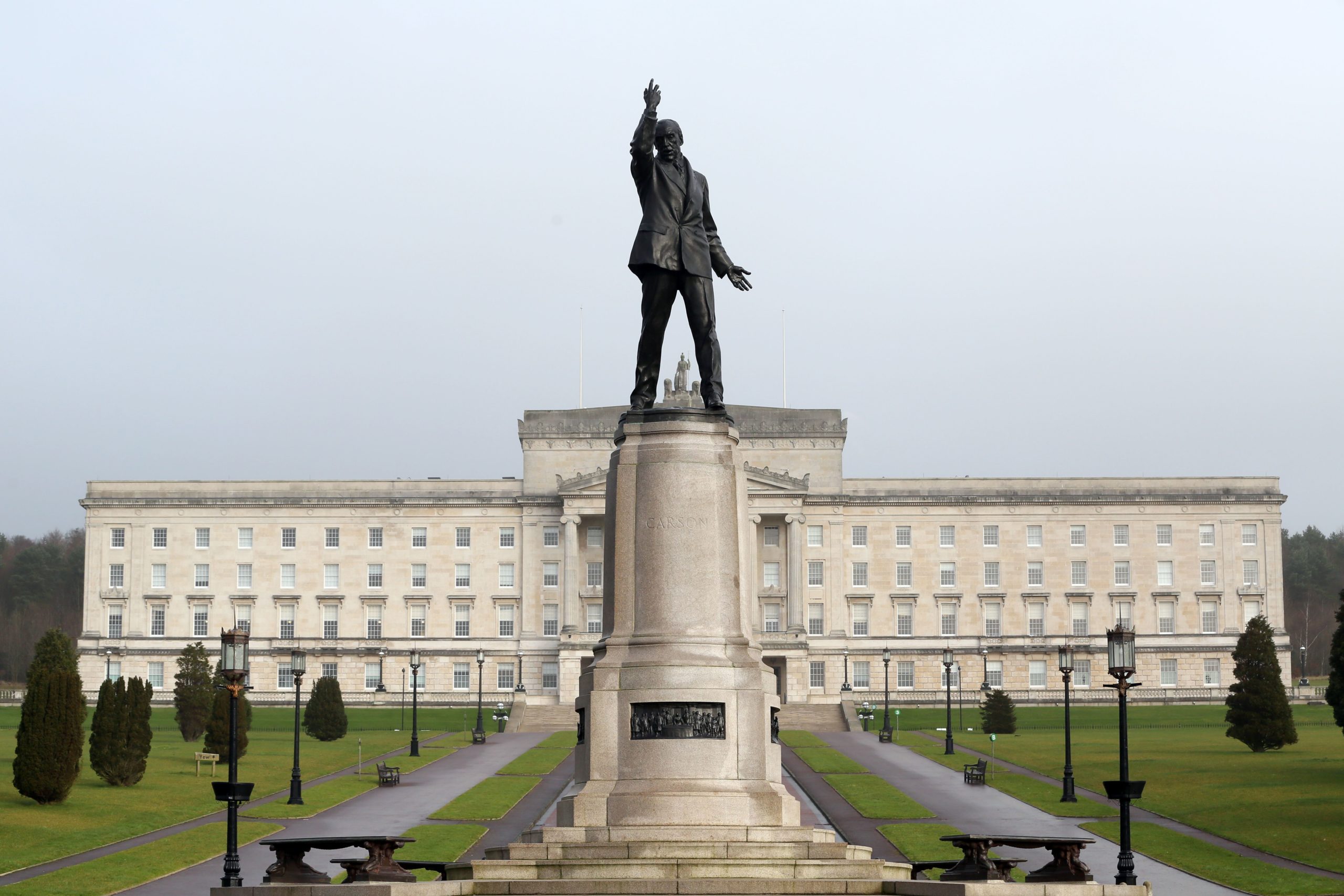 Matthew O’Toole sits in the Northern Ireland Assembly for the Social Democratic and Labour Party and is the former chief press officer for Brexit in No. 10 Downing Street.

It was once said that before interviews, the notorious BBC broadcaster Jeremy Paxman asked himself a profane question about why politicians in front of him insisted on lying. The people of Northern Ireland could be forgiven for asking the same question about Boris Johnson and his government. The lying has not been incidental or unintended, but deliberate and inherent in its approach to Northern Ireland and Brexit. They have lied not just to people and political parties here, but lied about them.

But nothing could have prepared people for the Internal Market Bill now being debated in the Commons. The bill may end up going down as one of the most disreputable and damaging pieces of legislation ever proposed at Westminster.

There has been much talk about whether and how the bill undermines or directly breaches the Good Friday Agreement in either letter or spirit. The answer is: It does all of this. By resiling from the Ireland protocol contained in the withdrawal treaty signed with the EU, it jeopardizes all the protections against a hardened border between the north and south.

But more broadly, along with the entire project of hard Brexit, it acts as an assault on the nervous system of the settlement in Northern Ireland.

To say trust in the British government has been undermined would be akin to saying trust in Donald Trump’s golf scores or property valuations has been debased.

Understood best, the Good Friday Agreement created institutions on three axes – inside Northern Ireland, between the two parts of Ireland, and between Ireland and Britain. The institutions were designed to sustain a set of mutually reinforcing and interdependent relationships.

If that sounds complicated, that’s because it is complicated. It’s subtle and nuanced and in direct tension with the brute assertion of sovereignty inherent in Boris Johnson and his top adviser Dominic Cummings’ Brexit.

And because the settlement in Northern Ireland is about relationships, it also relies on a base level of trust between the people and parties of Northern Ireland and the two governments who were party to the international treaty that went alongside the agreement. To say trust in the British government has been undermined would be akin to saying trust in Donald Trump’s golf scores or property valuations has been debased.

The U.K. government claims the Internal Market Bill is a means of ensuring that in the event no trade deal is agreed between the U.K. and EU, the terms of the Ireland protocol would not prevent movement of food into Northern Ireland from Britain. This was combined with the lurid claim from Boris Johnson that the EU was actually threatening to blockade food entering Northern Ireland.

This was a lie on two levels: First, no such threat was ever made. In the unlikely event that such a situation ever came to pass, there is already a provision under Article 16 of the treaty for the U.K. to take unilateral action to prevent “serious economic or societal” difficulties. But secondly, the bill itself has nothing to do with goods moving into Northern Ireland from Britain. The powers it takes relates to declarations on goods moving in the other direction, into Britain.

That such a basic and obvious deception has received relatively little attention only highlights the scale of lying and misrepresentation. Major pieces of misinformation are now routine, so smaller fabrications pass nearly unremarked.

Johnson can get away with the extraordinary argument that his bill is designed to “protect the peace process.” It is true that unionists in Northern Ireland dislike the principle of any checks in the Irish Sea.

But it is also true that the sea border was quite literally created at the behest of Johnson, who demanded the removal of former Prime Minister Theresa May’s backstop, which would have made such checks less likely by binding the whole U.K. into a closer relationship with the EU single market and customs union unless and until both sea and land checks could be avoided. Johnson asked for that safeguard to be removed, and instead demanded a “consent mechanism” be inserted to allow the Northern Ireland Assembly to opt out of the protocol in four years.

While this time last year the government was talking up enshrining the consent of the Northern Ireland Assembly in their deal, now they are simultaneously disowning said deal while systematically ignoring the Assembly – and indeed the other devolved institutions in Scotland and Wales.

They have yet to acknowledge a motion passed by the Assembly calling for an extension to the transition period. They have yet to send the Northern Ireland Executive basic information about the operation of the protocol. They have yet to publish a Border Operating Model for the NI-GB border, promised months ago.

They have, however, managed to award a £200 million contract for advising businesses on that border to a consortium led by Shanker Singham, a transatlantic lawyer-lobbyist closely linked to the prime minister who spent years arguing for technological solutions to the Irish border challenge, from which he stood to make money.

I am writing this article in an office at Parliament Buildings at Stormont, the seat of the Northern Ireland Assembly and symbol of the devolved institutions created by the Good Friday Agreement. If you’ve ever seen a photo of the building, you will know that it looks self-confident to the point of being overbearing — but the institutions it houses are fragile.

For nearly a third of the time since their creation in 1998, they have failed to operate due to one crisis or another. They will do well to survive much more of Boris Johnson’s lying.

Sex workers at a coronavirus crossroads

‘I don’t kid’: Trump says he wasn’t joking about slowing...