The government is facing growing opposition to its policy of quarantining all arrivals to the UK, as Easyjet announced it would resume the majority of its flight network in under two months. Read more: Opposition to UKs air travel quarantine plan grows 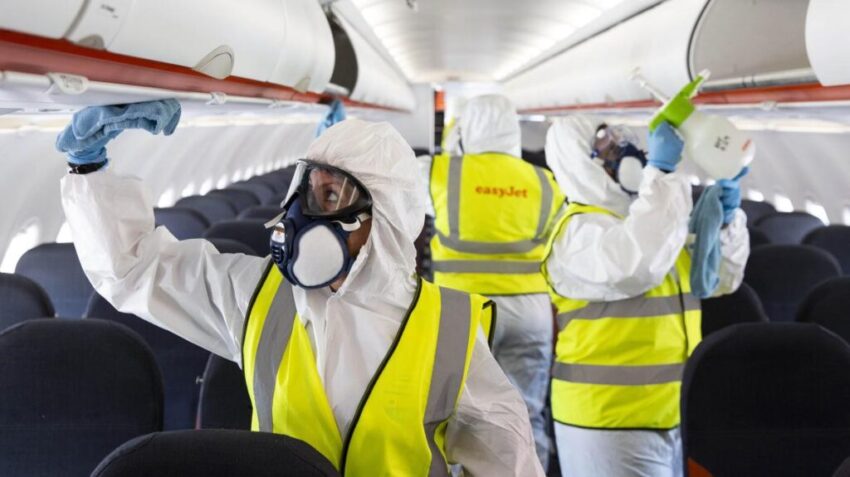 The government is facing growing opposition to its policy of quarantining all arrivals to the UK, as Easyjet announced it would resume the majority of its flight network in under two months.

Conservative MPs, including a former transport minister, lined up to criticise the compulsory two-week isolation period, warning that it was unworkable and could devastate the travel industry.

The blanket restrictions, which will apply to Britons returning to the UK from overseas, will be introduced on Monday. The Home Office was set to unveil further details of the plan today.

However, in a boost for hopes of summer holidays abroad, The Times has learnt that the government is planning to ease these measures by the end of this month in favour of quarantine-free “air bridges” between the UK and low-risk countries. This is likely to include tourist hotspots such as Greece and Portugal.

Today, Easyjet sought to capitalise on growing clamour for holidays overseas by announcing that it would resume almost three-quarters of its flight network by August.

Britain’s biggest budget carrier will initially resume some flights from June 15 including from Gatwick, Bristol, Birmingham, Liverpool, Newcastle, Edinburgh, Glasgow, Inverness and Belfast. It will operate half of its 1,022 routes from the start of July and increase to 75 per cent in August, although flight frequencies will be reduced, equating to around 30 per cent of usual capacity for the period.

Easyjet also launched its “biggest ever” summer sale to turbo-charge bookings, with more than one million flights on offer from £29.99 between July and the end of October.

It is feared that the vast majority of Britons will refuse to fly abroad while the quarantine remains in place, with research published yesterday suggesting that only one in five holidaymakers would proceed with an overseas break.

However, it is believed that the strict quarantine could be dropped as soon as June 29 — just three weeks after it is implemented — in favour of air bridges.

A five-point assessment will be used by ministers to judge which countries will be prioritised for possible air bridge agreements. The criteria emphasises the economic importance of the country to the UK, number of passengers, amount of trade, airport health screening in place and Covid-19 “risk picture”.

One former minister said that the transport secretary Grant Shapps disapproved of the quarantine proposals, as well as around half of Conservative backbenchers.

“It is not really being driven so much by the Department for Transport as by the Home Office,” he said. “It’s a belated response to not having quarantine when it might have been effective. Air bridges are a good idea but they rely on other countries.”

Today, Simon Clarke, a local government minister, acknowledged that the initial quarantine would be lifted “as soon as it’s safe to do so”. He told BBC Breakfast: “This is a temporary, time-limited measure to make sure that we avoid that risk manifesting itself.

“It is very clear that as of Monday, 8 June, a two-week quarantine is in place for people coming into the UK from abroad and that needs to be understood very clearly.

“It will obviously depend on progress and we all want these restrictions to be lifted as soon as it’s safe to do so.”

Stephen Hammond, the former Conservative transport minister, joined growing opposition to the quarantine plan, saying that air bridges would be a “sensible, targeted response” to the crisis. “I think, as we’ve seen across the world, people are taking measures out of lockdown and this targeted approached would be a much more sensible way to behave,” he told the Today programme on BBC Radio 4.

Roger Gale, the veteran Tory MP for North Thanet in Kent, told The Times: “It’s going to be hugely disruptive and I’m not convinced that it’s going to serve any useful purpose now. If it had been done four months ago it would have been a very good thing, but we seem to be clamping down when everybody else is lifting the curbs.”

Labour has also questioned the wisdom of imposing the quarantine from June 8 — 12 weeks after the lockdown was first imposed.

James McMahon, the shadow transport secretary, said: “The confusion over arrivals and quarantine has wide-reaching ramifications for the British economy, particularly hospitality, aviation and tourism. Huge numbers of jobs are at risk.”

From Monday anyone arriving in the UK, including Britons returning from overseas, will be required to self-isolate for two weeks. Spot checks will be carried out on addresses and £1,000 fines could be imposed on people flouting the rules. The plans will be reviewed every three weeks.

However, the plan has been criticised as “unworkable”.

Last night, The Guardian reported that those subjected to the quarantine will be able to go food shopping, change accommodation and use public transport.

The government has acknowledged that it is drawing up plans to replace the blanket measures with air bridges that would enable people to travel, without being quarantined, between countries where the risk of coronavirus infection is low.

Yesterday The Times published details that the plan was likely to be implemented at the first opportunity, when the quarantine is subject to review on June 29. The government was looking at this “very seriously; as things stand they will happen, likely on 29 June,” one source said.

A senior government official said the introduction of air bridges in time for at least part of the summer holiday season was becoming “more likely” and that work was taking place across Whitehall on implementation. The official said it was possible that the policy would not be adopted after the first review period. Priti Patel, the home secretary, is said to remain sceptical.

Boris Johnson hinted last week that the shift was possible by the end of this month providing that the UK “makes progress in tackling the disease, and . . . that the other countries are in at least as good a position as we are”.

How to Successfully Market Your Business With Voice Search

Graduates face the prospect of fewer job offers and lower...

Time is running out for French Connection

Self-employed Income Support Scheme what it means for you