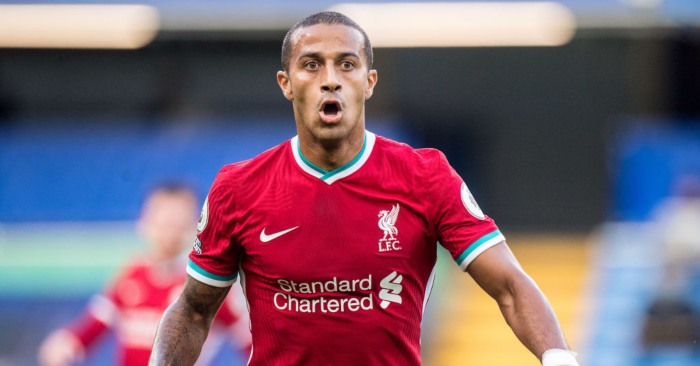 Jurgen Klopp was convinced Liverpool needed to sign Thiago Alcantara this summer after watching him in the Champions League final, according to The Athletic journalist David Ornstein.

Thiago made his feelings known at the end of last season that he wanted a new challenge, and Bayern Munich were keen to get something for the midfielder who was entering the last year of his contract.

With the 29-year-old keen on a move to Anfield, Liverpool were in a strong negotiating position and they confirmed a deal for a reported £25m over the weekend.

Ornstein said in his video for The Athletic: “It was always moving in the right direction. It was more a matter of when, rather than if, and Bayern wanted this sorted before their new season. Ultimately, that proved to be the case.

“Liverpool needed no convincing but when Jurgen Klopp and his coaching staff where watching the Champions League final over a drink – at Liverpool’s pre-season training camp in Austria – it underlined the fact that Thiago would be the perfect signing for their team and their club.

“The Liverpool players were starting to get excited about the idea of this happening and the deal really came together last week in the early part. Around Monday, I think, there was a breakthrough in talks that had been taking place over the weekend.

“Liverpool dispatched their club doctor, Jim Moxon, to begin the medical process in Germany. And then it was done for a fee in the region of €30m. Liverpool will pay around £5m per year for each of the four years of Thiago’s contract, plus some performance-related add-ons.

“So it would appear to be a fantastic transfer from a footballing and a financial perspective.”

Ornstein added: “I was told at one point that Thiago and his wife really craved the idea of moving to live and play football in London. But the lure of Liverpool just proved too much.

“The Premier League champions and recent European champions, with their famous history and this attacking team that, under Jurgen Klopp, really does seem irrepressible.”