Ottawa spent millions on domestic vaccine production. Where is it?

Politics Insider for Nov. 25: The PM says there is no domestic capacity to produce COVID-19 vaccines, Chrystia Freeland makes a date with fiscal destiny and just how much sanitizer has Canada purchased? The post Ottawa spent millions on domestic vaccine production. Where is it? appeared first on Macleans.ca. 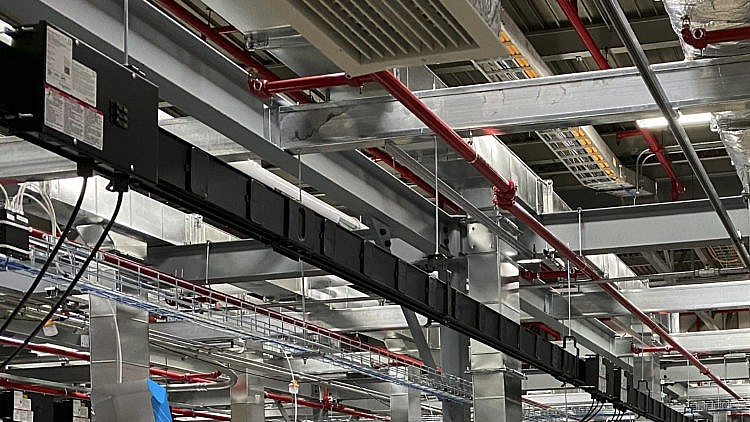 Prime Minister Justin Trudeau made an extraordinary admission yesterday at a press conference outside his home. Trudeau said that Canada “no longer has any domestic production capacity for vaccines.” The PM added that the United States, Germany and the U.K. are “obviously going to prioritize helping their citizens first.” But is it true that Canada no longer has that capacity?

Tory MP Michelle Rempel Garner begged to differ, pointing to recent federal funding for the VIDO-InterVac facility at the University of Saskatchewan and the National Research Council’s Human Health Therapeutics Research Centre in Montreal. Amir Attaran, a biomedical scientist at the University of Ottawa (and Maclean’s contributor), says the Montreal centre “has the facilities to make adenovirus-based vaccines,” including the Oxford/AstraZeneca offering. Attaran says other countries have already teamed up with the drug company.

Earlier this year, the PM did  for VIDO-InterVAC that would only support “pre-clinical testing and clinical trials,” and eventually produce vaccine in large quantities by next year.  for the NRC facility was supposed to “enable the preliminary production of 250,000 doses of vaccine per month starting in November 2020,” and $126 million over two years would ramp up production to “two million doses per month by next year.”

Meanwhile, the feds are putting out tenders for vaccine logistics service providers to help distribute whatever doses are available. And the Department of National Defence is to “store and transport” COVID-19 vaccines “for military population.”

Finance Minister Chrystia Freeland will deliver a long-awaited fiscal update on Nov. 30. Yesterday, Freeland announced the date in the House of Commons. The day before, she tabled a report to Parliament mandated by a federal law on the extend of federal borrowing. That report says Freeland intends to increase the total amount the feds can borrow. The current limit is $1,168,000,000,000, a number that doesn’t include $286 billion in extraordinary borrowing. Any increase requires legislation, but if Freeland’s office has a timeline for tabling, they wouldn’t share it with Maclean’s.

From the depths of Hansard: Kevin Lamoureux, the parliamentary secretary for tabling responses to written questions on the order paper, tabled a few responses earlier this week. Some highlights: The feds have spent $5,475,000 on “legal proceedings involving veterans and veterans’ groups” since Jan. 1, 2018. The Public Health Agency of Canada has “housed approximately 32 foreign nationals” at federal quarantine sites—and was reimbursed $40,000 by “shipping agents” whose crew didn’t follow protocols when their vessels docked in Canada. Also, the feds have so far purchased 20,649,819 litres of sanitizer.

Peak oil: Canada’s energy regulator says the nation’s fossil-fuel consumption could be 12 per cent lower by 2030 and 35 per cent lower by 2050, if governments take “increasing action on climate change.” In what a new CER report calls an “evolving energy system scenario,” oil production will peak at 5.8 million barrels per day in 2039 before declining, and half of all passenger vehicles will be electric by 2050. But meeting the federal target of net-zero greenhouse gas emissions by 2050 “will require an accelerated pace of transition away from fossil fuels.” Watch the future unfold in .

The Inuit Circumpolar Council wants an international ban on the use and carriage of heavy fuel oil in the Arctic to start much sooner. The International Maritime Organization’s proposed ban wouldn’t take effect until 2024, and some exemptions will apply until 2029. “Protections that take effect in ten years do nothing to address the immediate impacts and imminent threat of a [heavy fuel oil] spill and climate change,” reads a sharply worded ICC press release that bemoaned the “disappointing outcome” of the IMO meeting.

Global Affairs Canada is looking for someone to maintain the sprawling grounds of its ambassador’s residence in the Netherlands (). The heritage building, tucked away in the woods, has been Government of Canada property since 1949 (and traces its origins to medieval times). Fun fact: More than 1,400 trees dot the property, and a 2018 survey documented every single one. There’s also a vegetable garden.

Caught in the act: A two-minute video of Ottawa city councillor George Darouze shows clear evidence that, during a virtual meeting and while wearing headphones, the councillor . Meanwhile, a laptop webcam in his passenger seat recorded the whole thing. Darouze apologized, saying he “inadvertently”—i.e. without intention; accidentally—sent the text messages. Sounds like a contradiction in terms to us.

The post Ottawa spent millions on domestic vaccine production. Where is it? appeared first on Macleans.ca.