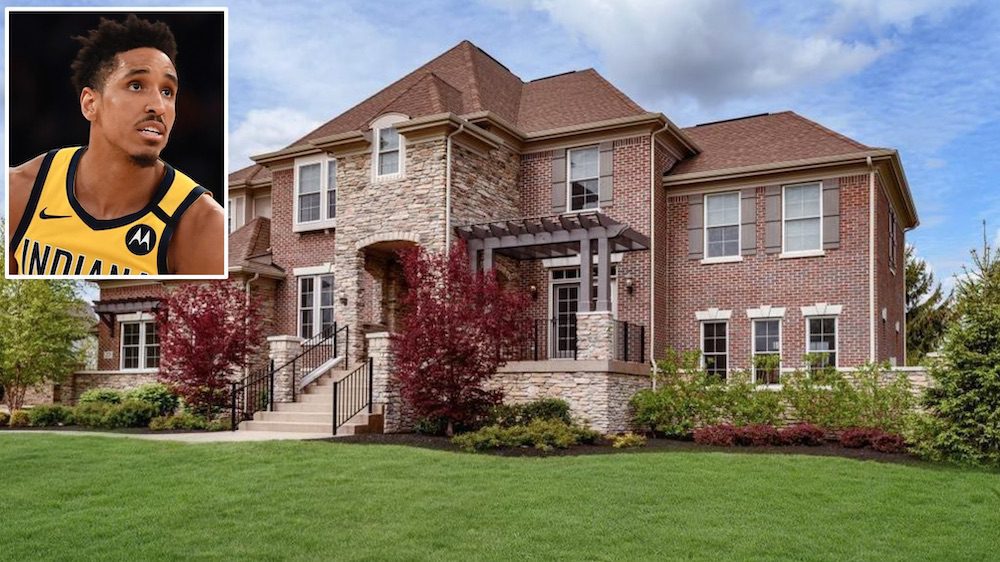 Indiana Pacers guard Malcolm Brogdon has passed his Fishers, IN, home to a new owner for $955,000.

Brogdon purchased the place, which is located about a half-hour outside of Indianapolis, in August 2019 for $960,000—shortly after being traded from the Milwaukee Bucks to the Pacers.

But while the NBA was paused due to the coronavirus pandemic last spring, Brogdon had a change of heart.

Built in 2015, the elegant estate is a slam dunk for the buyer.

The 7,164-square-foot home has four bedrooms and 5.5 baths. Set on a half-acre on the third green of Hawthorn’s Golf Course, the property is part of the popular Hamilton Proper neighborhood.

The upscale kitchen is equipped with double ovens, custom cabinetry, and a large island. The kitchen opens to a breakfast nook and a family area with fireplace.

The resort-style community includes private golf, tennis courts, a pool, as well as a country club. It’s about a 20-mile jaunt to Indianapolis with its many restaurants and shops, as well as Bankers Life Fieldhouse—where the Pacers call home.

The Atlanta native maintains a mansion in that city’s popular Buckhead neighborhood, home to many prominent athletes and businesspeople.

He purchased the upscale abode in 2019 for $2.35 million. The contemporary five-bedroom home sits on a 1.8-acre lot complete with fire pit and putting green.

Brogdon, 28, played college ball with the Virginia Cavaliers and earned All-American honors. After graduating with bachelor’s and master’s degrees, he was selected by the Milwaukee Bucks in the 2016 NBA draft, and was named NBA Rookie of the Year for the 2016–17 season. In 2019, he signed a four-year, $85 million guaranteed contract with the Pacers in a sign-and-trade deal with the Bucks.

Letting agents! Get up to speed on the post-Covid world...