Fans of Filipino boxing legend Manny Pacquiao across the globe will celebrate today to commemorate the only time their idol ever fought on May 2nd, back in 2009 against Ricky Hatton, because that fight with Floyd Mayweather on the same day in 2015 didn't happen, okay?Now a national holiday in the Philippines, May 2nd has become a day of blissful ignorance and celebration for fans of the eight-division world champion known as 'Pacman'. We asked one super fan why he and so many others choose to

adminmimicnewscom
0 172
Fans of Filipino boxing legend Manny Pacquiao across the globe will celebrate today to commemorate the only time their idol ever fought on May 2nd, back in 2009 against Ricky Hatton, because that fight with Floyd Mayweather on the same day in 2015 didn't happen, okay?
Now a national holiday in the Philippines, May 2nd has become a day of blissful ignorance and celebration for fans of the eight-division world champion known as 'Pacman'. We asked one super fan why he and so many others choose to celebrate the boxer on the day of his most famous loss:
"Mayweather did not win a unanimous decision against Pacquiao on May 2nd in 2015. We choose to believe it never happened, and every year we celebrate our right to ignore it by watching the Hatton fight on repeat.
"Even if it did happen, Pacquiao was injured and only had one arm, the judges were paid off, it should have happened in 2010 anyway, and Floyd used an illegal IV before the fight, so it doesn't even count. Just stop talking about it, okay? I'm getting angry. Manny Pacquiao has never lost a fight, period. I don't care if his official record says he has seven losses.
"Today marks the anniversary of the one and only time the great Manny Pacquiao ever fought on May 2nd, when he brutally knocked out Ricky Hatton in the second round. So if you'll excuse me, I'm going to go watch it for the ninth time today."
(While you're here, we'd appreciate if you'd give us a like on Facebook, or follow us on Instagram or Twitter. Just click one of the links below! Or you can sign up to our newsletter!)
Source : The Sport Tag More

In a rare interview, Syria’s President Bashar al-Assad told The Mideast Beast (TMB) that he was greatly influenced by the latest developments in Israeli politics. Assad said that after hearing about the formation of a unity coalition “I was mind fucked. This is so brilliant. I am totally down to end the civil war and The post After Seeing Israel’s New Coalition, Assad ‘Totally Down’ with Unity Government appeared first on The Mideast Beast. 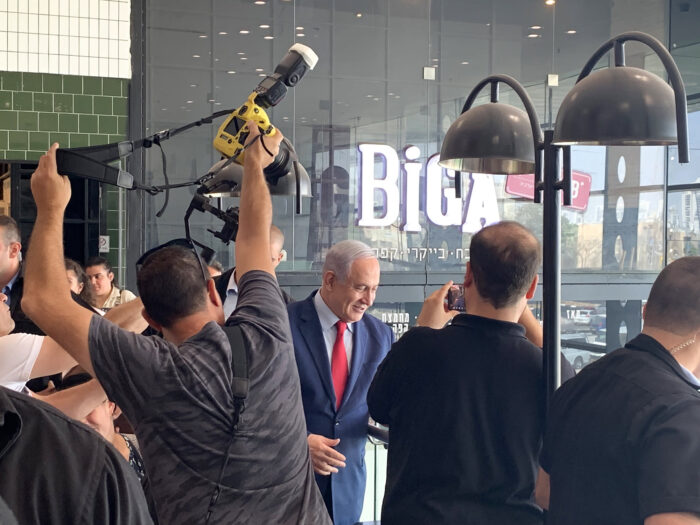 In a rare interview, Syria’s President Bashar al-Assad told The Mideast Beast (TMB) that he was greatly influenced by the latest developments in Israeli politics. Assad said that after hearing about the formation of a unity coalition “I was mind fucked. This is so brilliant. I am totally down to end the civil war and establish a unity government like the Zionist have.”

The Syrian autocrat said that he would be willing to have each faction designate a “Benny Gantz-like leader,” to join the government. “If the leaders of the Free Syrian Army, Jabhat al-Nusra, ISIS, or any other rival faction want to become prime minister-designate, please, be my guest.” Assad added that he would maintain a veto on appointments to ministerial positions that hold any real power, “like Bibi and the courts,” he explained.

Assad said that a unity government can bring an end to the civil war, which has killed half a million people and led to the century’s largest refugee crisis. “This way we end the war and establish a government with immense power, and no opposition. As much as I have to hate the Jews, you have to appreciate the Jewish mind. This dirty Netanyahu trick. It’s bloody brilliant.”

The post After Seeing Israel’s New Coalition, Assad ‘Totally Down’ with Unity Government appeared first on The Mideast Beast.

Iraqi Government to Send in Forces to Liberate America