For the first time in a career spanning a quarter of a century, three-time major champion Padraig Harrington was in the group for the (...) 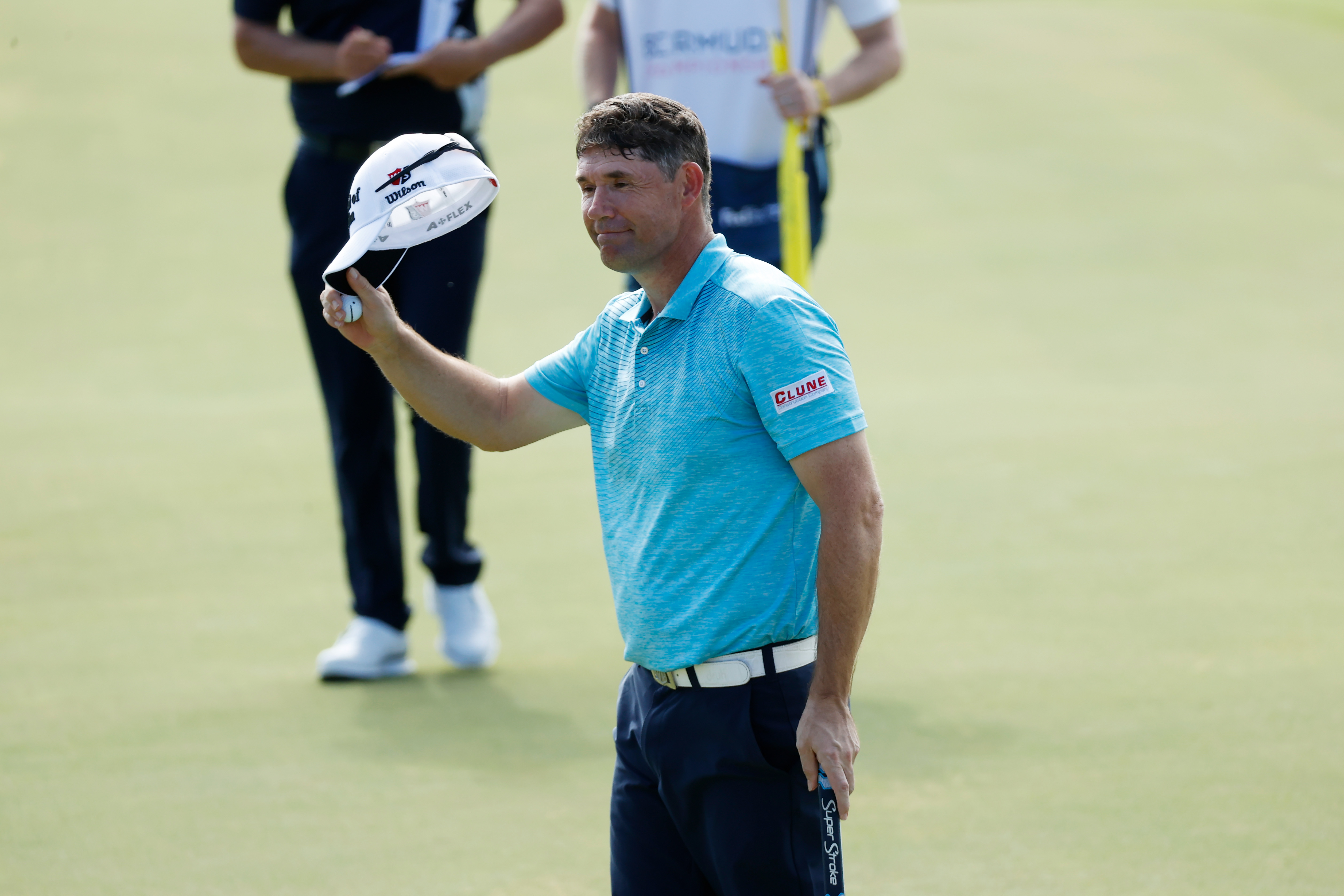 For the first time in a career spanning a quarter of a century, three-time major champion Padraig Harrington was in the group for the first tee time of the day.

“It was nice,” the Irishman said of his 6:45 a.m. ET tee time in the first round of the Bermuda Championship at Port Royal Golf Club in Southampton, Bermuda. “I have no problem getting up and get going. If this was 10 years ago I would probably be getting up three and a half hours before my tee time. I would be doing all the physio and training and all sorts of stuff.

The 49-year-old Harrington got going in a hurry with five birdies in his first 10 holes and finished with a 4-under-par 67 that placed him on the first page of the leaderboard among the early finishers.

“I came back out of lockdown and I’ve been hitting the ball off the tee the best I’ve ever hit it and I’ve been putting well,” Harrington said. “My irons and my wedges haven’t been good and again my wedges were poor today. So I’m in a nice place, I don’t feel in any shape or form that I outplayed myself today.

This is Harrington’s first start on the PGA Tour since he missed the cut in the Arnold Palmer Invitational in March. It was his ninth consecutive missed cut on the PGA Tour. But in four starts on the European Tour prior to going to Bermuda, Harrington missed one cut, tied for 40th in the BMW PGA Championship, tied for ninth in the Scottish Open and tied for 14th in the Scottish Championship.

He’ll keep tinkering with his swing like he always has, keep working long hours like he always has. So, no, Harrington, who turns 50 next August, does not have any PGA Tour Champions’ events circled on his calendar, though the senior circuit intrigues him.

“Possibly even before the PGA Tour scores, I look at the Champions Tour scores,” he said. “I don’t know what that tells you. I would play wherever I think I could win and that’s it. So if I don’t think I can win out here, I won’t play here. I’m not here to turn up, I’m here to try and win, and wherever I’m playing, in my head I think I can win.”

Padraig Harrington of Ireland reacts after finishing on the 18th green during the first round of the Bermuda Championship at Port Royal Golf Course on October 29, 2020, in Southampton, Bermuda. (Photo by Gregory Shamus/Getty Images)

Harrington, who is playing the Houston Open next week, might not join the Champions tour next year but 2021 is definitely going to be different. Harrington is the Ryder Cup captain for Europe, so those duties will come calling.

“Right now it’s very quiet with Ryder Cup duties,” he said. “It’s kind of all about me now at the moment. Come the first of January and the points start up again, obviously there will be a bit more detail.

“How do I balance it? Basically, I’m older and I know I can’t do as much, so that’s it. I just have to take it a little bit easier and not, you know, do my old schedule. I’ll be busy with the Ryder Cup.”

Until then, he’ll keep going and trying to win No. 22.

Why is there such variability in the All Blacks’ forward performances?