Palmer puts his money on Hamilton to snatch title

Max Verstappen reclaimed the lead in the championship in Turkey, but Jolyon Palmer is putting his money on... The post Palmer puts his money on Hamilton to snatch title appeared first on F1i.com. 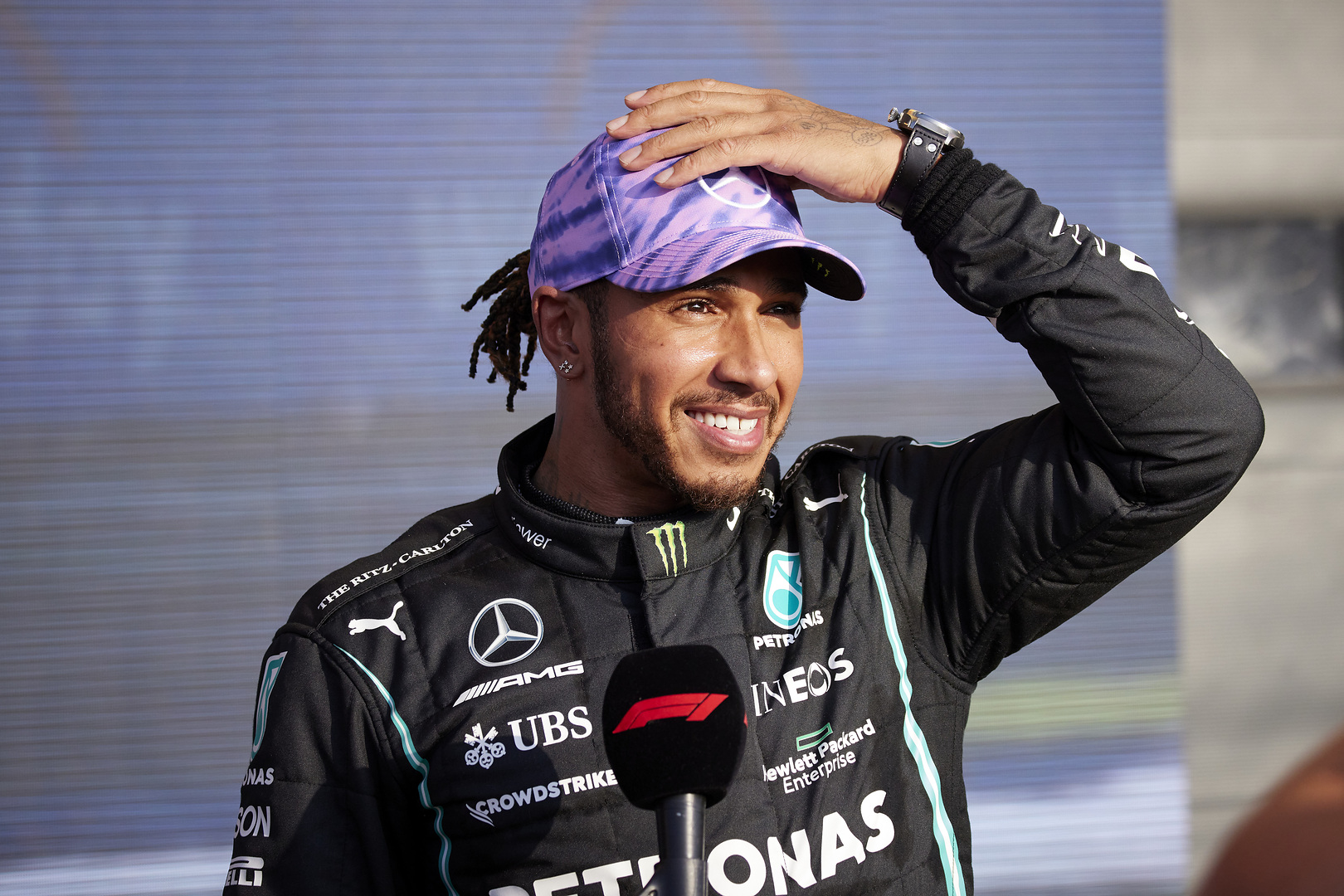 Max Verstappen reclaimed the lead in the championship in Turkey, but Jolyon Palmer is putting his money on Lewis Hamilton to win an eighth F1 world title.

With six rounds remaining, the battle between the Dutchman and his Mercedes rival looks set to go down to the wire. But Palmer feels that Bottas' dominant win at Istanbul Park bodes well for Hamilton.

"You know what, for the first time this season I'm starting to think maybe Lewis is the favourite overall," Palmer told radio station talkSPORT.

"I actually think Verstappen can't be happy with that race. Yes, he's taken second, he's got the championship lead, but he was no match for Valtteri Bottas. Hamilton, if he was starting from pole which is where he qualified, he's winning this easily I think.

"Lewis has taken his engine penalty, lost a few points, that was pretty much going to be a given unless something remarkable happened, which it didn't.

"But I'm worried for Red Bull because I can't remember the last time they really showed a lot of pace."

Palmer sees the final six races split up equally between Red Bull and Mercedes, but reckons that Verstappen and Red Bull will need perform absolutely flawlessly in the final stretch of three events to beat Hamilton and Mercedes to the title in Abu Dhabi.

"This one was in between, no one really knew where it was going to go, and it was quite categorically Mercedes who were stronger.

"The fact that Bottas was completely unchallenged by Verstappen, they were one and two the whole race, but Bottas never had to check his mirrors, [and] ended up winning by 15 seconds.

"That's a statement by Mercedes, and even though Hamilton's behind in the championship, he's the stronger [Mercedes] driver quite comfortably.

"He's going to be able to apply the pressure and really turn the screw in the Middle Eastern races, [so] Verstappen has to really fly in the next couple."

The post Palmer puts his money on Hamilton to snatch title appeared first on F1i.com.

Verstappen winning title would be 'feel good story' for F1

Verstappen winning title would be 'feel good story' for F1

Daniel Ricciardo says Max Verstappen's coronation this season would put a "fresh face" at the top of F1's... The post Verstappen winning title would be 'feel good story' for F1 appeared first on F1i.com. 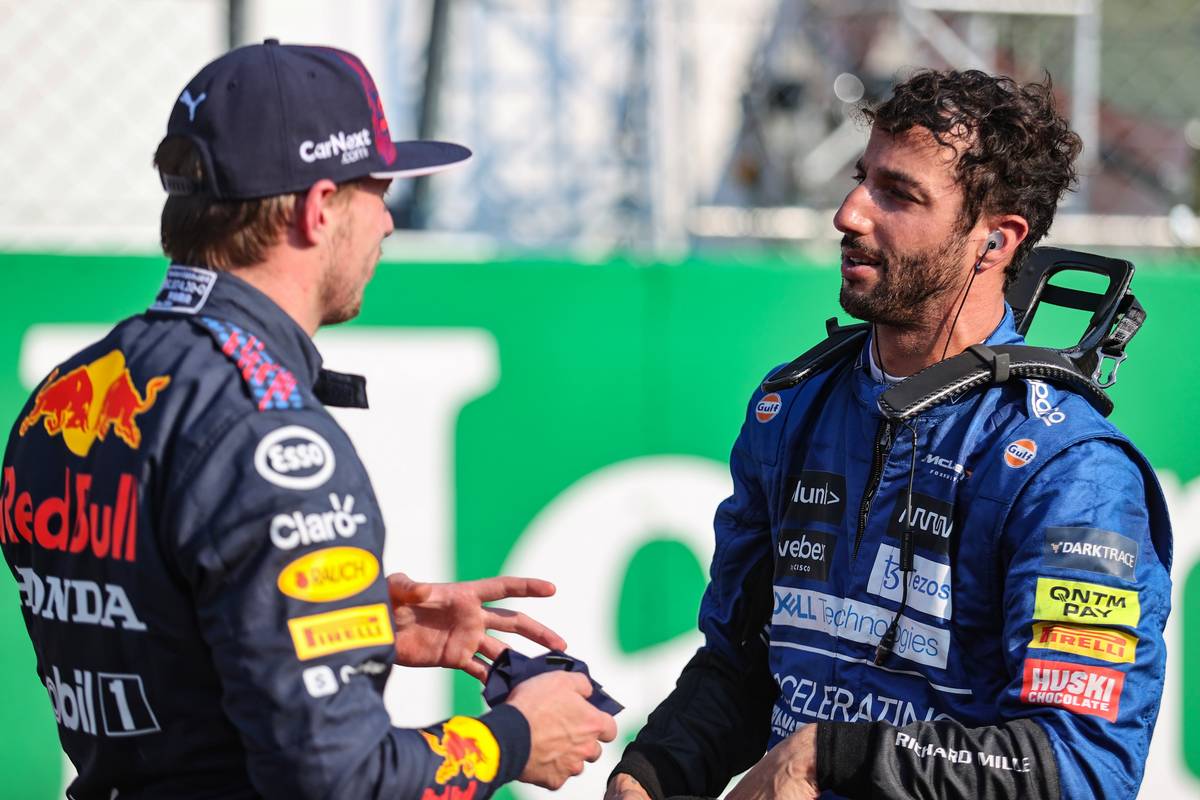 Daniel Ricciardo says Max Verstappen's coronation this season would put a "fresh face" at the top of F1's pyramid and produce a "feel good story" for the sport.

Verstappen will therefore head to Austin next week with a six-point advantage over the seven-time world champion with six rounds remaining in the 2021 campaign.

Since the advent of Grand Prix racing's hybrid era in 2014, Mercedes has upheld its dominance in every single season, cumulating seven consecutive team and driver championships, with Hamilton only defeated once during his tenure with the Brackley squad, in 2016, by teammate Nico Rosberg.

The epic battle this season between Formula 1's two protagonists is immersing the fans, and Ricciardo is no exception, even though the Aussie steered clear of naming his favourite for the world title.

"I think just kind of ‘may the best man win’,' said the McLaren driver in Turkey last weekend, quoted by RaceFans.net.

"The rivalry they’ve had this year has been pretty awesome. As a fan, I think they’ve left it all out there. So from that point of view, I think they are where they are.

"I think it’s fair at the moment in terms of they are nip-and-tuck. So no preference."

This year's Italian Grand Prix winner won't risk a prediction on the outcome of the title fight but suggests that Verstappen is likely the winner of the popular vote among fans.

"I think obviously people do like to see like a fresh face, so maybe Max is the more popular vote because it would be a first title for him and it’s something new and exciting for everyone," commented Ricciardo.

"So that’s always like you’ve got that feel-good story.

"But I think as long as no misfortune is involved, then I think the guy that wins is the one that’s going to deserve it."

The post Verstappen winning title would be 'feel good story' for F1 appeared first on F1i.com.