Police in Western Australia are searching for a "passenger vehicle" in the disappearance of Cleo Smith, as authorities rule out the missing four-year-old was being stalked. 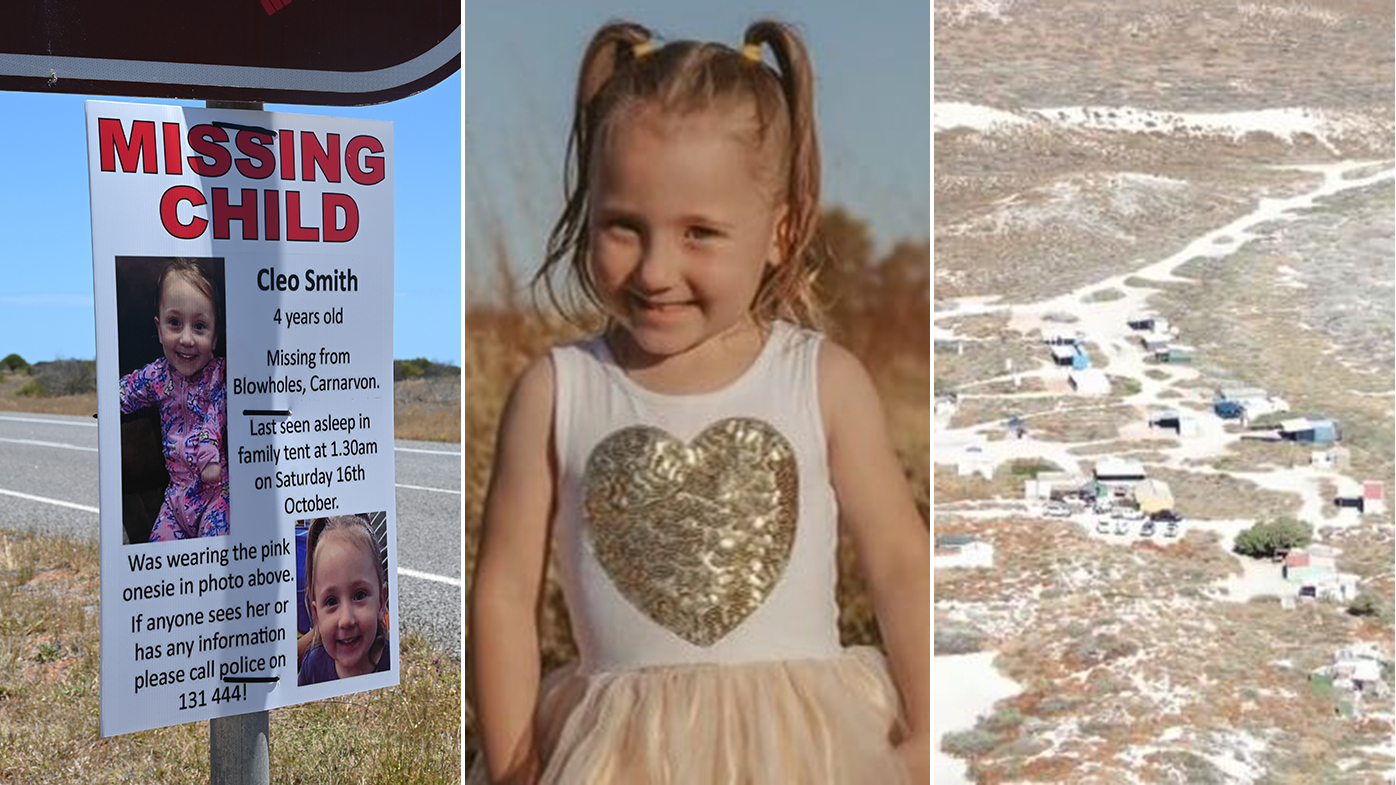 Police in Western Australia are searching for a "passenger vehicle" in the disappearance of Cleo Smith, as authorities rule out the missing four-year-old was being stalked.

Cleo was last seen at 1.30am on Saturday October 16 in a tent she was sleeping in with her parents at the Blowholes campsite in Macleod, north of Carnarvon.

WA Police Detective Superintendent Rod Wilde today issued a public appeal urging anyone who saw a vehicle driving south towards Carnarvon between 3am to 30am on October 16 to contact police.

Superintendent Wilde described the vehicle as "a smaller vehicle, probably a passenger vehicle".

He said the vehicle turned out of Blowholes Road and turned south towards Carnarvon in the Glascoyne region.

"What we're hoping for is the persons that were in that vehicle to come forward and make themselves known," Superintendent Wilde said.

He said the individual or individuals in the passenger vehicle are not considered suspects.

"We just want to establish who they were and what they were doing at that time," he said.

Superintendent Wilde declined to speculate as to whether Cleo was in the vehicle in question.

He said two people who were travelling together along the North West Coastal Highway in the early hours of Saturday October 16 had contacted police about sighting the car.

He said if Cleo had been abducted she was probably still in the state. 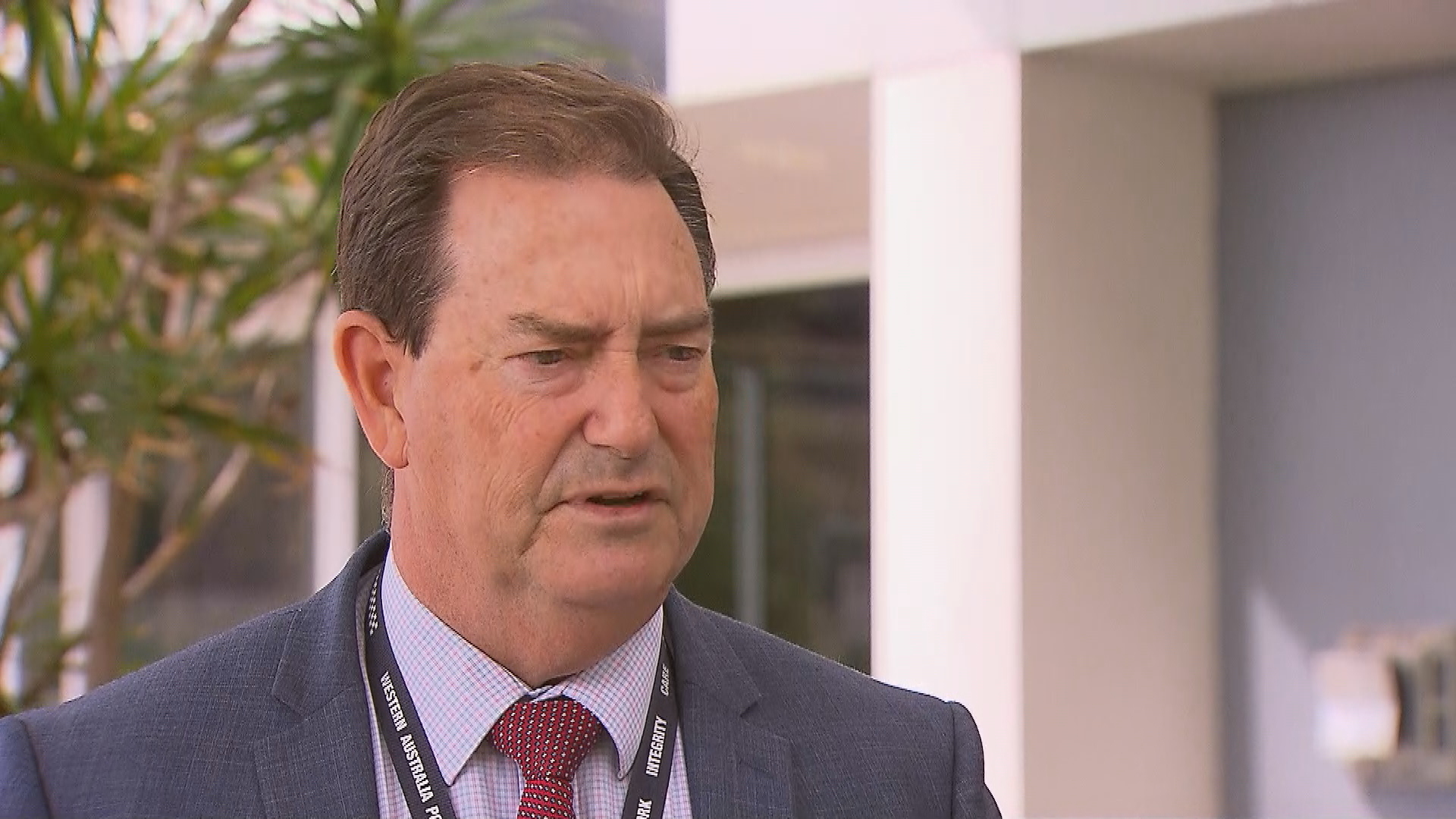 "It's more likely, if she has been taken, that she's still within WA," he said.

He said if the little girl had been kidnapped it was "more than likely it was a chance event".

"There's no evidence that Cleo was stalked at all," he said.

Superintendent Wilde said police had CCTV confirmation Cleo had been at the campsite the night before she disappeared.

"Cleo was certainly there, in the campsite, on that evening," he said.

"There's some shacks there with motion-sensor CCTV. It's very limited. From one of the shacks the CCTV there we have reviewed that. We believe that Cleo's voice is heard on the CCTV and from that we've confirmed… and we also have no some further information, evidence from the parents that establishes that certainly, Cleo was there on that evening."

Superintendent Wilde said the CCTV footage picking up Cleo's voice was just after the family arrived at the campsite.

With no sign of her since her disappearance despite a huge land and water search, a $1 million reward has been announced for anyone who provides information that leads to Cleo's recovery.

A two-year-old boy has been rushed to hospital after being pulled unconscious from a backyard pool in Sydney's west. 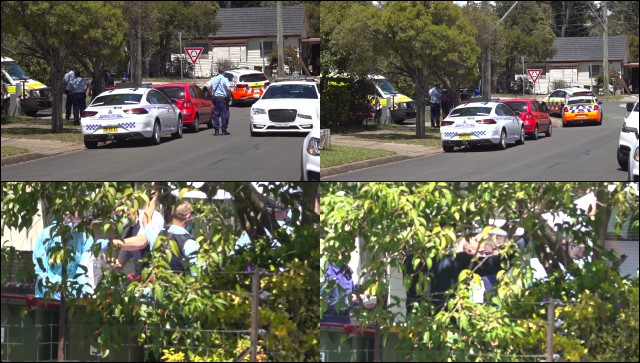 A two-year-old boy has been rushed to hospital after being pulled unconscious from a backyard pool in Sydney's west.

Emergency services were called to a property on Charles Street, Blacktown about 12.40pm after the toddler was found in a pool unresponsive.

Paramedics treated the child at the scene before taking him to the Children's Hospital at Westmead in a stable condition.

NSW Police attended the scene and are investigating the incident, which is not being treated as suspicious.

Inside the frontline work of the COVID-19 contact tracers