"We're in danger of being swamped by Black Friday sales" 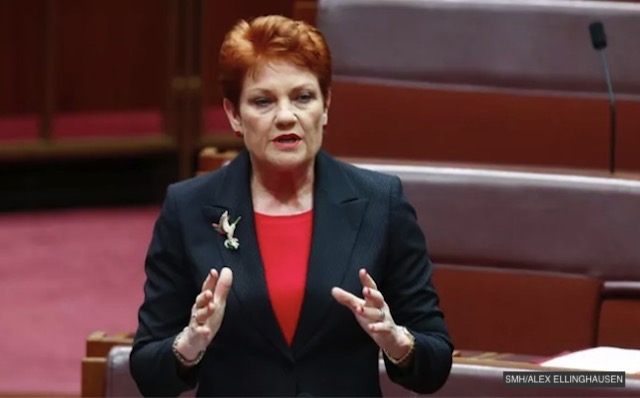 One Nation leader Pauline Hanson has moved a motion in the Senate declaring that ‘All Fridays Matter’, following an emotional speech in which she claimed the term Black Friday is racist against white people.

“Once again we see white people being marginalised in this country,” Ms Hanson said. “I refuse to allow this blatant discrimination to continue. Today I demand that the government says, on record, that all Fridays matter”.

The Queensland Senator said the country was in danger of being swamped by Black Friday sales.

“Like so many Australians, my inbox has been inundated with ‘Black Friday this’, ‘Black Friday that’. Granted there have been some wonderful bargains. But as yet not a single mention of White Friday. So typical of this country’s disrespect for white people”.

Trump Redeploying Troops from Afghanistan to Fight War on Thanksgiving

Channel Nine Commits To Diversity By Embracing A Wider...

Why Didn’t Anyone Mention Police Brutality Before Last...