PAYS brings happiness for all at Brooklyn on this Eid.

Brooklyn, New York City, After the pandemic outbreak Eid came and brought a message of happiness to all. The Pakistani American Youth Society-PAYS has opened Hamza Mosque at NewKirk Avenue in Brooklyn. Eid stalls were set up in collaboration with of Helping Hands, Net Costs Supermarket, Innayah Services and Muslim Giving Back. Children, adults, young …

After the pandemic outbreak Eid came and brought a message of happiness to all. The Pakistani American Youth Society-PAYS has opened Hamza Mosque at NewKirk Avenue in Brooklyn.

Eid stalls were set up in collaboration with of Helping Hands, Net Costs Supermarket, Innayah Services and Muslim Giving Back.

Speaking to Voice of South Asia-VOSA, Kashif Hussain of the PAYS said that last year’s Eid-ul-Fitr was overshadowed by the pandemic outbreak. This time we got the opportunity, and we decides that why not we include everyone in this happiness.

The youth of the community voluntarily worked hard to distributes Eid gifts and share happiness with all.

Nassau County, New York The Jewish woman is also against Israeli atrocities and comes out in support of the Palestinians, the Muslim community of Nassau County in New York city brought together people of all faiths. Unique dress and head covered. These women are Jews but their heart beats for humanity beyond race and religion. …

The Jewish woman is also against Israeli atrocities and comes out in support of the Palestinians, the Muslim community of Nassau County in New York city brought together people of all faiths. Unique dress and head covered. These women are Jews but their heart beats for humanity beyond race and religion. That is why she not only attended the prayer service but also presented a poem for the Palestinians

Hundreds of people of all faiths attended the prayer gathering.

She also waved Palestinian flags in solidarity with the Palestinians and sent a message to the world that oppression of any nation in any country is unacceptable.

The participants said that the international community and human rights organizations should not be limited to condemning this serious situation and lowered the voices, but should protect the rights of Palestinians in practice and save them from Israeli atrocities.

The Muslim community offered prayers in congregation during the prayer ceremony.

Whole world is suffering because Beijing failed to stop...

A success story of Vietnam in fight against COVID-19

Three Arrested in Laos for Illegally Mining Gold on Land...

Cambodia Announces Drive to Clear Cases in the Country’s... 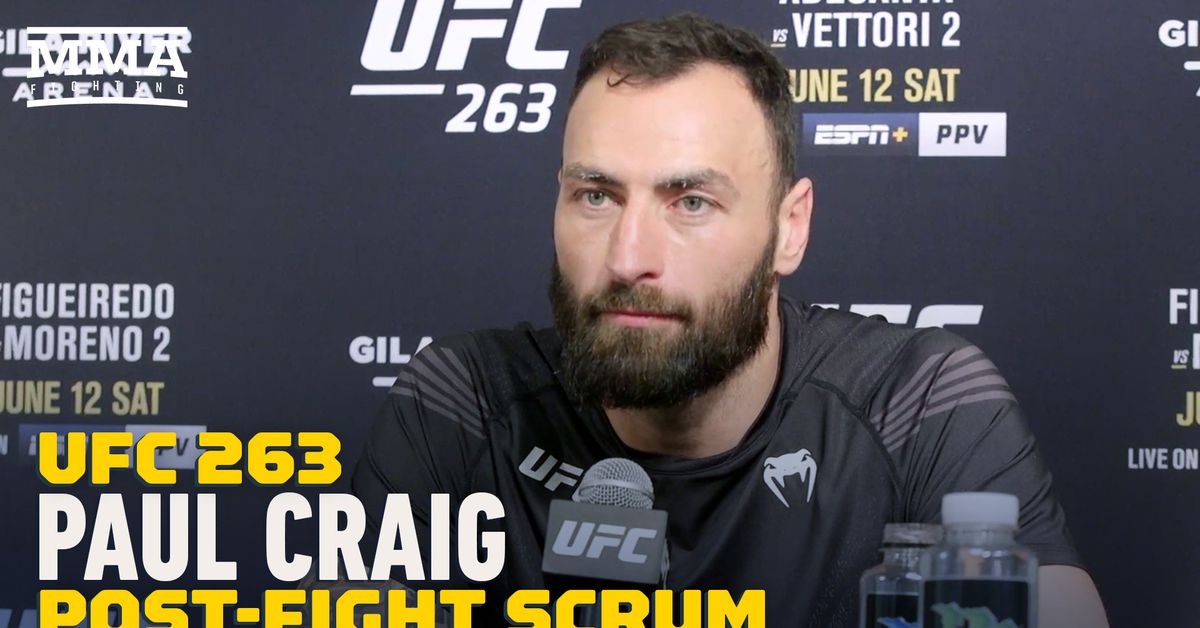 The Wuhan Lab Leak Hypothesis Is A Conspiracy Theory, Not...

Despite the enormous flood of recent reports, there’s no good evidence for a lab leak.Continue reading on Starts With A Bang! » 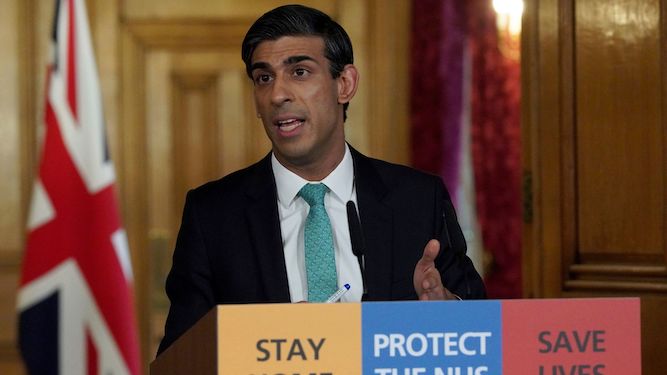 Rishi Sunak will be presented with more demands to help businesses as Boris Johnson prepares to push back the June 21 lifting of restrictions. The British Chambers of Commerce (BCC) said the chancellor would need to delay the tapering of the furlough scheme; from July 1, businesses are due to contribute 10 per cent of staff wages in a staged withdrawal of the job protection scheme, which is set to finish at the end of September. The BCC also called for cash grants and said that “measures need to be in place until the economy is able to reopen fully”. The four-week delay to the lifting of restrictionsProspect of four-week delay in freedom road map wrecks ‘summer of fun’ for angry businesses is expected to lead to another extension of the moratorium on commercial property... 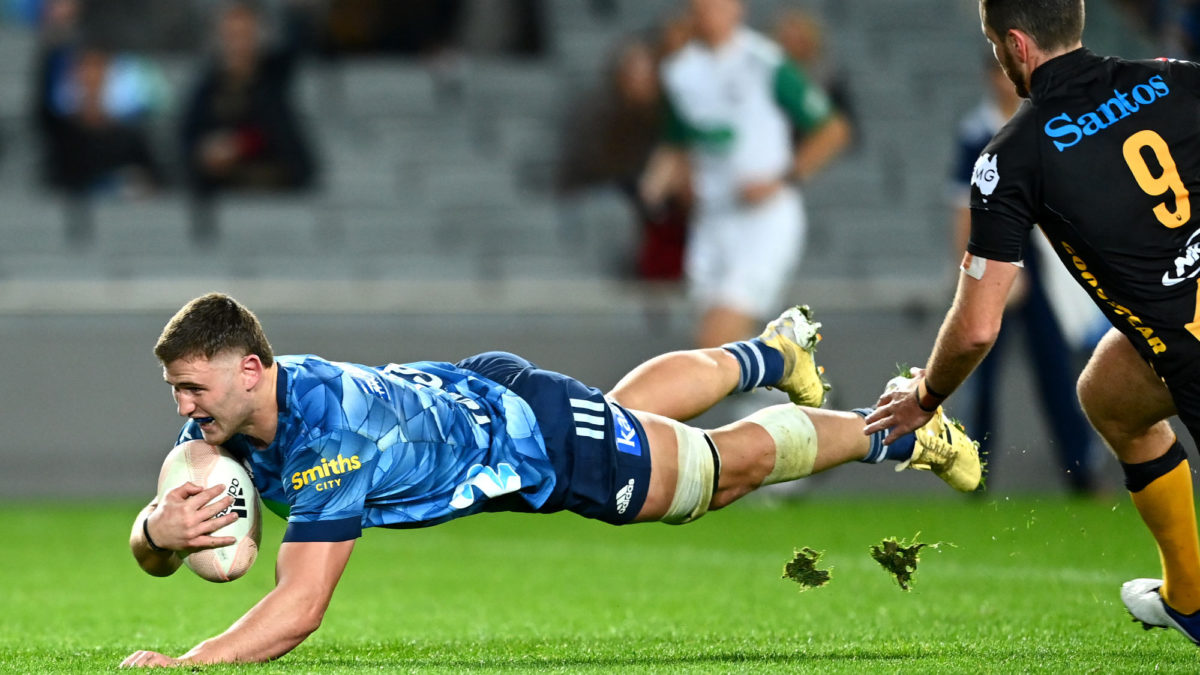 The Blues have secured their place in the inaugural Super Rugby Trans-Tasman final with a 31-21 victory over the Western Force in Auckland. But the win wasn’t as pretty as it could have been ahead of next week’s title decider against the Highlanders back at Eden Park. The Blues were unable to score a second-half try after taking a 28-0 lead into the break. Despite enduring a winless campaign, the Force were Australia’s most consistent outfit and displayed their resilience once again on Saturday night. Tries from Feleti Kait’ui and Tevita Kuridrani slashed the Blues’ halftime advantage before replacement Rob Kearney’s 77th-minute cross created some anxious final moments for the home side. “It was a hard-fought game and when you’ve got a home... 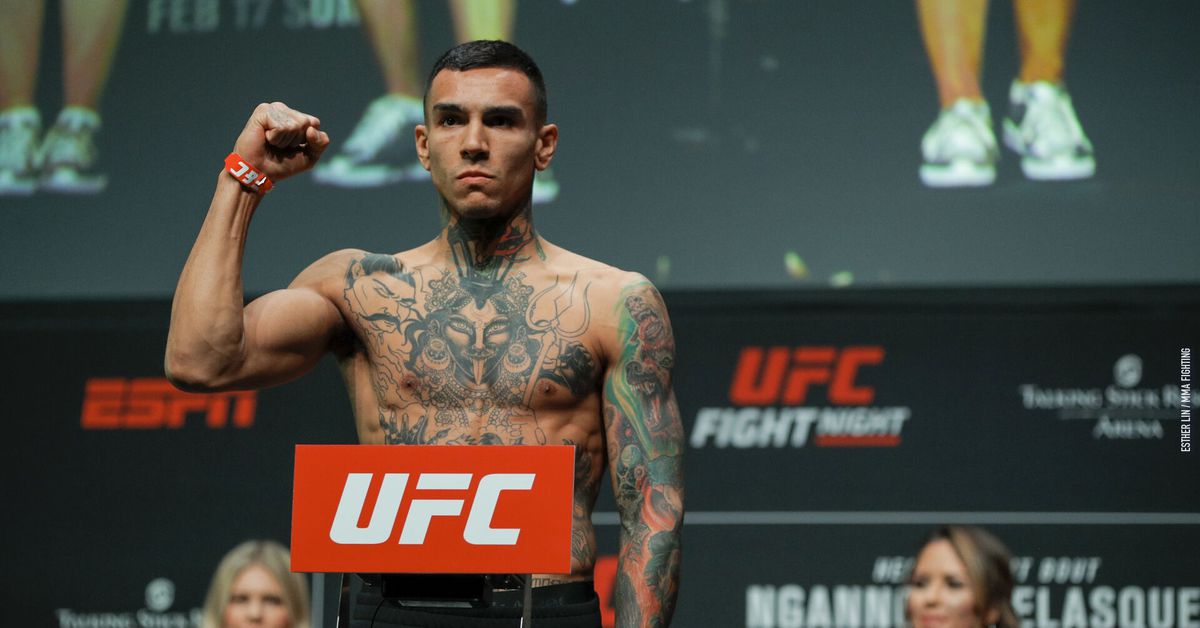 Andre Fili vs. Daniel Pineda serves as late addition to...

Esther Lin, MMA FightingA featherweight matchup has been added to the UFC’s June closeout fight card. Multiple people with knowledge of the promotion’s plans confirmed to MMA Fighting that a bout between Andre Fili and Daniel Pineda will serve as a late addition to UFC Vegas 30. The event takes place June 26 at the APEX and will air on ESPN+. BJPenn.com was first to report the booking. Fili will look to get back on track following a unanimous decision loss to Bryce Mitchell at UFC Vegas 12 this past October. “Touchy” is victorious in three of his last five appearances, which includes wins over Charles Jourdain, Sheymon Moraes and Myles Jury. Pineda will also be looking to bounce back from a loss in his most recent fight, a... WALNUT CREEK (CBS SF) — A 53-year-old man was found dead in a homeless encampment on state property between northbound Interstate 680 and the BART tracks in Walnut Creek on Sunday afternoon, a California Highway Patrol spokesman said. CHP Officer Brandon Correia said the reporting party, who contacted police at 3:45 p.m. Sunday, said he was living in the encampment south of Treat Boulevard and west of Jones Road and had found a friend who also lived there dead. The cause of the death and whether it occurred under suspicious circumstances remained under investigation. The Contra Costa County Sheriff’s Coroner’s Office is handling the release of the man’s identity. Anyone who has information regarding his death is asked to contact Contra Costa CHP in Martinez at... 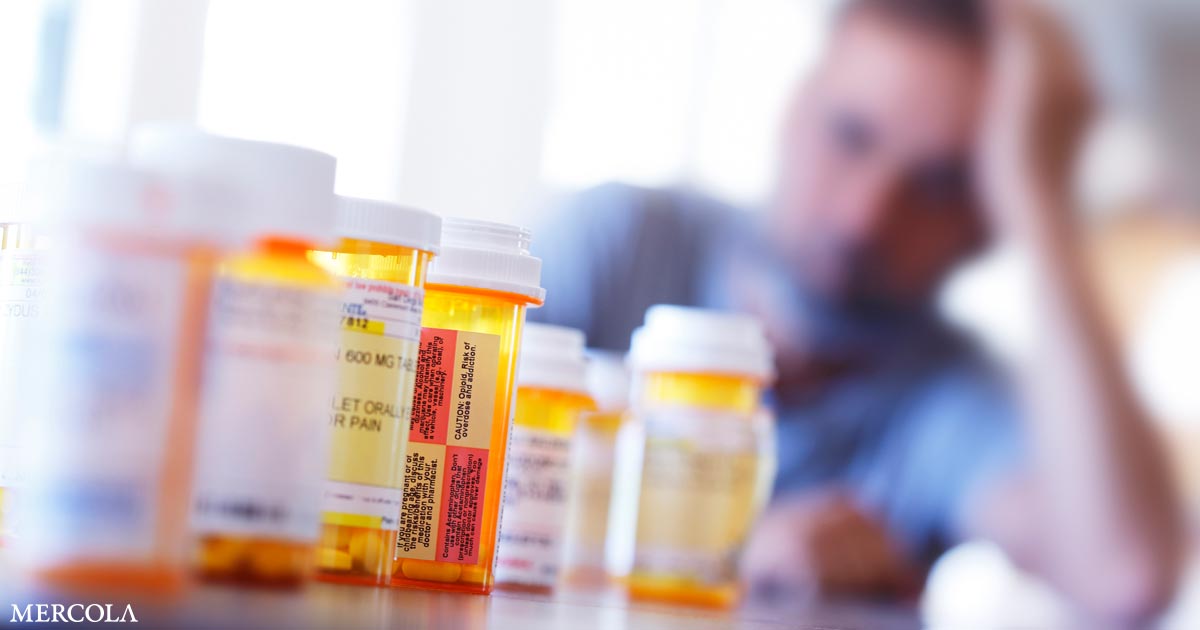 From October 2019 to October 2020, there were 91,862 estimated overdose deaths in the U.S., which represents a 30% increase in 12 months.1 Certain states had an even higher year-over-year increase, including Kentucky, with overdose deaths increasing 53.1%, and West Virginia, with a 48.4% increase. Opioids, including oxycodone, hydrocodone and morphine, accounted for the majority of deaths — 68,399 — followed by synthetic opioids, such as fentanyl and tramadol.2 Epidemiologist Chelsea Shover of the UCLA David Geffen School of Medicine, speaking with BuzzFeed News, said, “Things were on a bad trajectory before, and now it has gotten even worse … I can’t think of a way the pandemic made... 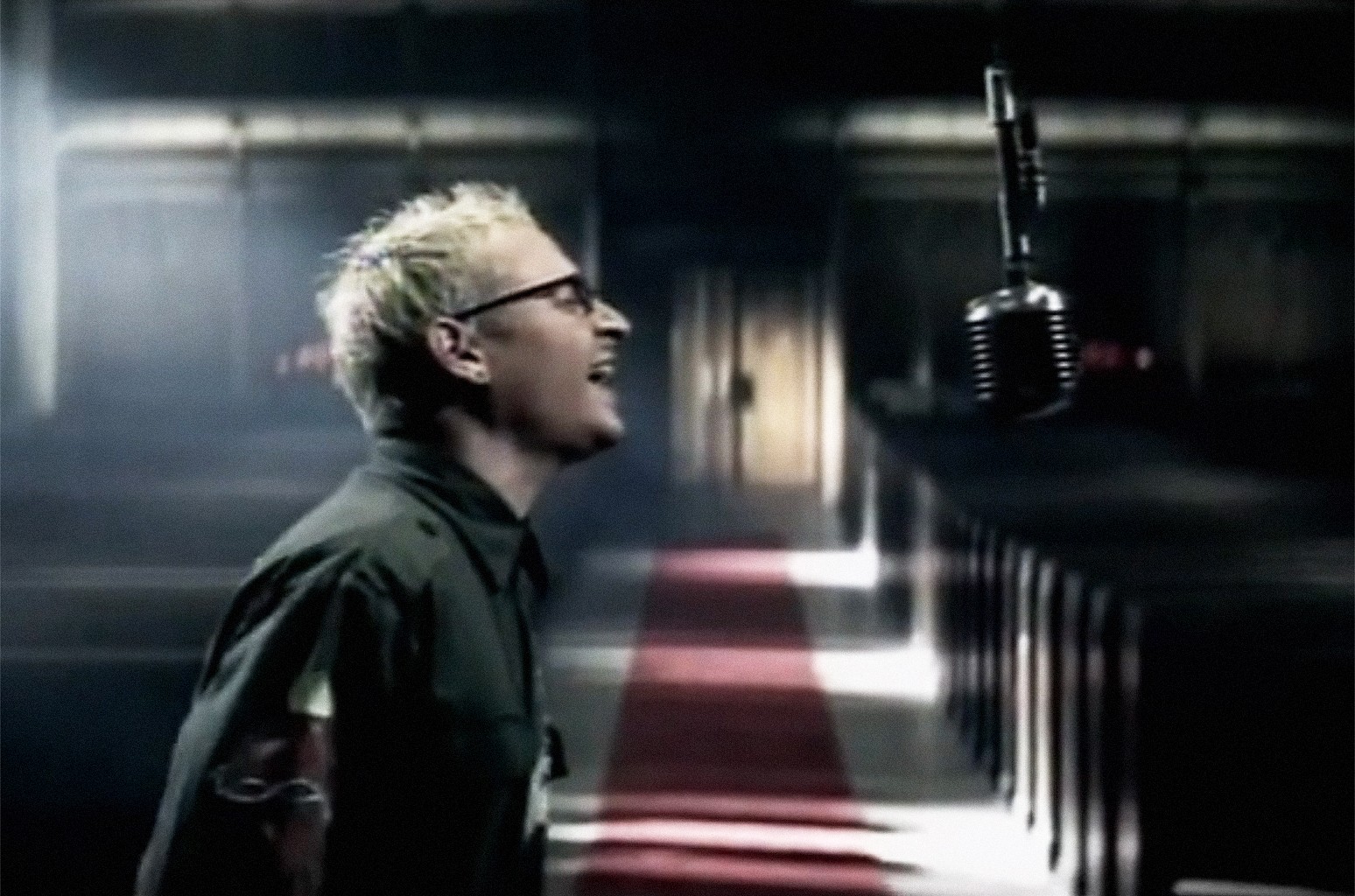 Linkin Park’s loving the latest rock cover from young music prodigy Nandi Bushell. The talented tween, who says she just discovered Linkin Park’s music this week, was inspired to post a high-energy cover on her drums of “Numb” this weekend. She also paid tribute to the late Chester Bennington, and paid compliments to the rest of the band. “I discovered @linkinpark week!” she tweeted Saturday (June 12). “So many great songs! So this is #numetal! I like the keyboards and the DJ scratching. #chesterbennington had such an incredible voice. He sang with real #power. Loving your work robbourdon @BradDelson @joehahnLP davefarrell @mikeshinoda #linkinpark.” “Wow, this is awesome @Nandi_Bushell,”... 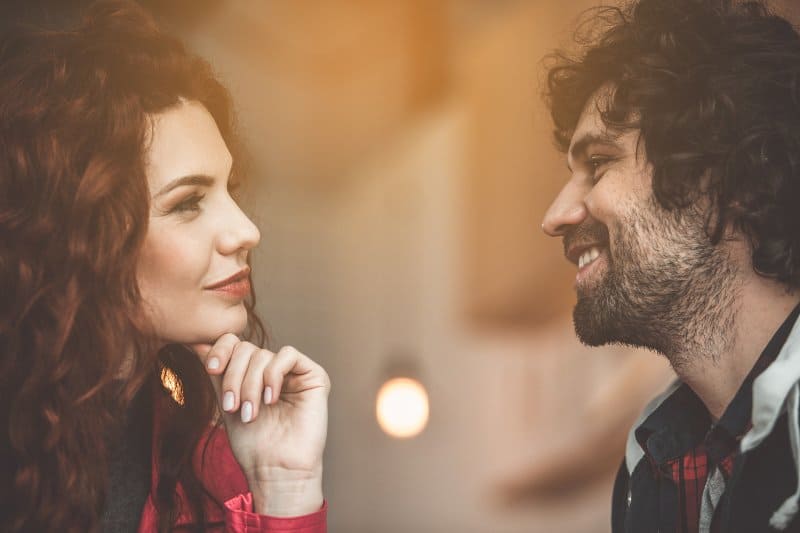 This Popular Dating Ritual Lands 97% of Guys in The “Friend...