Pearl Jam Remember the 2000 Roskilde Festival Tragedy: ‘Nothing has Been the Same Since’

Pearl Jam have remembered the lives lost on the 20th anniversary of the tragic Roskilde Festival, near Copenhagen in Denmark. 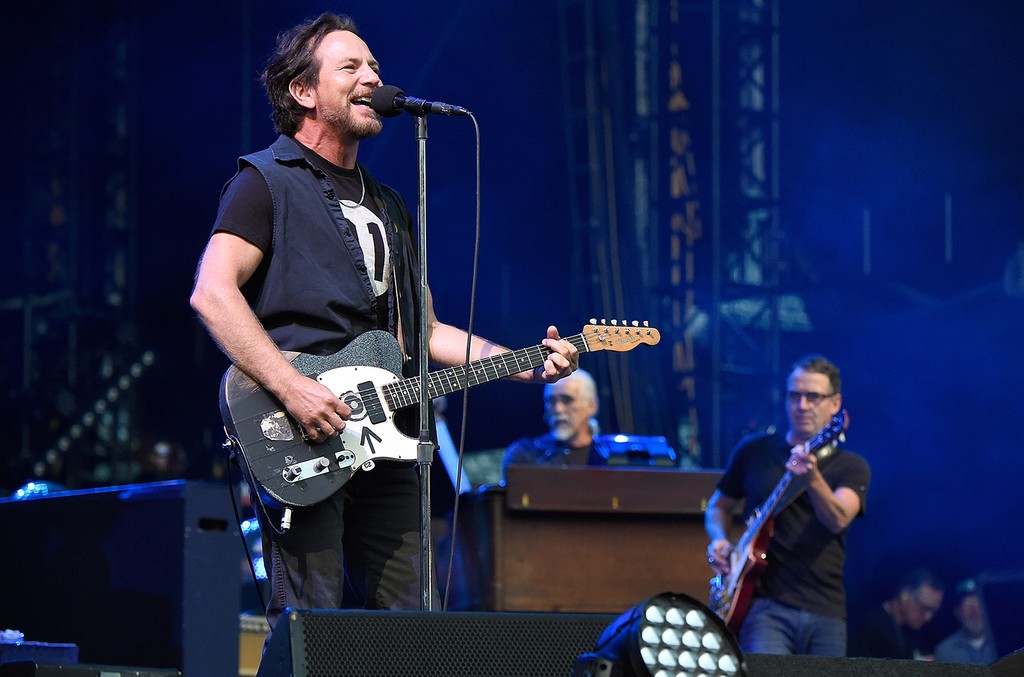 have paid tribute to the lives lost on the 20th anniversary of the Roskilde Festival tragedy.

The Seattle rock legends shared a touching post to mark 20 years since that fateful day, when nine young men were crushed to death during their set at Roskilde, held near Copenhagen in Denmark.

“A normal festival show day…show up 5 hours ahead. Wait for your slot. I barely remember it…” the post reads. “Sunny, I think. Lou Reed played, I think. Then rain and wind. But nothing has been the same since.”

An accompanying clip features nine flames set to a black background, soundtracked by a live snippet from Pearl Jam’s “Love Boat Captain,” a 2002 song which references the tragedy.

In the live cut, frontman  tweaks the lyric to reflect the march of time: “Lost nine friends I’m getting to know….every day. And if our lives became too long, would it add to our regret?”

“It's been 20 years since that day. A normal festival show day…show up 5 hours ahead. Wait for your slot. I barely remember it… Sunny, I think. Lou Reed played, I think. Then rain and wind. But nothing has been the same since.” Read the full statement at the link in bio.

Vedder and Co. were left heartbroken following the catastrophe, which also left 43 people injured. The bandmates even considered splitting up the group.

In the aftermath, several inquiries were conducted though no charges were filed. An initial report published in December 2000 found that “a chain of unfortunate circumstances” led to the deaths after poor sound in the back prompted concert-goers to push forward.

A second investigation, published in the summer of 2002, found “there is no reason to presume that something punishable has been done.”

Harry Potter: Young-Adult Franchises That Tried And Failed To Be The Next Harry...

Usher Debuts ‘I Cry’ With Emotional Performance For ‘Global...

The 13 Best Things That Happened in Music This Week (July...

Despite qualms about Trump's "divisive and inflammatory rhetoric," the CEO said...

Gunfire broke out around 11:30 p.m. Monday near 42nd and West Stiles Streets.

Get to the Point! Triangle House in Tarzana Is a Mind-Blowing...

A mind-blowing midcentury modern masterpiece has entered the market. Designed by...

21 Pairs of Comfortable Jeans to Ease You Back Into Wearing...

Anyone else feel victimized by rigid jeans?

At least 46 people have reportedly died in a riot at the Los Llanos Penitentiary...

If you have been temporarily laid off and your boss asks you to go back to work...

At the drive-in theatre of my childhood, the show goes...

I’m sitting in the trunk of the Jeep, watching an animated hot dog dance as retro...

“Any developer or any contractor that seeks City Council approval needs to take...

Whether they’re fee or no fee, these cards will put money back in your pocket The...