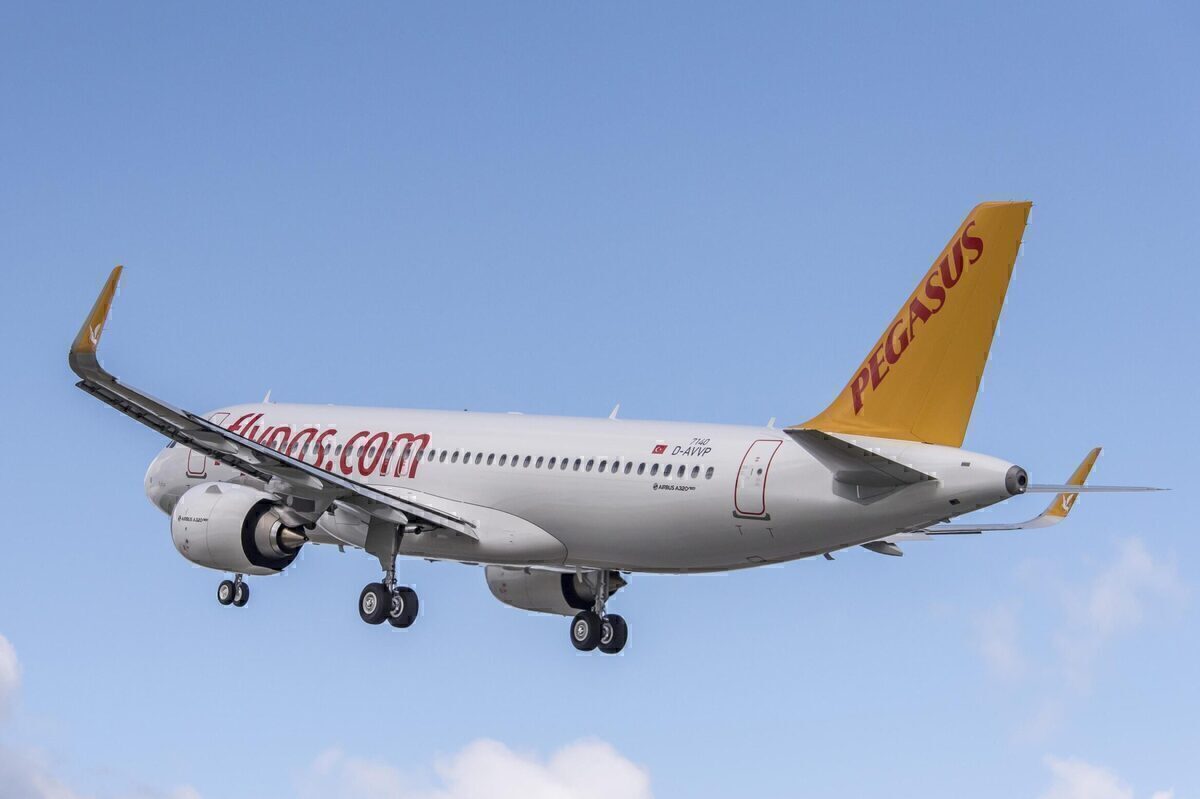 A Pegasus Airbus A320neo yesterday landed at Basel with the nose gear at a 90-degree angle to the direction of travel. The incident meant that the aircraft came to a stop on the runway, as the nose landing gear suffered damage from the occurrence.

While tucked away during the flight to improve aerodynamic performance, it goes without saying that the landing gear is essential for taking off and landing. It supports the aircraft on the ground, with the wheels allowing movement. However, sometimes things go wrong as the captain of a Pegasus Airbus A320neo, unfortunately, found out yesterday.

Yesterday while landing on runway 15 at EuroAirport Basel Mulhouse Freiburg (BSL), a Pegasus Airlines Airbus A320neo became immobilized on the runway. The aircraft’s landing gear was at a 90-degree angle to the runway. Of course, the landing gear only rotates in the direction that it’s pointing.

As such, when it’s not pointing down the runway, it acts as a pole supporting the weight of the aircraft. However, as it can not rotate freely, the friction can wear away the part of the landing gear making contact with the runway. This appears to be the case yesterday, with the Aviation Herald reporting “both nose tyres burst, one of the nose wheels was ground down before the aircraft came to a stand still on the runway center line.”

The flight in question departed from Istanbul’s Sabiha Gokcen International Airport (SAW) on time at 11:05 EET. Flight PC939 flew for three hours and three minutes, landing in Basel seven minutes ahead of schedule at 12:08 CET. As of the time of writing, the aircraft remains in Basel. The return flight was operated by a replacement aircraft, TC-NBN. It landed in Istanbul six and a half hours late at 00:36 ETT today.

The aircraft involved in yesterday’s incident was TC-NBH. According to data from Planespotters.net, the aircraft is 4.1 years old, having taken its first flight on December 19th, 2016, in Toulouse.

Named Lena, the aircraft was delivered new to Pegasus Airlines on December 29th, 2016. It became the ninth A320neo to be delivered to the Turkish carrier. The airline is a significant neo customer. So far, it has received 36 of 42 A320neo aircraft, with 40 of the aircraft in operation. Meanwhile, of 58 A321neos, seven have so far been delivered.

Simple Flying has contacted Pegasus Airlines for comment. It will be updated once this has been received.

Not the first landing gear incident in the past year

This is not the first incident that Pegasus Airlines has had with landing gear in the past year. On February 16th, a Pegasus Airlines Boeing 737 was evacuated in Dusseldorf. This was caused by the brakes overheating as the aircraft rolled into its parking position.

What do you make of yesterday’s incident? Let us know what you think and why in the comments!