BRADENTON, Fla. – The rest of the field was getting a headache looking at the scoreboards during the third round of the World Golf (...) 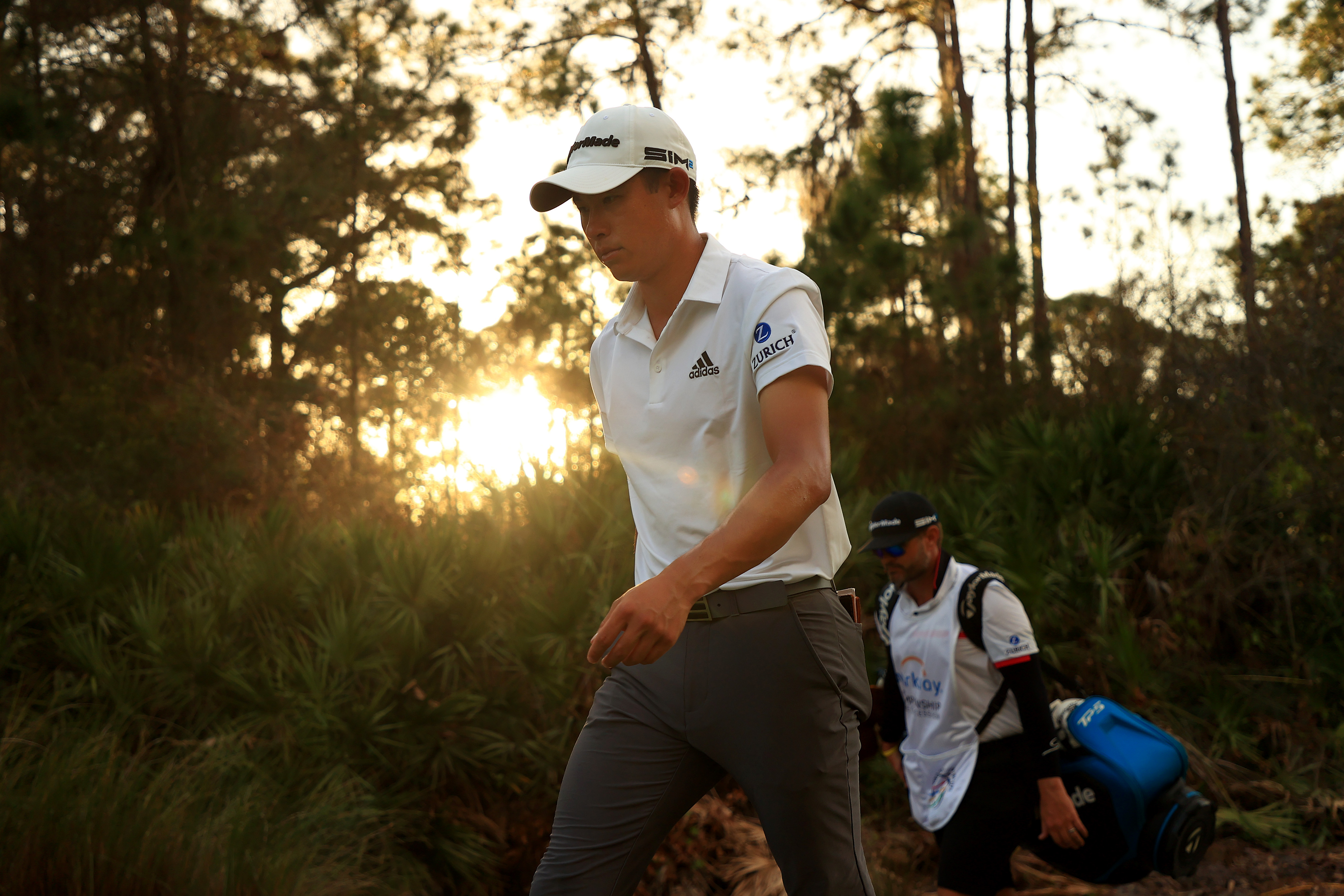 BRADENTON, Fla. – The rest of the field was getting a headache looking at the scoreboards during the third round of the World Golf Championships-Workday Championship.

At the top was Collin Morikawa, who was giving The Concession Golf Club a concussion. The reigning PGA champ was battering the diabolical course that drives most players batty with eight birdies in his first 12 holes and headed to the 13th tee with a five-shot lead.

But Morikawa limped home with two bogeys and was forced to make two gut-check par putts to remain in the lead. Thus, heads have cleared and Sunday’s final-round no longer looks to have the makings of a runaway.

Morikawa, who made nine birdies in his second round, still signed for a 5-under-par 67 and his once imposing lead is down to two through 54 holes.

At 15 under, Morikawa is two shots clear of Billy Horschel (69) and Brooks Koepka (70), who battled through a neck injury to remain in contention.

“Got off to a really good start and just kept rolling birdie after birdie, really didn’t think about it, game was playing really boring, playing simple, hitting fairways and hitting greens,” Morikawa said.

But he three-putted for bogey on the par-5 13th and he never got it going again. 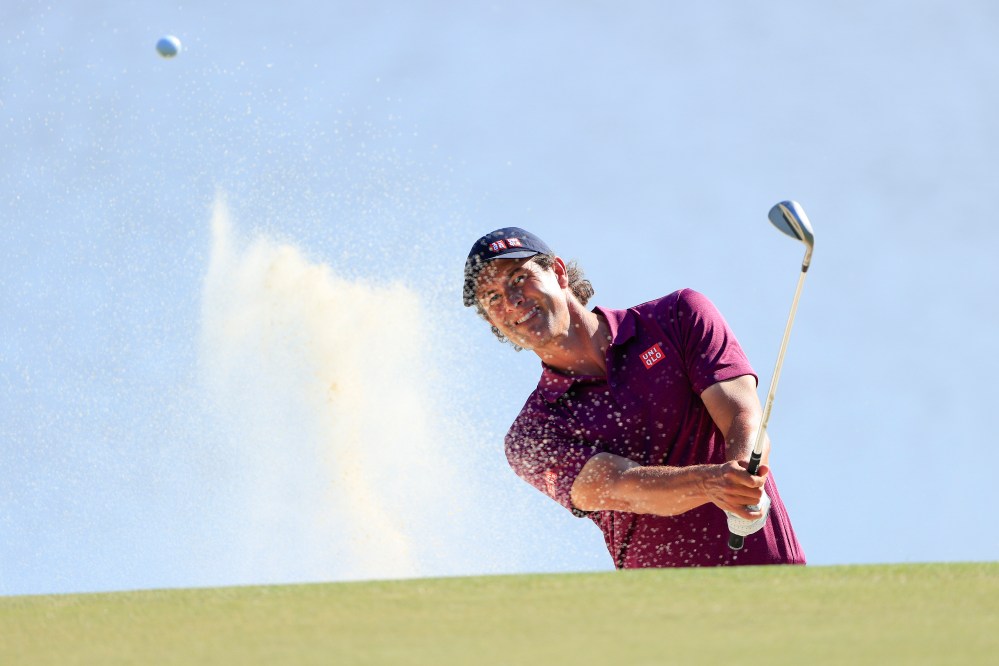 Koepka hopes his neck feels better in the final round.

“It sucks,” he said of the injury. “Doesn’t feel any better. Just one of those things, I’ve had it for a long time, so I’m ready for an off week next week. Go get some treatment here now and get worked on in the morning, and from there just hope for the best. Hopefully it loosens up.

“Have to go through a whole bottle of Aleve and Advil just trying to make it for two days. It’s annoying because I spotted a few shots just to the field, but it is what it is.”

A few shots can disappear quickly at The Concession. McIlroy said the course yields a lot of birdies but it can bite you very quickly even without doing much wrong. Or as Reed said, it’s definitely a course where no lead is big enough.

McIlroy gave himself an outside chance despite his swing still being a work in progress as he tries to win for the first time since the fall of 2019.

“I’m getting it around, put it that way,” McIlroy said. “I don’t feel like I’m flushing it by any means, but it’s a work in progress and I’m seeing some good signs, which I guess is encouraging. 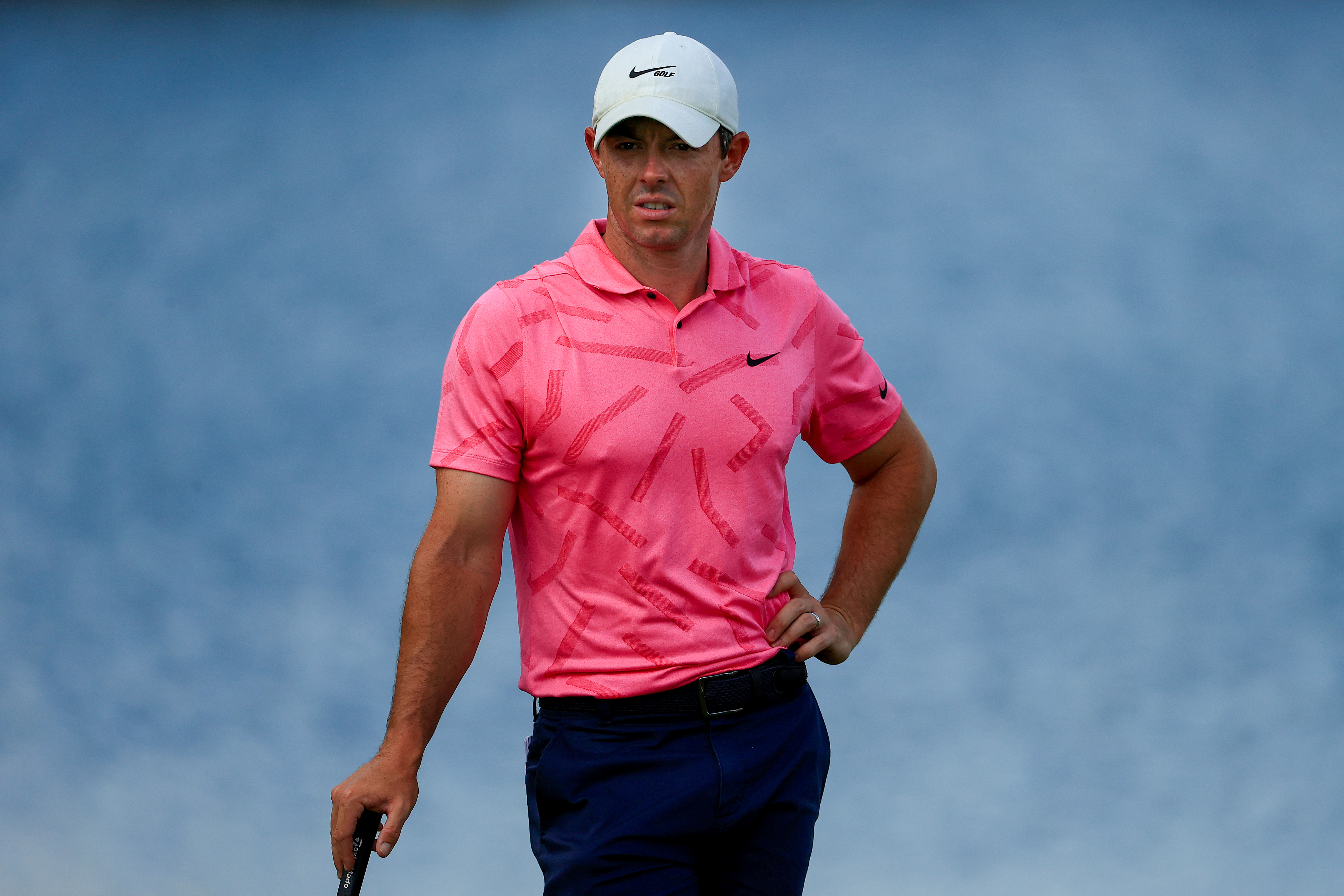 Rory McIlroy during the third round of the 2021 World Golf Championships-Workday Championship at The Concession. (Photo by Mike Ehrmann/Getty Images)

McIlroy made four birdies and an eagle coming home.

“I shot one better than that,” he said. “I think if you’re within three or four, you still feel like you’ve got a reasonable chance.”

Morikawa has his best chance of winning for the first time since the PGA.

He had been scuffling a tad since leaving TPC Harding Park in San Francisco with the Wanamaker Trophy. While he’s still the No. 6 player in the world, he had nearly as many missed cuts – three – as top-10s – four in 13 starts since the PGA Championship. He also had four other finishes north of 40th.

This led Morikawa to chance to a saw putting grip, especially seeing as the stats showed he was in the 200s on the PGA Tour in Strokes Gained: Putting. The move didn’t work in last week’s Genesis Invitational but it’s doing just fine this week.

And he got a chipping lesson from Paul Azinger that has helped his confidence.

“I’m feeling well with my irons, I’m feeling good, but when I do miss, I’m able to make up‑and‑downs and that’s kind of the best feeling you want to have when you’re staying aggressive with 18 more,” Morikawa said.

As for his putting, he said he’ll likely make more adjustment but right now he loves his new stroke. As far as the lead, he knows it’s not very big.

“Anything can happen,” he said. “I know all the guys behind me, they’re very capable of going low. That’s why I’ve got to be ready from hole 1 and be ready all the way through the round tomorrow.

“You’ve got to have a mind of a goldfish, right? You’ve got to be able to forget and forgive. So come tomorrow I’m sure there’s going to be a couple wayward shots or a bad shot here or there, but I’ve got to know that I’m still putting one foot forward in front of the other and trying to close out the tournament.”

East Lake Golf Club, home of the Tour Championship, has...

Charles Osborne pulls off big turnaround with 64 at Bandon...