Phil Mickelson, 2-for-2 on Champions circuit, looking to get on track at Zozo Championship

THOUSAND OAKS, Calif. – Phil Mickelson has taken care of business on the PGA Tour Champions circuit. Now he hopes to get his affairs in (...) 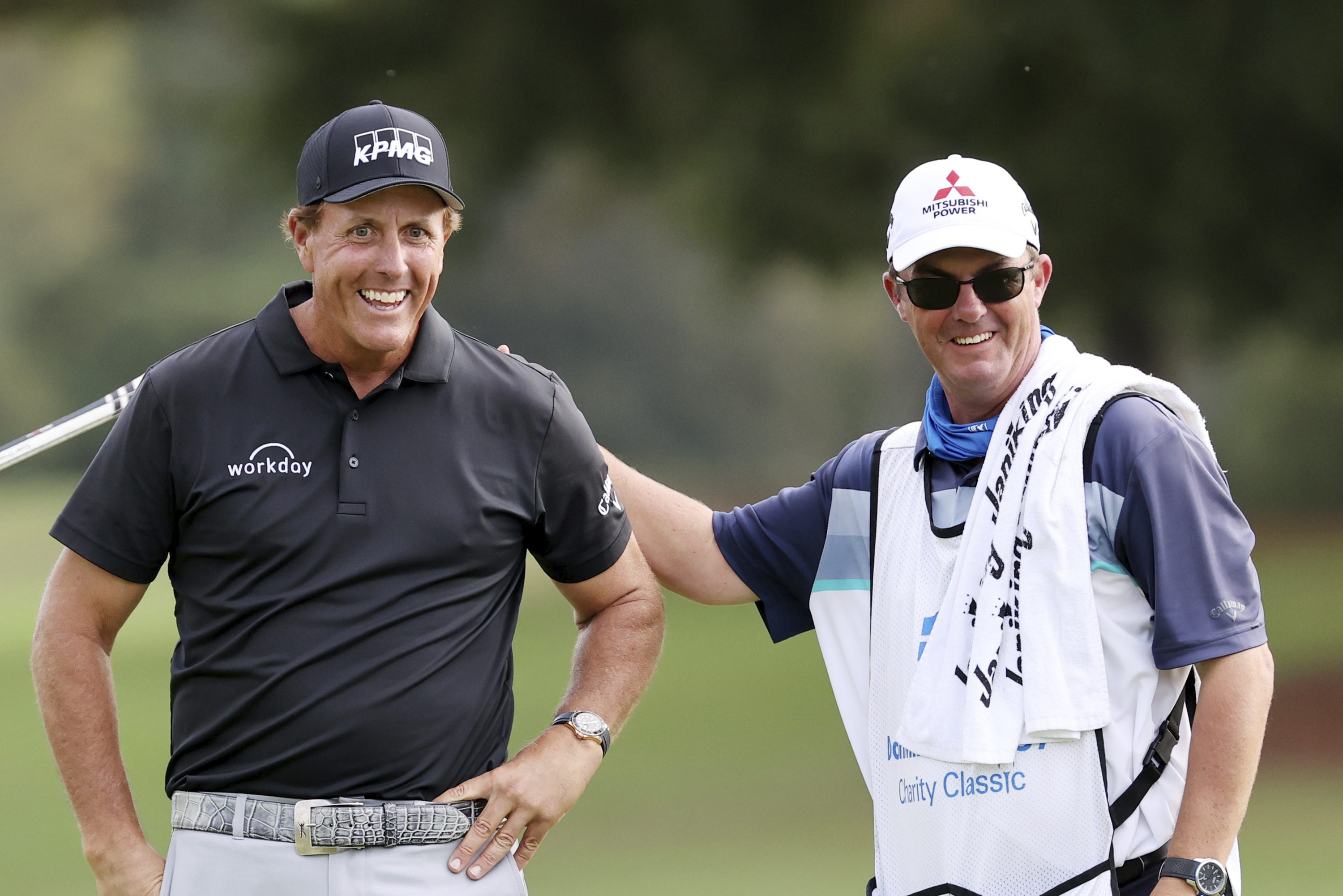 Now he hopes to get his affairs in order on the PGA Tour.

Mickelson said he has some momentum heading into this week’s Zozo Championship at Sherwood after he won the Champions’ Dominion Energy Charity Classic last week in Virginia. The five-time major champion closed with a 7-under 65 to finish at 17-under 199 to topple fellow Masters champion Mike Weir by three shots. Mickelson, 50, who won the Ozarks National in Missouri in August, became the third player to win his first two starts on the PGA Tour Champions circuit, joining Jim Furyk and Bruce Fleisher.

Mickelson’s aggressive nature plays well on the senior circuit, especially with the courses set up much differently than they are on the PGA Tour. In other words, the PGA Tour, obviously, is a different kettle of fish.

“So it’s been fun for me to play over (on the PGA Tour Champions),” Mickelson said. “I seem to get a little bit of confidence and I’m hoping to bring that over into this event as well. But the penalty for a miss is much more severe on the regular tour, the pin placements are a little bit more difficult. The length isn’t as different as I thought. We play the back tees on the Champions tour and it can play every bit as long, but the courses out here are a lot more penalizing.

“I have to be a little bit more precise.”

Mickelson, ranked No. 58 in the official world rankings, missed the cut in the U.S. Open in his most recent start on the PGA Tour. While he has three top-3s on the PGA Tour this year in 14 starts, he’s missed seven cuts and finished worse than a tie for 41st on four occasions. His most recent of 44 PGA Tour titles came in the 2019 AT&T Pebble Beach Pro-Am.

And the 78-man field in this week’s Zozo Championship is loaded and the course at Sherwood Country Club will be a heightened challenge for Mickelson. But he likes where his game is at, especially with the shortest club in his bag.

“I’ve been putting well,” Mickelson said. “My putter’s been really good the last couple of months. I putted poorly starting the year and it’s really come around. I’m excited to get to (Augusta National for the Masters) putting the way I am.  I think I can get in contention just based solely on as well as I’ve been putting.”

The same goes for Sherwood and the Zozo Championship.

At Lydia Ko's Drive On press conference, a junior reporter stole the show

Golf is booming, as NGF reports September gain of 25.5...