Photographer Zoe Wetherall has captured a series of images from the perspective of a hot air balloon, creating abstract landscape images with a top-down perspective. Called “Lines of Nature,” her series juxtaposes the lines of man, nature, and where they come together. As noted in a description of the series, Wetherall’s arid abstract landscapes heavily […] 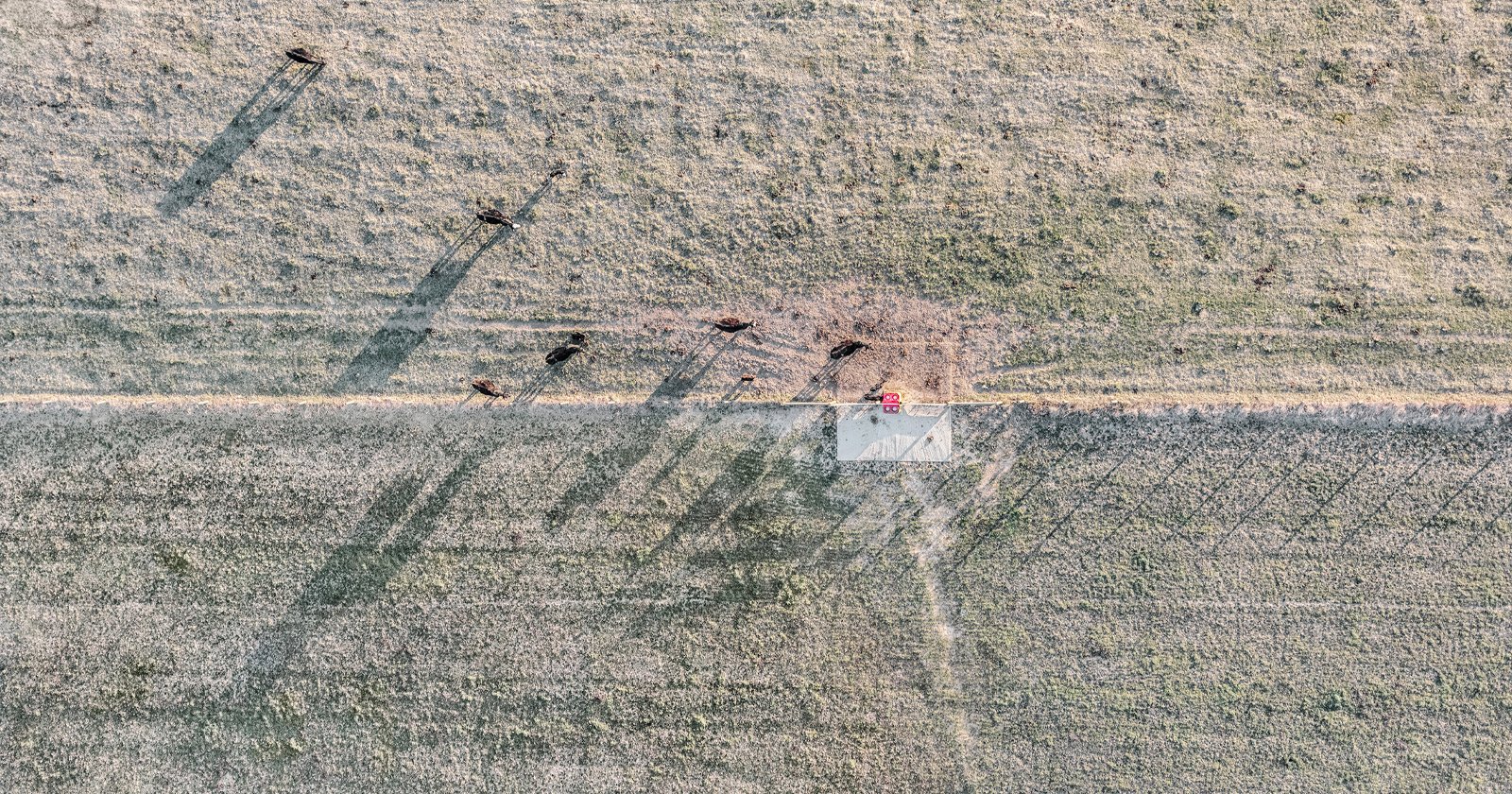 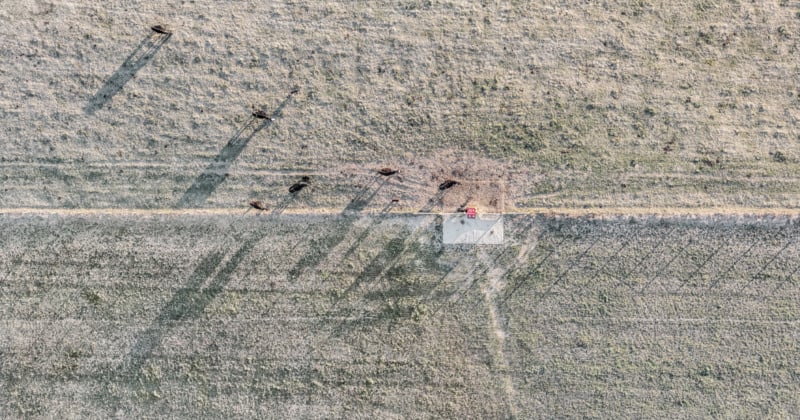 Photographer Zoe Wetherall has captured a series of images from the perspective of a hot air balloon, creating abstract landscape images with a top-down perspective. Called “Lines of Nature,” her series juxtaposes the lines of man, nature, and where they come together.

As noted in a description of the series, Wetherall’s arid abstract landscapes heavily feature the Yarra Valley in Victoria, Australia. Some of the images include barely discernible animals and vegetation while all of them are punctuated by drawing lines using geographic and topographic features.

All of Wetherall’s photos in this series were taken from the basket of a hot air balloon a few hundred feet in the air with a straight-down perspective, excluding the horizon, sky, or any visual reference point. 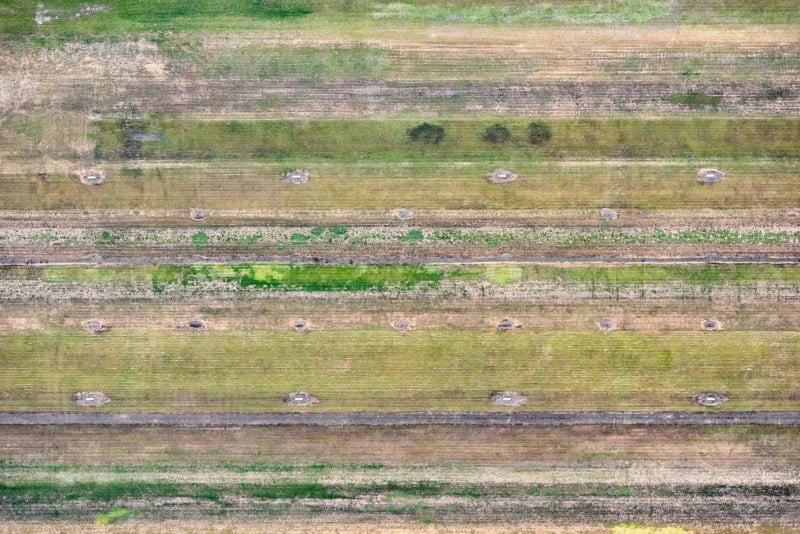 Wetherall became interested in photography from a young age before cultivating the skill in high school and college.

“My Dad taught me how to use his SLR camera when I was around 8 years old,” she tells PetaPixel. “I studied photography in high school, learned to use a darkroom and also Photoshop, then went to a small private photography college in Melbourne, Australia. I then assisted some commercial photographers before starting to do commercial work myself, alongside shooting personal work. I can’t remember a time when I wasn’t interested in photography.” 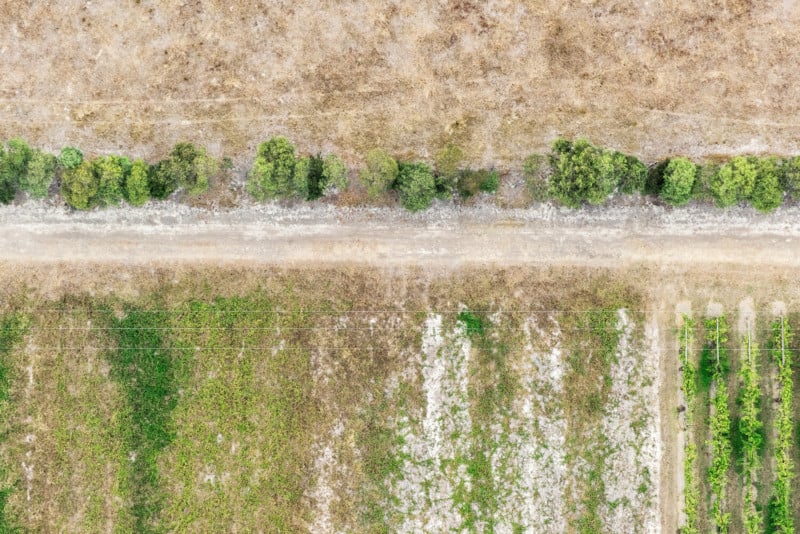 She says that while she shoots commercially, her real passion is her personal work.

“Before I moved to New York city, I visited the United States many times and traveled across the country,” Wetherall says. “On one of those trips about 10 years ago, I had the chance to do a hot air balloon ride. I had my camera and I started shooting with a long lens focusing in on specific areas of the landscape that interested me.” 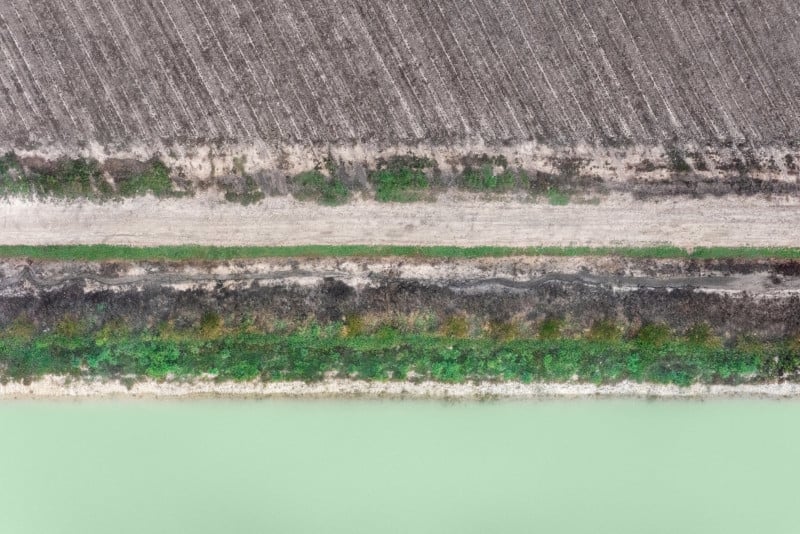 Wetherall says that experience was the first of many hot air balloon flights.

“It was like it lighted a fire in me and I thought it was so much fun – and I still do,” she says. “Being in a balloon is a great way to photograph because they generally move pretty slowly and you don’t have to remove doors or windows to shoot. It’s also very quiet and peaceful compared to being in a helicopter.” 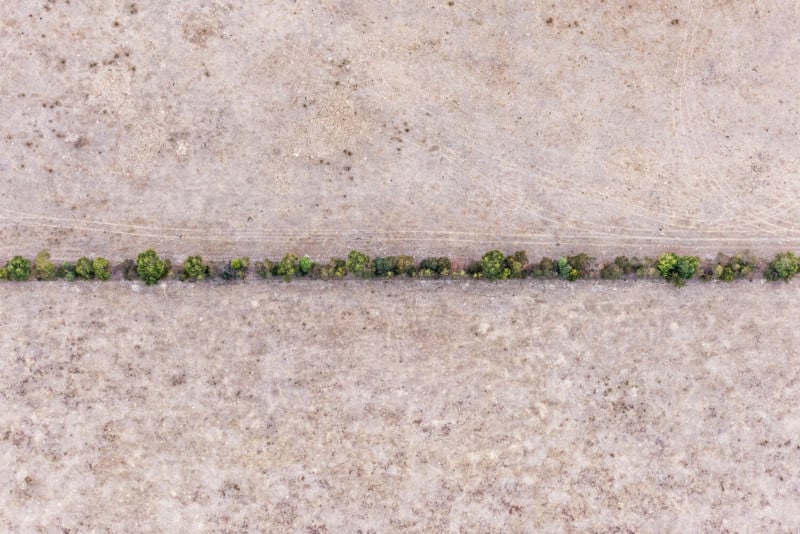 Not only is it more peaceful, quiet, and easier to capture photos from all directions, but Wetherall also likes another aspect of hot air balloons: the unpredictability.

“One thing I love is the unpredictable nature of hot air balloon flights. No two flights are ever the same, even if you launch from the same location,” she explains. “I can’t control where we go as we follow the wind so there’s only so much planning I can do before a flight. I love floating along with the wind not knowing what shots I’ll end up with by the end of the flight. Using a drone just isn’t the same because I like to be in the air myself seeing what catches my eye. It makes me feel alive.” 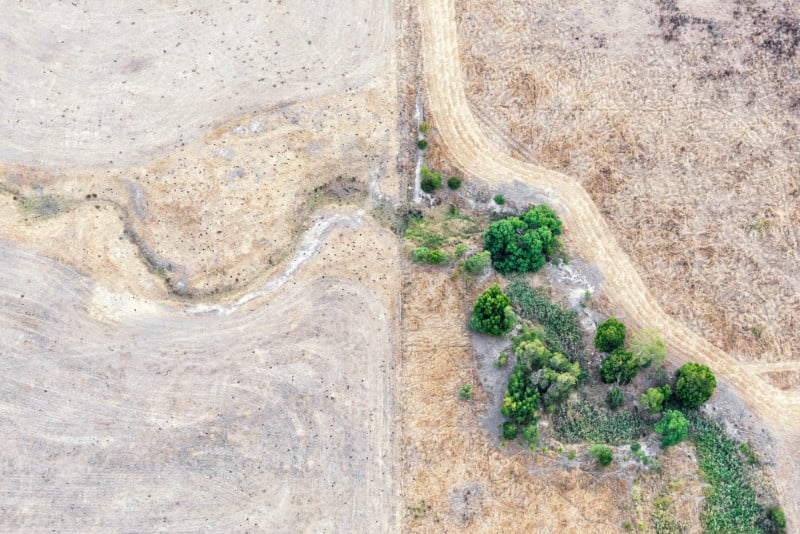 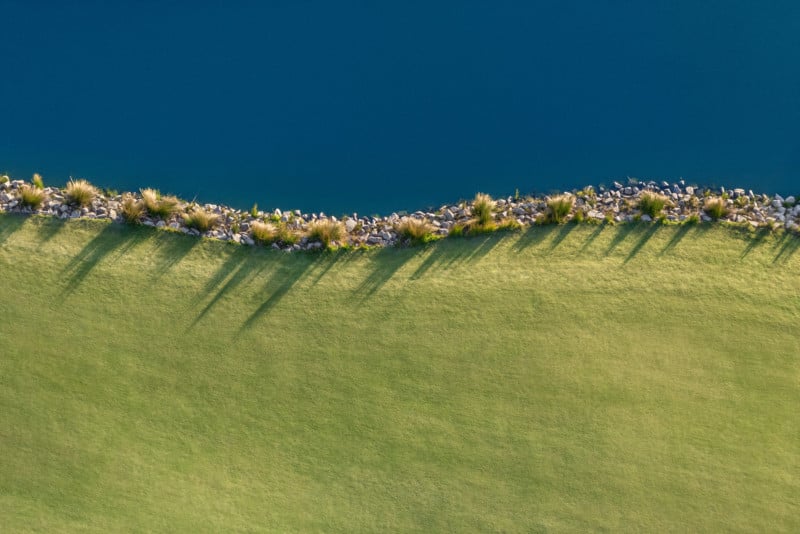 The inspiration behind this particular project lies in Wetherall’s interest in the relationship between man and nature. She says her favorite locations to shoot are always somewhat natural but at the same time show man’s influence such as farming or winery regions. 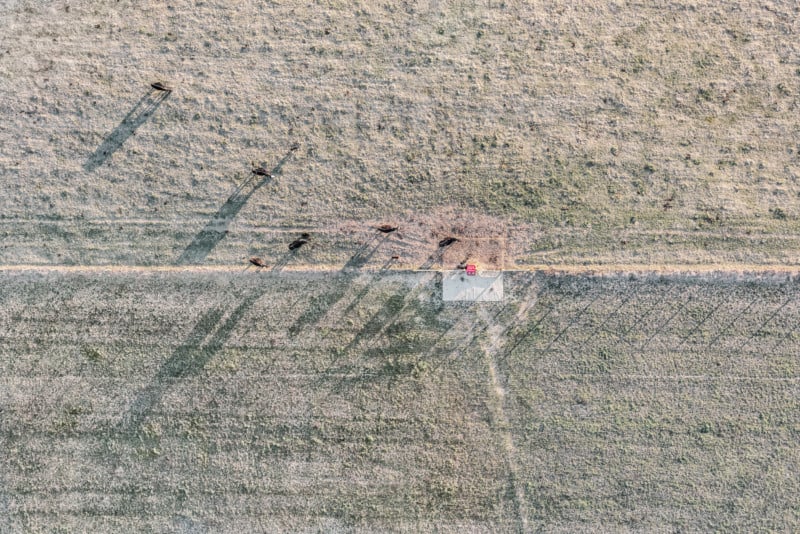 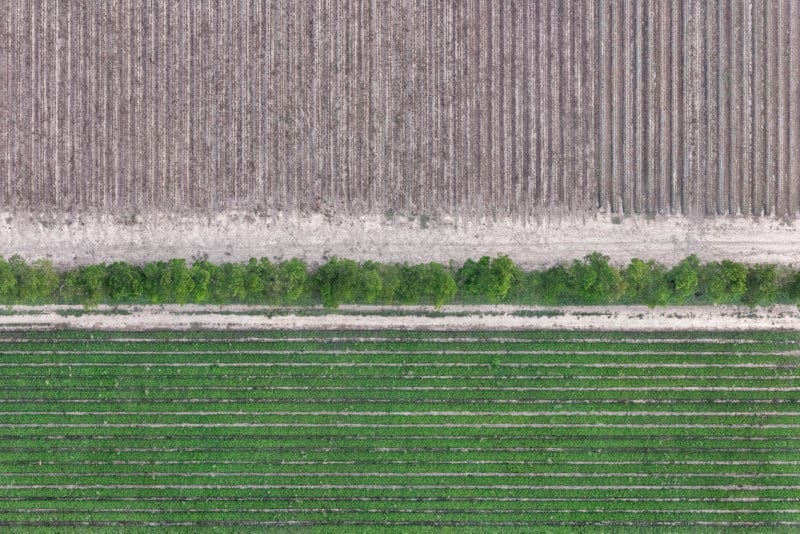 “Over the years of doing balloon flights I have developed a distinct style: looking straight down in a compressed view, eliminating the horizon, focusing on texture, pattern, and color,” she says. “Shooting this way allows me to highlight what I want without any distractions, and by creating almost abstract images from above I can more easily document the contrast between man-made and natural landscape.” 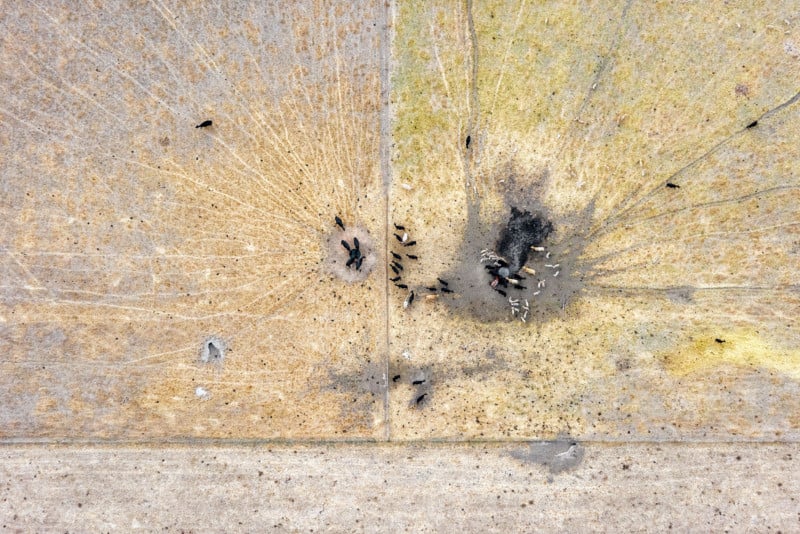 You can see Wetherall’s full Lines of Nature series as an online exhibition here, and prints are also available. For more of her aerial imagery, visit her website here.

Image credits: Photos by Zoe Wetherall and used with permission.

Is Fujifilm’s Color Science Really as Good as They Say?

My Photo Backup Workflow with the 3-2-1 Rule

Using Water to Explain the Properties of Light and the...