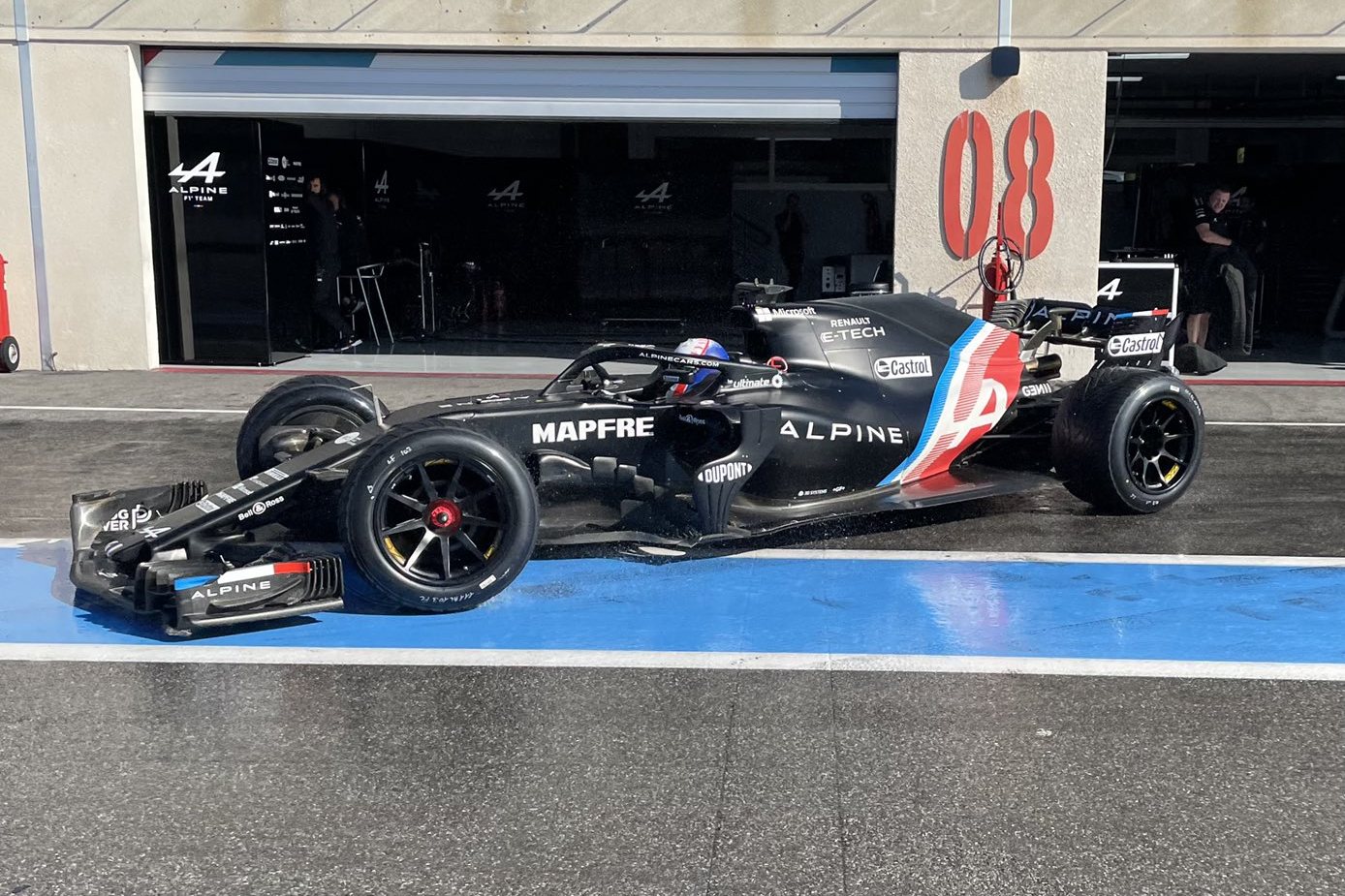 Pirelli wrapped up at Paul Ricard on Monday its 18-inch F1 tyre testing program that is supporting the introduction of F1's new-spec wheels in 2022.

After a recent two-day session at Magny Cours was cut short by a technical issue, Alpine and reserve driver Daniil Kvyat were on duty in southern France to cap Pirelli's final test.

The Russian driver ran exclusively on the manufacturer's intermediate tyres on the artificially watered track, raking in 167 trouble-free laps.

Pirelli stressed that Formula 1's s switch to new low-profile tyres represents a technical revolution for the pinnacle of world motorsport that required an intense research and development programme.

Save for Williams, which did not have an older-spec car available, all F1 teams took part in Pirelli's comprehensive development campaign which totaled 4,267 laps or more than 20,000 kilometres of on-track running.

"Last year, the COVID-19 pandemic meant that we had to revise our test programme entirely, cancelling on-track testing to concentrate on simulation as well as virtual development and modelling.

"This system of virtual screening helped us optimise the number of physical prototypes produced and return to on-track testing for 28 days throughout 2021.

"We started off the development process with the profile, before moving onto the base construction, and finally homing in on the five compounds that we will homologate for next year.

"The results obtained up to now have been arrived at with the input of the drivers currently competing in the championship, a vital aspect for us, albeit using mule cars."

Isola says that Pirelli will fine-tune in 2022 the development of its product, which will be fitted to F1's all-new specification cars, next season with an additional series of test days.

"Next year, we will still have some test days at our disposal, which will allow us to fine-tune the 2022 tyre with the new cars if needed.

"Once the specification has been validated by the FIA, the drivers will have the chance to try out the definitive 18-inch tyres at the test after the Abu Dhabi Grand Prix, although we will have to wait for next year’s pre-season tests to see these tyres in action on the 2022 cars for the first time."

Mercedes 'ready to react' to whatever comes its way in Austin

Mercedes 'ready to react' to whatever comes its way in Austin

Toto Wolff says Mercedes will deal with whatever cards it is dealt in Texas this week when the... The post Mercedes 'ready to react' to whatever comes its way in Austin appeared first on F1i.com.

Toto Wolff says Mercedes will deal with whatever cards it is dealt in Texas this week when the Brackley squad resumes its fierce battle with Red Bull at the Circuit of the Americas.

The German outfit outscored its Milton Keynes-based rival last time out in Turkey, but Max Verstappen's runner-up spot behind Valtteri Bottas at Istanbul Park allowed the Dutchman to reclaim the lead from Lewis Hamilton in the Drivers' championship.

But Mercedes' dominant performance has inevitably boosted the reigning world champions' energy ahead of this weekend's round of racing in Austin.

"It was encouraging to see our positive performance momentum continue last time out in Turkey," commented Wolff in Mercedes' US Grand Prix preview.

"We haven't scored back-to-back race wins in a little while, so naturally spirits have been high in the factories since we returned from Istanbul.

"That race win was also the 200th victory for Brixworth since they began their winning streak in 1997, which is a remarkable achievement and a testament to the passion and hard work of everyone at HPP."

In the wake of Verstappen's engine change/grid penalty in Sochi, Hamilton followed suit at Istanbul Park where Mercedes added a fourth ICE to the Briton's pool of hardware and achieved a result that it can "live with" insisted Wolff.

"For Lewis, the absolute view of Turkey is that he lost one point more than Max did in the previous race in Russia with a similar engine change, which we can live with," said the Austrian.

"The relative view when you're in the heat of a race is to always want another position, to score more points - that's who we are as racers, and we wouldn't want that competitive intensity any other way."

From the weather wreaking havoc on proceedings to unexpected circumstances unfolding on race day, this year's campaign has been an amazing roller-coaster of actions, incidents and emotions, much to the fans' delight.

But the Mercedes is ready to attack, defend or deal with everything in between in Austin.

"This season has had so many twists and turns, so we're ready to react to whatever comes our way this weekend in Texas," said Wolff.

"We're excited to be back in Austin for the first time since 2019, it's always a popular stop on the calendar and we can't wait to see all the passionate American fans.

"The Circuit of the Americas is a fun track for the drivers. There are some really fast and flowing corners, plus some technical sections and good overtaking opportunities.

"It's got a bit of everything and is a great track for racing, so I'm sure we're set for an entertaining Grand Prix."

The post Mercedes 'ready to react' to whatever comes its way in Austin appeared first on F1i.com.