The South African Football Association could be dealt a major blow in their attempt to lure Al Ahly's Pitso Mosimane back into the country. 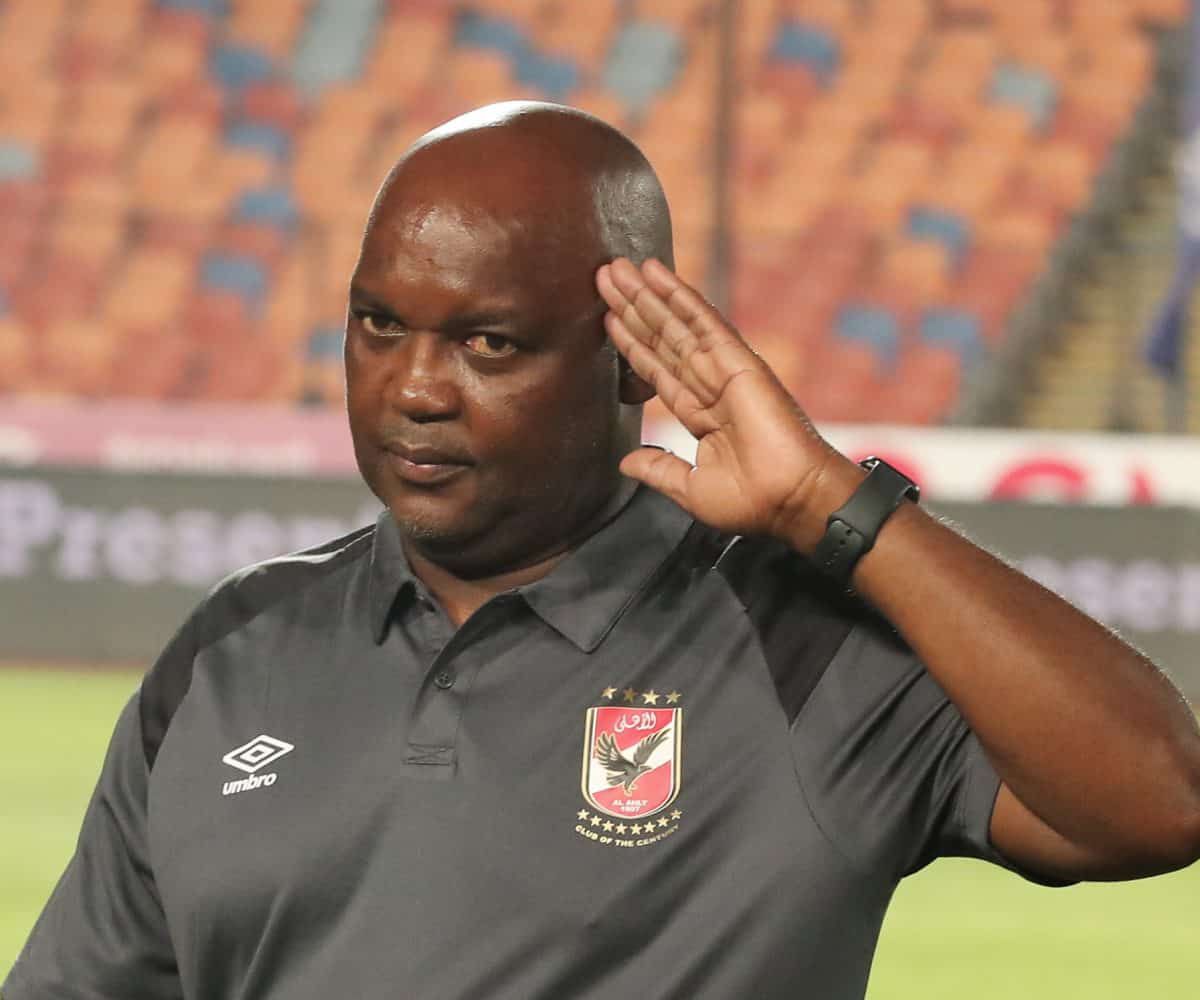 The South African Football Association (SAFA) could be dealt a major blow in their attempt to lure Al Ahly coach Pitso Mosimane back into the country.

This is because media reports in Egypt suggest that Mosimane has been offered an opportunity to coach the Egyptian national team.

However, Mosimane will reportedly be allowed to keep his job at Al Ahly and that’s if his current employers agree to let him juggle the two jobs.

In South Africa, Mosimane is earmarked for the vacant coaching job at Bafana Bafana – and whatever he decides could certainly have a huge impact on SAFA’s search for the next national team coach.

According to reports, current Pharaohs coach Hossam El-Badry is feeling the heat from the local media and fans alike as they continue to criticize his style of play.

This despite El-Badry helping the Pharaohs book their ticket to the delayed 2022 AFCON finals in Cameroon top of the group with 12 points.

El-Badry has been in charge of the Egyptian national team since September 2019, and the latest development could signal the end of his tenure.

Other reports suggest Mosimane was called into an urgent meeting by Al Ahly, probably to be presented with the offer from the Egyptian Football Association (EFA) and see if he can cope with leading both the country and the club.

Mosimane has won the hearts of the Egyptians since his arrival in Egypt in October 2020.

He has been in charge of 32 official matches for the Red Devils.

Under his tutelage, Al Ahly have won 24, drawn six, and lost just two in 32 matches – and one of the two defeats came at the hands of Bayern Munich in the semi-finals of the FIFA Club World Cup.

Should Mosimane agree to coach the Pharaohs, this wouldn’t be the first team he’s had to coach both at the club and international levels.

He did that for a year between 2006 and 2007 when he served as an assistant coach at Bafana Bafana while also coaching SuperSport United on a full-time basis.

‘Bachelor’ star Colton Underwood: ‘I’ve run from myself for a long time’

Why the court ruled that the ban on religious gatherings...