Pokemon: Farfetch'd Is Nearly Extinct Because It's a Popular Food

What exactly do people eat in the world of Pokemon? Well, one Pokemon's Pokedex entry might shed some light on the dark truth. 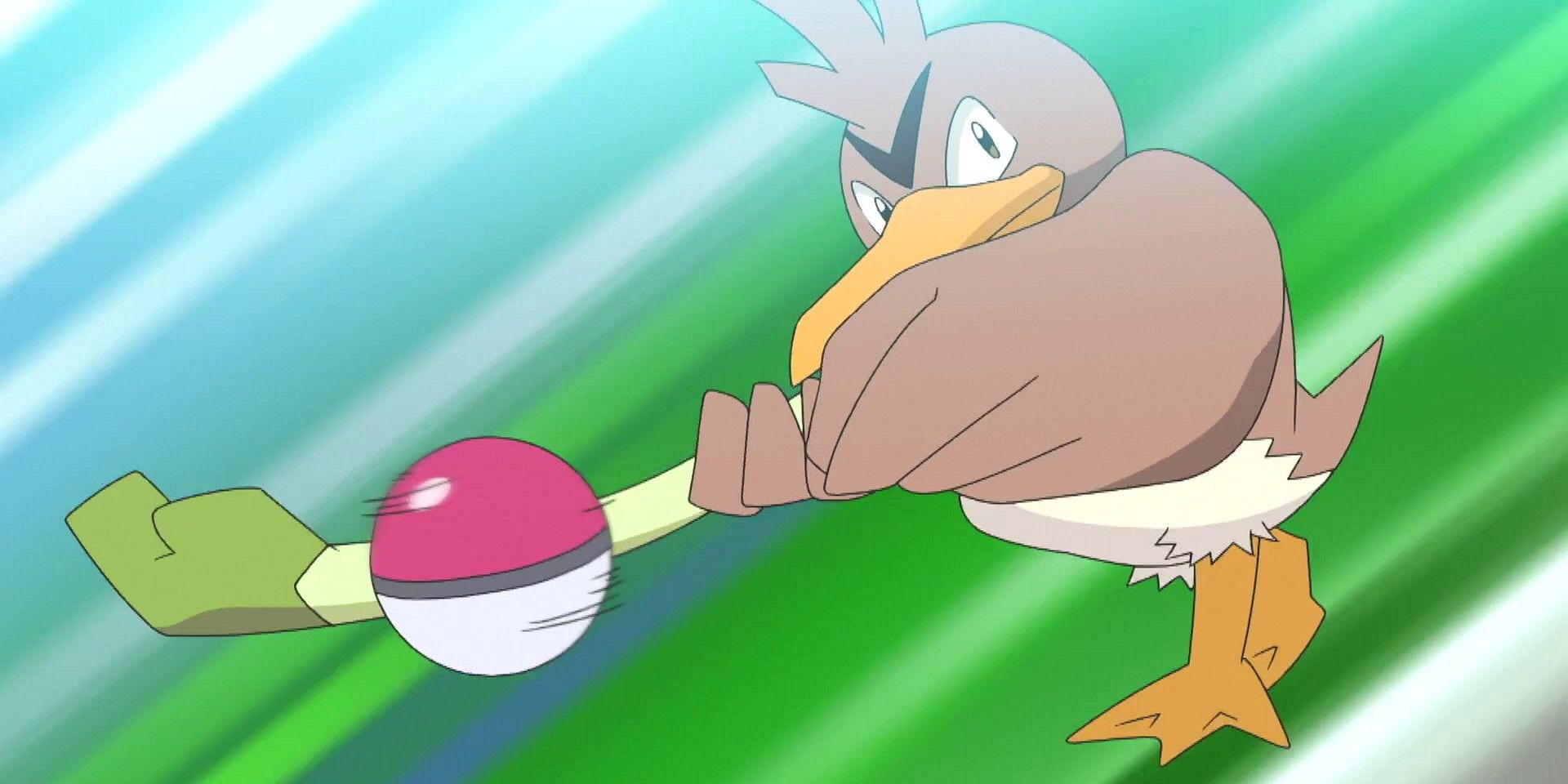 Pokemon has expanded massively since the first GameBoy games all those years ago. There are over 800 Pokemon now, but the first generation still enjoys enduring popularity, and for good reason.

The first generation of Pokemon had some wildly inventive designs, some of which were far rarer than others. In the original games, one of the rarer Pokemon was Farfetch'd the stoic duck Pokemon that wield a leek as a weapon.

Related: Pokémon Theory: Ghost-Types Are Based On Other Pokémon

There may be a reason to Farfetch'd being so rare, however, based on a Pokedex entry from an early episode of the Pokemon anime. Seems like poor Farfetch'd just can't catch a break.

Farfetch'd seems innocent enough at first glance, but Pokedex entries in early games start painting the picture of an endangered species. Pokemon Yellow's entry reads "Lives where reedy plants grow. They are rarely seen, so it's thought their numbers are decreasing." What makes Farfetch'd so iconic is the massive leek it carries around as a weapon. This leek is a vital part of the creature's life, and according to Pokemon Diamond and Pearl, it can't live without it. However, the leek plays to the detriment of Farfetch'd, as episode 49 (So Near, Yet So Farfetch'd) of the Pokemon anime shows.

In that episode, Ash looks at the Pokedex entry for Farfetch'd, and it reads "A wild duck Pokemon. Farfetch'd makes a delicious meal, especially when cooked with leek. Because of this Farfetch'd is nearly extinct." This seemingly proved that humans do indeed eat Pokemon, and poor Farfetch'd's treasured weapon is already seasoning for itself. It could explain why the Galar version of Farfetch'd looks so big and mean, as the Pokemon would have had to evolve into something tougher to stay alive. Obviously, the Pokemon games have shied away from outright saying that people eat Farfetch'd, but the show had no problem with it. It does beg the question, however, what other Pokemon do people eat in that world?

Next: Why Fans Hate The Ice Cream Pokémon, Vanilluxe

‘Inuyasha’ is Getting an Anime Sequel About Inuyasha and...