Police in Vietnam have confiscated an estimated 345,000 used condoms which had been cleaned and resold as new, state media reported. 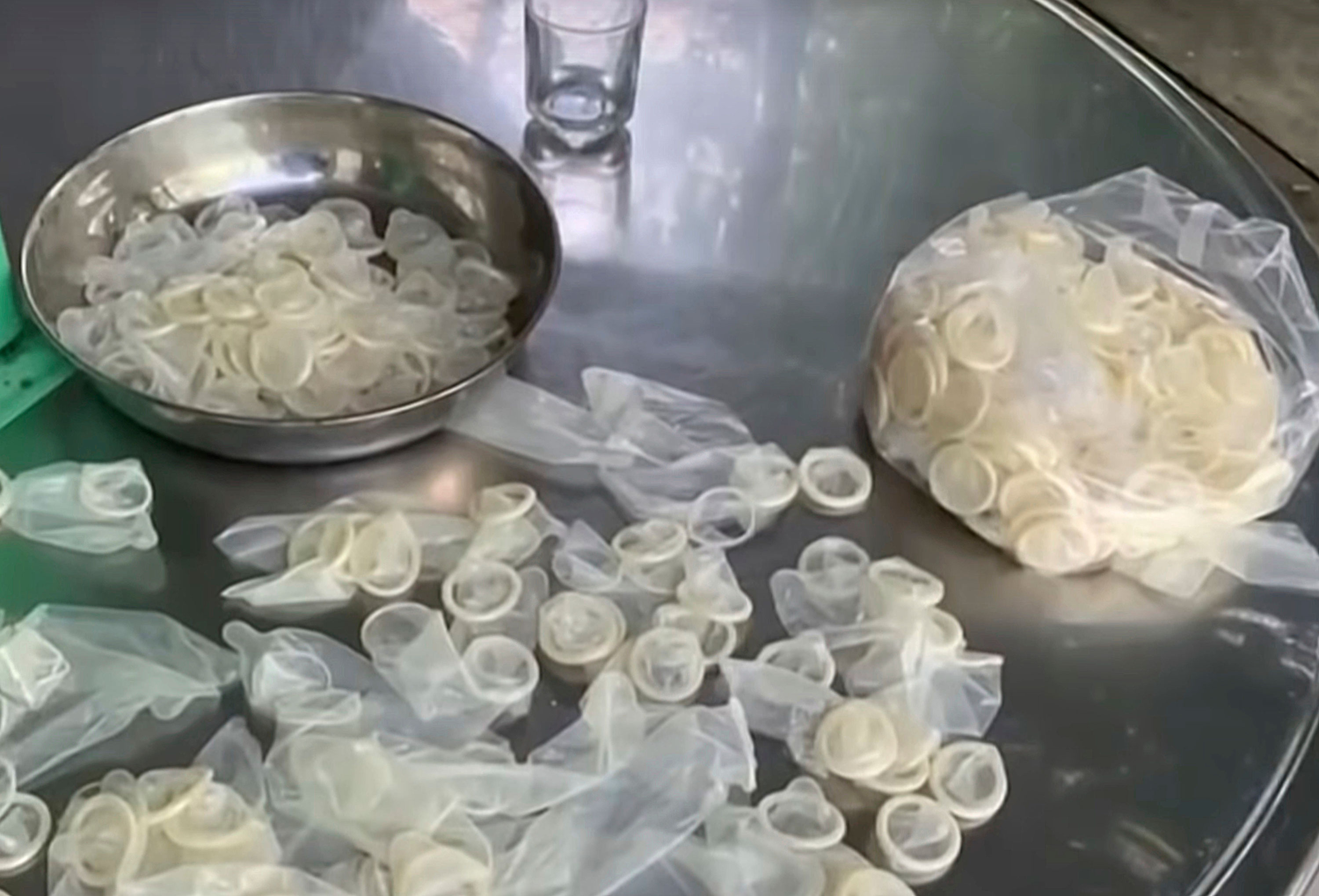 Police in Vietnam have confiscated an estimated 345,000 used condoms which had been cleaned and resold as new, state media reported.

Footage broadcast by state-owned Vietnam Television (VTV) this week showed dozens of large bags containing the used contraceptives scattered across the floor of a warehouse in the southern province of Binh Duong.

Police said the bags weighed more than 360 kilograms, equivalent to 345,000 condoms, according to VTV.

The owner of the warehouse said they had received a "monthly input of used condoms from an unknown person," state newspaper Tuoi Tre reported.

A woman detained during the bust told police that the used prophylactics were first boiled in water then dried and reshaped on a wooden phallus before being repackaged and resold.

Neither she nor the owner of the warehouse were available for comment.