Incumbent President Andrzej Duda set to face off against Rafał Trzaskowski next month. 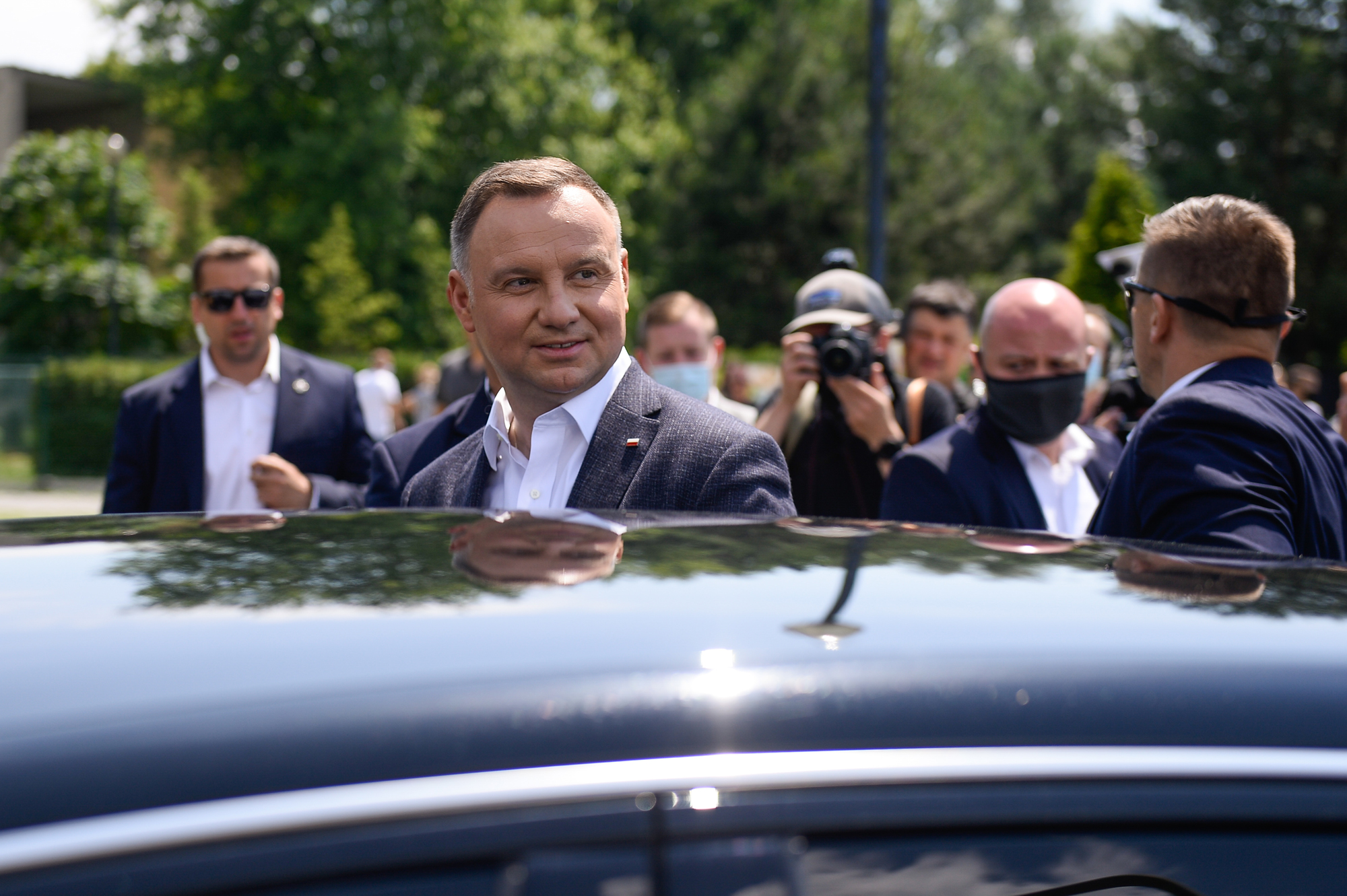 Poland’s incumbent President Andrzej Duda will face centrist rival Rafał Trzaskowski in a run-off vote next month, after no candidate achieved the 50 percent needed for an all-out victory in Sunday’s presidential election.

According to an exit poll released by the country’s major TV broadcasters when voting booths closed at 9 p.m., Duda, backed by the ruling nationalist Law and Justice (PiS) party, won 41.8 percent, while Trzaskowski, representing the Civic Platform opposition party, secured 30.4 percent of the vote.

The result is a disappointment for Duda; a couple of months ago he was within reach of winning in the first round. Trzaskowski turned around the fortunes of his party, which had been doing very badly under a previous presidential candidate.

The second round of voting scheduled for July 12 sets up a clash over Poland’s future direction and whether the radical reforms championed by PiS will continue.

Sunday’s election recorded the second-highest level of turnout in the history of Poland’s presidential contests, with 62.9 percent of eligible voters taking part.

This article has been updated to note that the turnout is the second-highest for a presidential election.