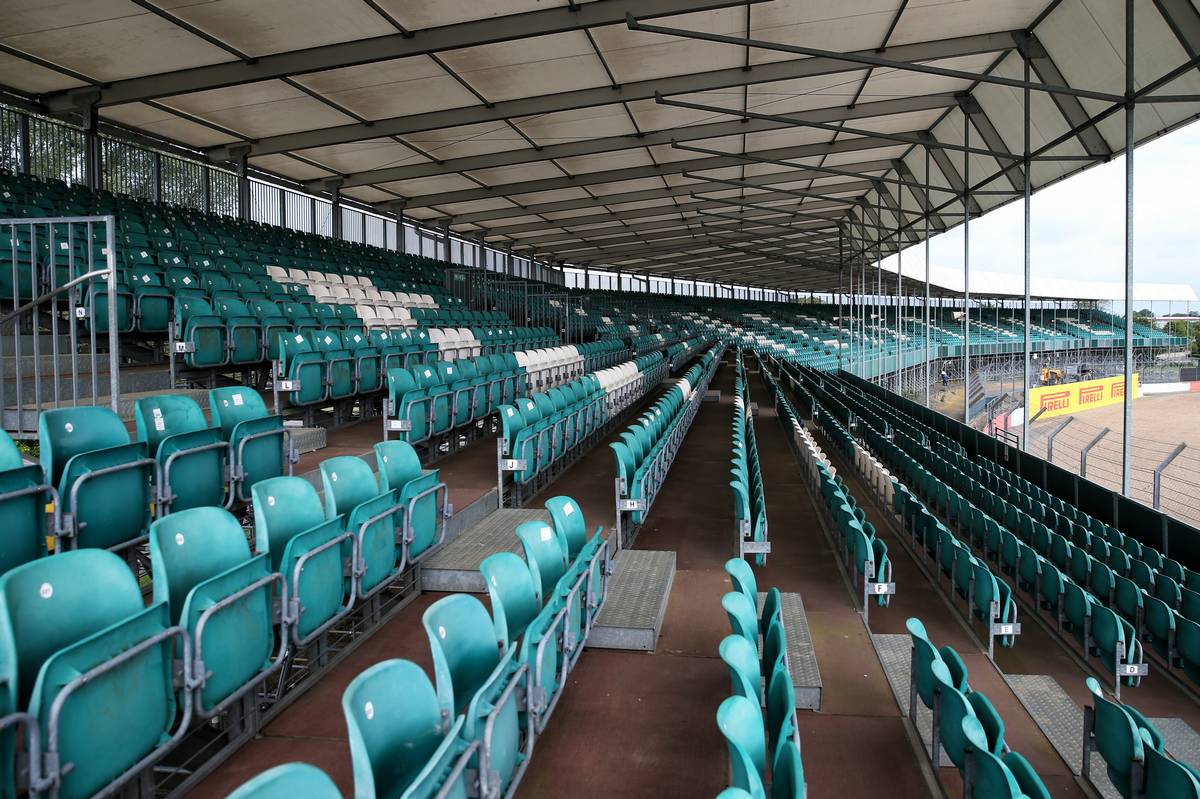 Next weekend's Portuguese Grand Prix may have to run behind closed doors after all, according to new reports from the Algarve.

That's despite ticket sales of around 30,000 already having been announced for the event, which is the first Formula 1 race to be held in the country since 1996.

The first eight races of the delayed 2020 season were all held behind closed doors due to the coronavirus pandemic, meaning that the grandstands were entirely empty on race day.

But the Tuscan Grand Prix was given permission to allow in a small number of fans at Mugello, and the following race in Sochi saw a more substantial crowd able to view practice, qualifying and the race in person.

The Eifel Grand Prix continued the trend with spectators once again permitted into the Nurburgring at socially-distanced locations. Next weekend's race was due to see the return of Formula 1's prestigious Paddock Club for the first time this season.

However since then there has been an upturn in coronavirus cases across Europe with regional and national governments upping restrictions in order to stop the spread..Formula 1 itself has confirmed eight more positive results among team personnel in the last week.

So far Portugal has recorded 95,902 cases of the virus with 2,149 deaths from a population of 10.1 million. The country's Directorate-General of Health (DGS) reported 2,608 cases on Friday, the highest number in a single day since the beginning of the pandemic.

However that's in part due to the total number of tests across the country also having increased.

Even so, it's led to officials taking a fresh look at whether to allow fans to travel to attend sporting events - including next weekend's Portuguese GP at the Autódromo Internacional do Algarve in Portimao, which has a normal maximum capacity of 90,000 fans.

The head of DGS, Graca Freitas, told a news conference on Friday that another option under consideration would be to reduce the number of permitted spectators.

Freitas added that the authority was still analysing the epidemiological situation in the immediate region where each event was taking place, and the type of event in question.

Even though tickets for the Grand Prix have been on sale for the last two months, race organisers have stressed that any change to the coronavirus situation could result in a rethink.

There has been no immediate comment on the situation from Formula 1 itself.

Under current FIA rules, anyone attending a Grand Prix would still have to wear masks, have their temperature tested, and stick to their designated seat for the duration of their day at the circuit.

The post Portuguese GP may be forced back behind closed doors appeared first on F1i.com.

Hamilton 'not particularly quick' on opening day at Sochi