It's his biggest mistake in the Pirates of the Caribbean series, but Cutler Beckett keeping Davy Jones' heart on the Flying Dutchman makes sense 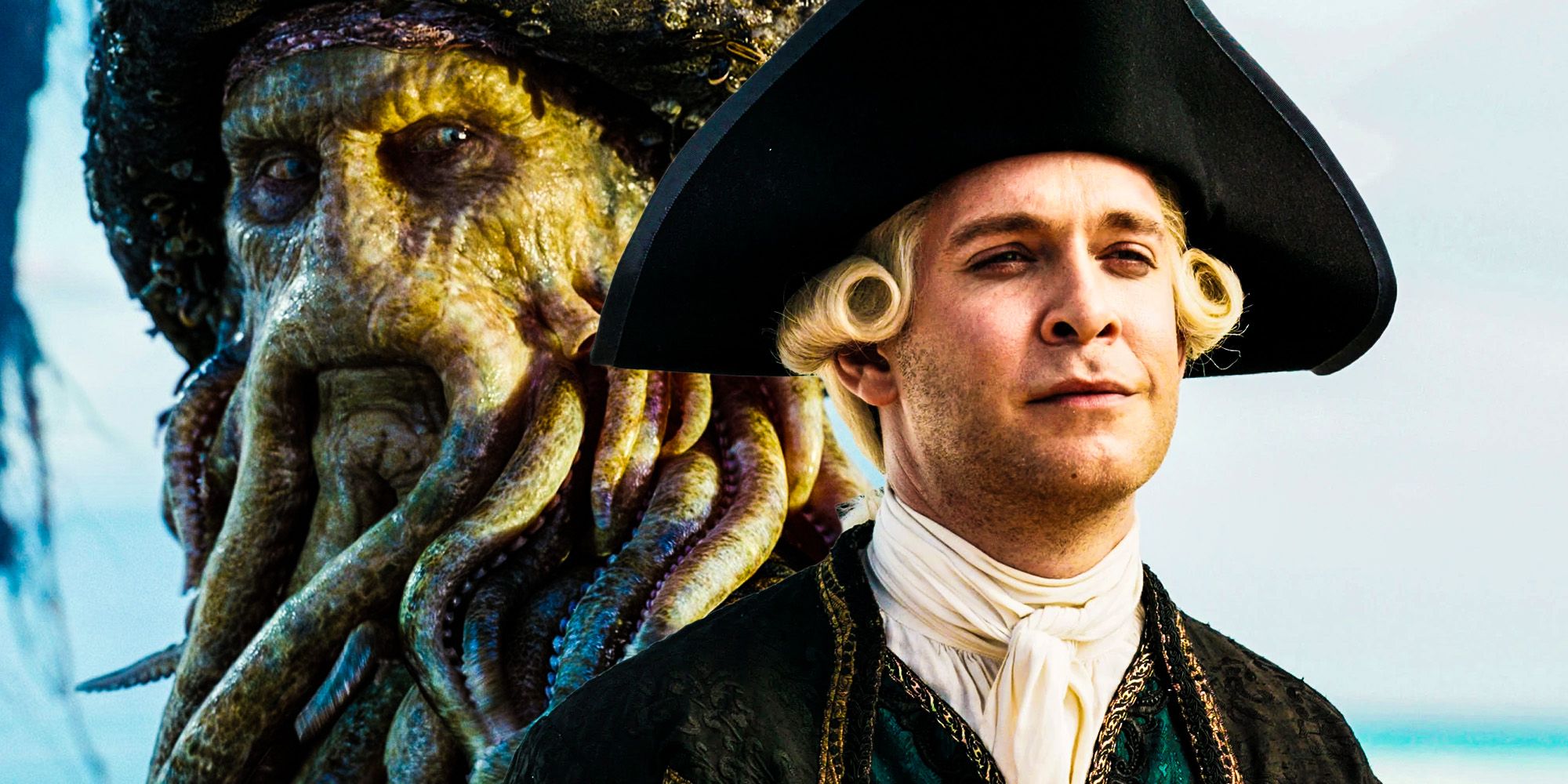 The Pirates of the Caribbean franchise features its fair share of plot holes, but there is a surprisingly satisfactory answer to the question of why human villain Cutler Beckett kept Davy Jones’ heart aboard his ship the Flying Dutchman in the third installment, At World’s End. Beginning in 2003 with the phenomenally successful The Curse of the Black Pearl, the Pirates of the Caribbean franchise managed to revive the swashbuckling adventure sub-genre after Cutthroat Island flopped eight years earlier.

The movie also made an overnight icon of Johnny Depp’s Jack Sparrow and won over both critics and audiences alike. The Pirates of the Caribbean sequels may not have been able to keep the first film’s momentum going thanks to their inconsistent tone and knotty plotting, but the series did introduce some compelling, if under-utilized, new villains in the later films such as Cutler Beckett and Davy Jones.

Related: Pirates of the Caribbean 6: Why Disney Is Rebooting The Franchise

Played to creepy perfection by Bill Nighy, the octopus-faced nautical legend Davy Jones was a heartless villain introduced in 2006’s Pirates of the Caribbean sequel Dead Man’s Chest. And that's quite literally heartless, as by the third film At World’s End, the slimy East India Company representative Cutler Beckett had stolen the chest containing Jones’s heart and used this newfound bargaining chip to force the man-monster to do his bidding. However, in what seems like an plot hole, Beckett kept Jones’ heart aboard Jones’ own ship, The Flying Dutchman. It’s a foolish idea, but to be fair to the Pirates of the Caribbean series, this sort of short-sighted stupidity is consistent with Beckett’s cruelty.

It’s a strange decision for the primary villain of At World’s End, Cutler Beckett, to keep Davy Jones’ heart aboard The Flying Dutchman. After all, while Beckett has the British Navy behind him, Jones is a supernatural monster who is near-immortal, and not only could he have potentially taken out the guard holding his heart hostage and retrieved it (thus nullifying Beckett’s power over him), he also could have gotten any (or all) of his many crew members to do so. However, Cutler Beckett’s odd choice does add up when his characterization throughout the rest of the Pirates of the Caribbean movies is taken into account.

Beckett’s decision make sense as he is intimidating Jones by keeping his heart so close by. Jones hates the reminder of his humanity and resents having it so close, leaving him too demoralized to steal it back. Of course, this still doesn’t account for someone else stealing the heart—which is exactly what happens, dooming both Beckett and Jones. The theme of Beckett’s short-sighted greed and avarice dooming him recurs throughout the Pirates of the Caribbean series, as the company man also lives to regret forcing Jones to kill his own Kraken as a display of servility when he could have used the sea monster to save his skin at the close of At the World’s action.

More: Every Pirates of the Caribbean Movie Ranked Worst To Best

Even Wolverine Himself Thinks Hugh Jackman Is Great Logan...