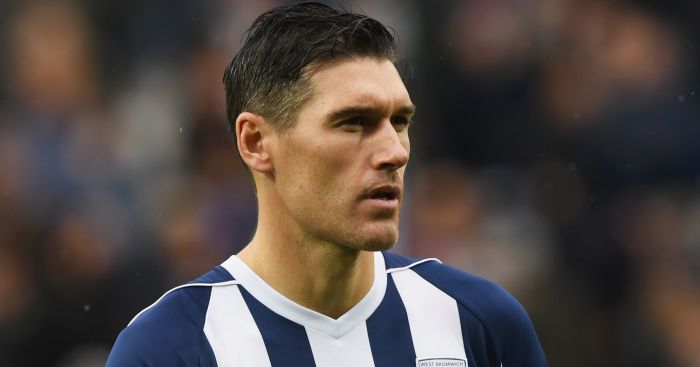 The 39-year-old, who has spent the last three years at West Brom, made a record 653 appearances in the Premier League and earned 53 England caps.

In all he made 833 appearances in a senior career of more than 22 years and scored 67 goals.

His final appearance came in West Brom’s FA Cup fifth-round loss to Newcastle before the Covid-19 enforced shutdown in March.

All the best in retirement, Gareth Barry

A tweet from the Baggies read: “An extraordinary, record-breaking career. All the best in retirement, Gareth Barry.”

Barry came through the youth ranks at Brighton before joining Villa as a 16-year-old in 1997.

He initially made his mark as a defender, notably as a left-back, and made his Villa debut in a Premier League game at Sheffield Wednesday in May 1998.

It was the first of 441 appearances for the club before becoming a high-profile recruit for City as they underwent a transformation following their takeover by Sheikh Mansour.

He moved to the Etihad Stadium in a £12million deal in 2009 and played a key role as the club won the FA Cup in 2011 and league title the following year.

He moved on to Everton, initially on loan, in 2013 and spent four years at Goodison Park before his final switch to West Brom in 2017.

Villa tweeted: “441 appearances, 52 goals and more than a decade of service at Villa Park.

“Wishing Gareth Barry all the best in his retirement, and congratulations on a wonderful career!”

City also paid tribute, tweeting: “Everyone at Manchester City wishes Gareth Barry all the best in his retirement!”

Everton tweeted: “All the best in retirement, Gareth Barry! Congratulations on a magnificent career and thank you for your time with the Toffees.”

Barry made his England debut in 2000 and was a member of the squad at that year’s European Championship. He played three games at the 2010 World Cup in South Africa but was forced to pull out of Euro 2012 through injury.

The Football Association tweeted: “Wishing Gareth Barry, who won 53 caps for the #ThreeLions and scored three goals, all the very best in retirement! Congratulations on a fantastic career.”

Chelsea are simply benefiting from their own cheating