Pret seeks to renegotiate deals with landlords as trade disappears

Pret A Manger has hired consultants to help it renegotiate its rents as it seeks to mitigate the devastating impact of the coronavirus pandemic. Read more: Pret seeks to renegotiate deals with landlords as trade disappears 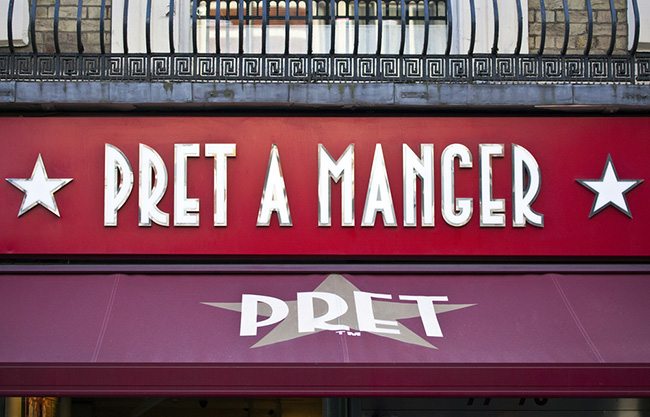 Pret A Manger has hired consultants to help it renegotiate its rents as it seeks to mitigate the devastating impact of the coronavirus pandemic.

The sandwich chain announced at the weekend that it had appointed Alvarez & Marsal and CWM, a retail property consultancy, to advise it on a “comprehensive transformation plan”, with a focus on its cost base.

It said that the consultants would help Pret “examine the best options to adjust its business model in a new retail environment”, in particular addressing “leasehold pressuresin the light of the changed market conditions”.

The chain has been operating 100 shops for takeaway and delivery, with another 200 due to reopen today, but sales are understood to be no more than 20 per cent of pre-lockdown levels and are expected to take years to recover.

Pret was founded by Julian Metcalfe and Sinclair Beecham, who opened their first outlet on Victoria Street in central London in 1986. In 2014 it set up its first branch in China. The company now has more than 550 stores in nine countries, including the United States, Hong Kong and France. In 2018, it was acquired by JAB Holding Company, the conglomerate behind Kenco coffee, for £1.5 billion.
Pano Christou, Pret’s chief executive, said: “We have been radically adapting our business model to succeed in changing market conditions. Reduced footfall, combined with high rental costs, have placed pressure on our business.”

One of the big issues for Pret, which has 8,500 UK employees, is that about 70 per cent of its 429 UK outlets are in London, which has been worst hit by the collapse in footfall because most of its customers are working from home.

Its fear is that after the lockdown is lifted, the incidence of home working will remain high, creating a double whammy for Pret.

In its negotiations with its landlords, the chain is believed to have mooted the idea of moving to turnover-based rents. Its biggest landlord, Network Rail, is already thought to operate a turnover-related system.

Pret is believed to have paid only some of the quarterly rent due at the end of March.

Christou, is not thought to be considering a company voluntary arrangement. “We’d explore every avenue before going down the CVA route,” said one source.

How Tech Can Help Your Business Grow

Sales Presentation Techniques: 7 Powerful Ways to Get That...

3 Women Whose Breast Implants were Killing Them are using...

Scottish report calls for Government to take stakes in...