Scott Morrison says nearly a million jobs will be restored as the country emerges from COVID-19 hibernation. 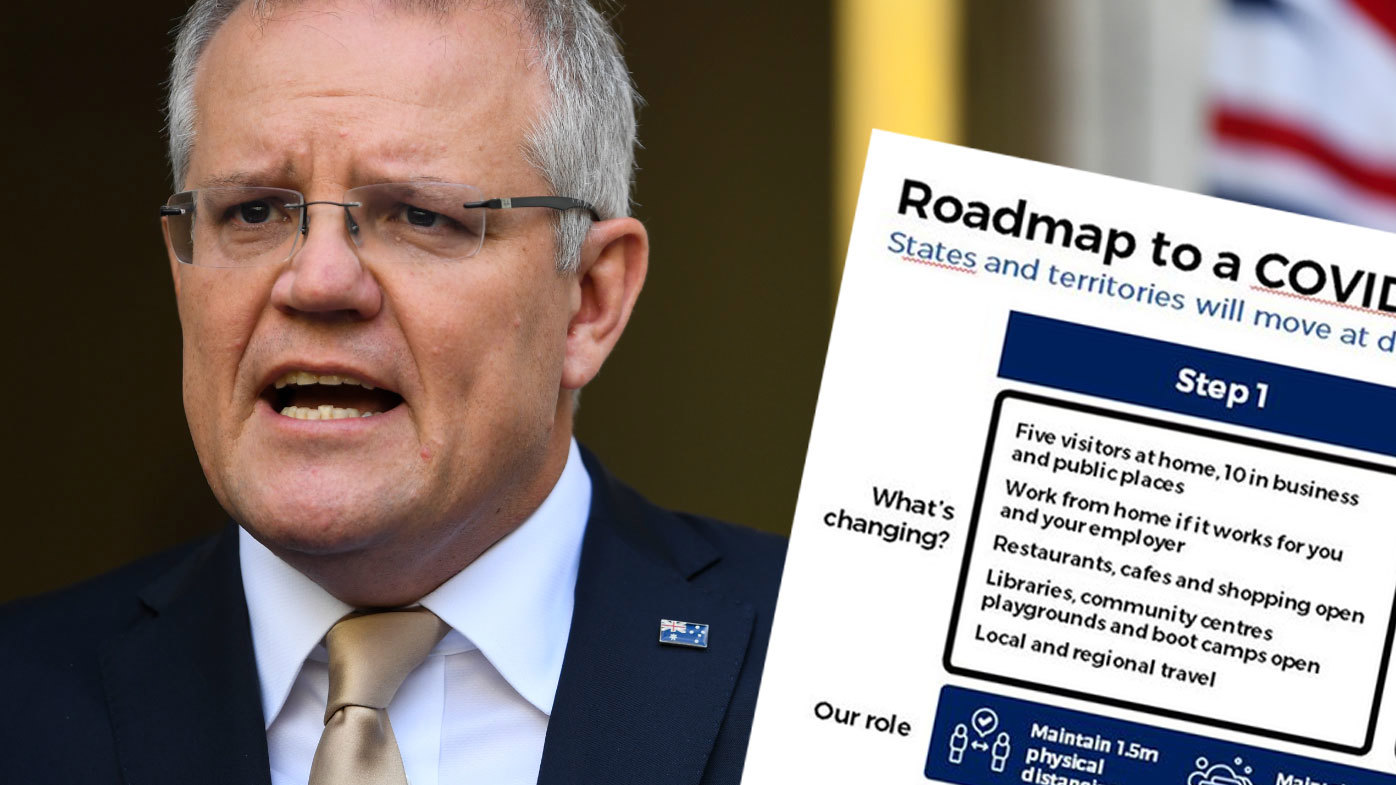 Prime Minister Scott Morrison has outlined the three-step plan aimed at returning Australia to a more normal way of life.

Each state and territory will move through the steps at their own pace, with treasury modelling indicating 850,000 jobs will be restored.

"In this plan, we walk before we run," Mr Morrison said.

"We know we need to be careful to preserve our gains, if we wish to reclaim the ground we lost, we cannot be too timid.

"But we cannot allow our fear of going backwards from stopping us from going forwards."

The Prime Minister stressed that stage one of the plan will not necessarily start immediately, with each state or territory needing time to prepare for restrictions to be lifted.

"Step one will enable greater connection with friends and family, allowing gatherings up to 10 people, and five guests in your own home," Mr Morrison said

"It will see children back in classrooms and in play grounds in their communities. Golfers back on the green. Lap swimmers back in the pool. Boot camps back in the parks. Retail and small cafes and restaurants reopening.

"It will see easing of restrictions for funerals with up to 30 attendees, outdoors, and 10 at weddings."

Key points for stage one:

Mr Morrison said the second stage will allow for gatherings of up to 20 people, including cinemas and galleries, organised community sports and beauty parlours. 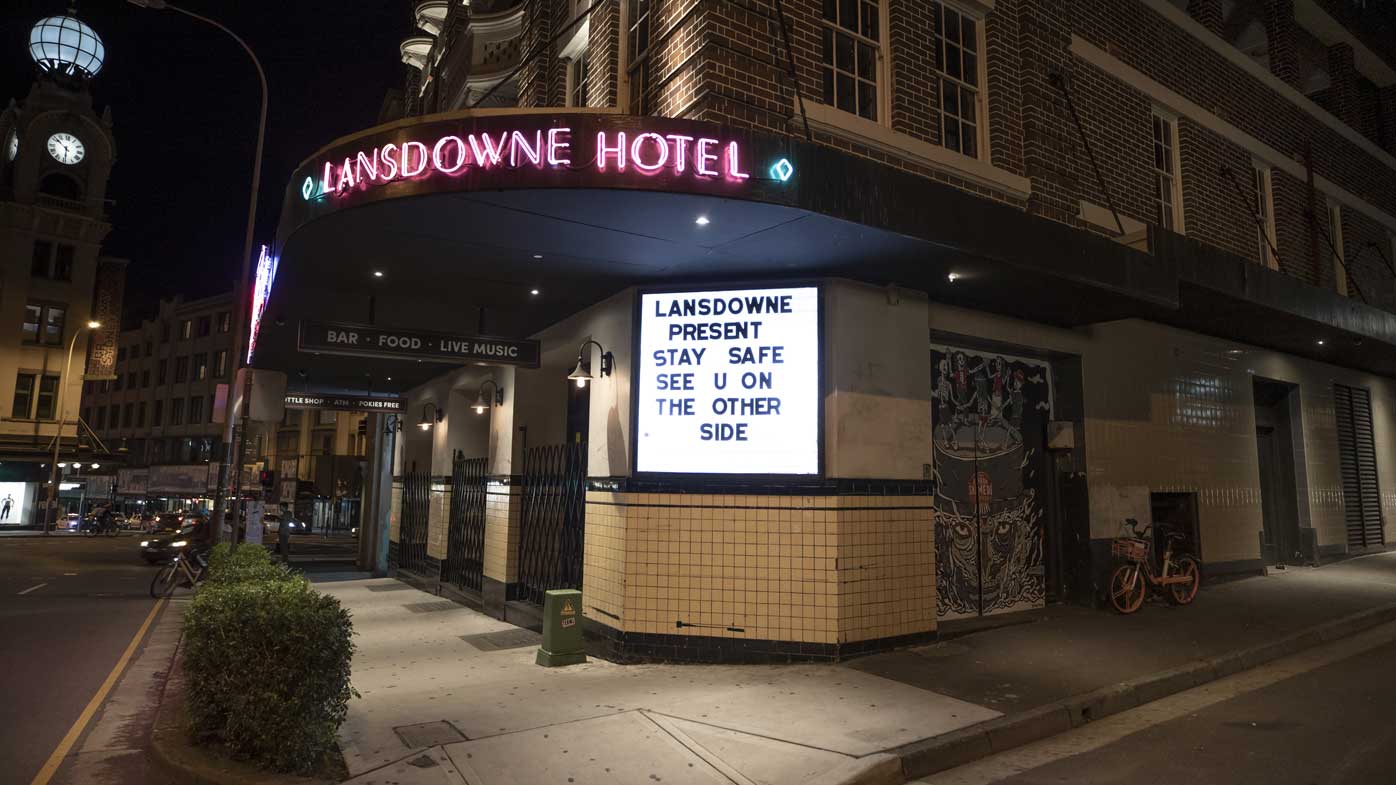 The third stage will permit gatherings of 100 people, with most people back in the workplace. Interstate travel is likely to resume by this time, with pubs and clubs open with social distancing restrictions. 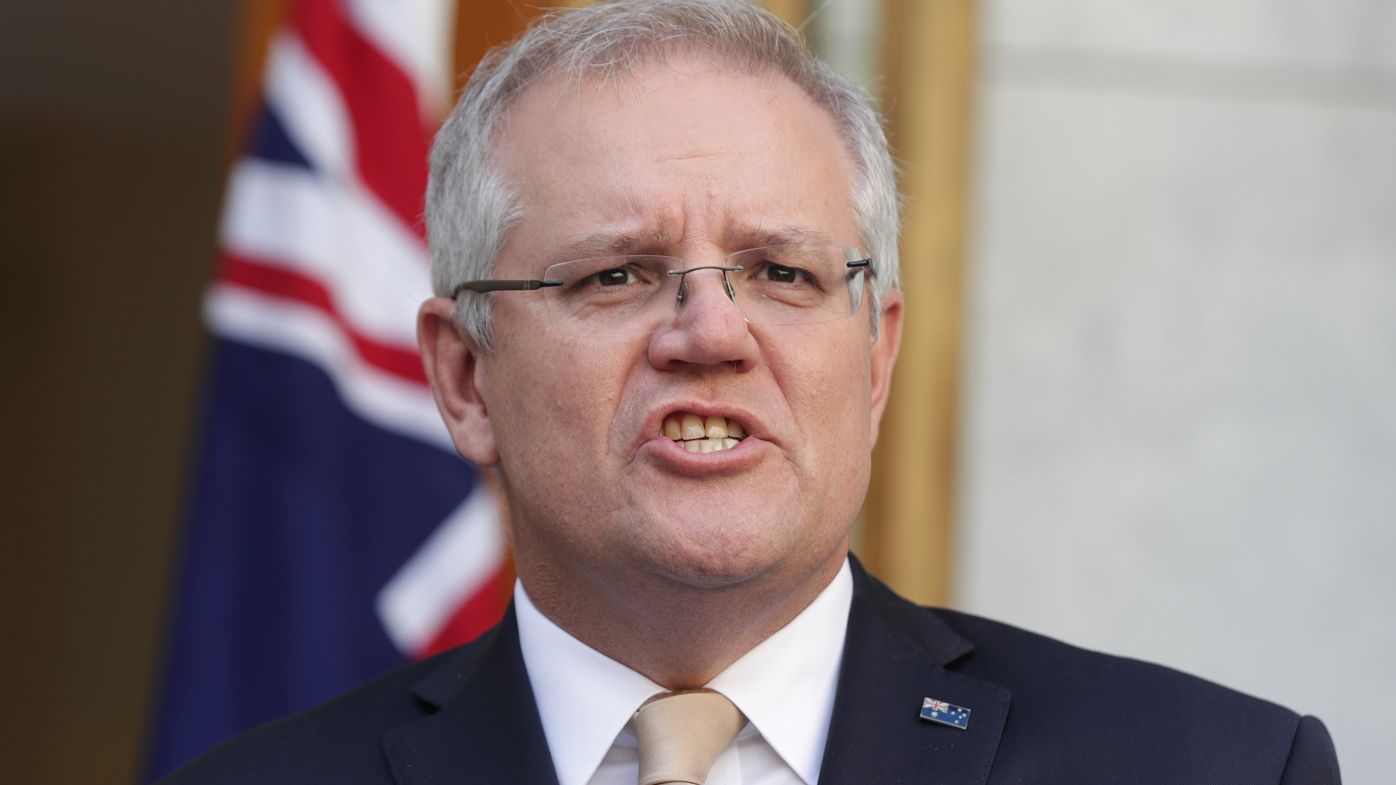 Australians will still be encouraged to work from home if possible through the first two stages of the plan, with the Prime Minister hoping the third stage will be in force by July.

Mr Morrison said there will be setbacks as the country re-opens, but said health officials are doing everything they can to keep infections under control.

"Outbreaks are going to happen," he said

"All Premiers and chief ministers understand that. And so it's how you respond to them.

"It's not a reason to slow things down."

Can I travel? What the roadmap out of coronavirus lockdown means