Prince Charles In Danger Of Being ‘Skipped’ In Favor Of Prince William?

If the queen skips over Prince Charles in the line of succession, is Prince William ready to take the throne? A new report is claiming he is. Gossip Cop investigates.

A recent edition of Us Weekly is insists Prince William is getting ready to take the throne, and has some big plans for when he does. The report begins by explaining how difficult the last year has been for William. Between the pandemic, Prince Harry’s dramatic exit from the royal family, and Prince Phillip’s passing, “The last year has been a real whirlwind for him,” explains a royal insider.

That being said, the tabloid insists that Prince William has really stepped up to the plate. According to the insider, “William has really grown and evolved, and there’s no question that he will make a great king.” The source continues, claiming he isn’t taking the throne without a plan. “William is already thinking about the future of the monarchy and all the changes he plans on making,” muses the insider.

While William is reportedly planning to respect royal tradition, “he wants to modernize the monarchy and is making it his mission to be more relatable than previous generations.” The source also asserts that William aims to be more down-to-earth than his predecessors, claiming he wants, “to be in tune with what the public wants and also build on the immense volume of work the queen has done.”

Prince William Next In Line?

The magazine hints that William’s time on the throne might come “sooner rather than later.” According to the reports, there has been talk of the queen skipping over Charles in the line of succession. The insider concedes that while the prospect is flattering to William, “he thinks it’s highly unlikely.” That being said, the royal insider seems to disagree, and it all has to do with Prince Harry and Meghan Markle.

The source insists that Queen Elizabeth is furious with Prince Charles for how he’s handled the rift with Prince Harry. According to the insider, Charles is “being stubborn and saying he may never forgive Harry, which isn’t going down well with the queen.” The insider explains that if Charles doesn’t mend the rift, “it wouldn’t be out of the question for her to hand the crown straight to William.”

So, is it true that Prince William has big plans for when he’s crowned? Possibly, but despite the tabloid’s claims, that time is likely a bit farther down the line.

Furthermore, the tabloid fails to provide a reason as to why the queen would skip over her son. While the alleged “insider” insists it’s because of his rift with Prince Harry, that doesn’t make much sense. Prince Harry and Meghan Markle have left the royal family and have made it clear that they aren’t trying to win their way back in.

The so-called source makes it seem like Harry is asking for his father’s forgiveness so everything could return to normal, but that is clearly not what’s happening. With that in mind, the queen would have no motivation to try and tailor the law to make Prince William the next king.

The Tabloid On Prince William Taking The Throne

Besides, Gossip Cop has debunked this claim from Us Weekly before. Last year, the tabloid reported that Prince William and Kate Middleton were “bypassing” Prince Charles and taking the throne. Of course, the claim was no more true then. More recently, the tabloid said that Queen Elizabeth was stepping down and naming Prince William as her successor. As previously stated, the queen does not have the power to do so. Obviously, the publication enjoys putting a new twist on this story every so often, but that doesn’t make it any more true.

Kate Middleton About To Have Another Baby?

Report: Ben Affleck And Jennifer Lopez Back Together And Already Talking About Getting Married

You Won’t Believe These Insanely Comfortable Sandals Are From Crocs 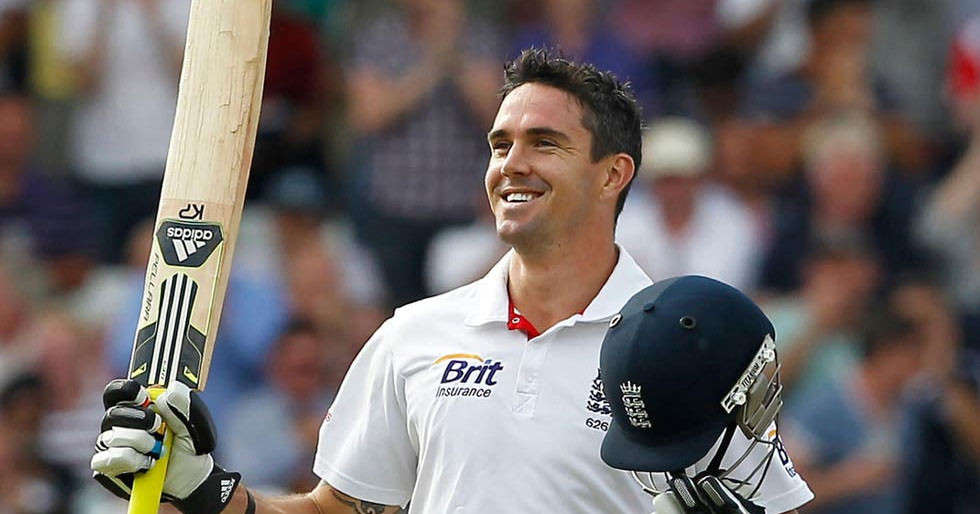 Former England player and captain, Kevin Pietersen was in India for the Indian Premier League. The cricketer had to return home after a few players tested positive and the league was indefinitely suspended. Right after that, several international players, including Brett Lee and Pat Cummins extended a helping hand and donated to the financial aid in the country. The love for cricket in India is one that even these international players have felt in the past and continue to experience even today and this gesture did win them more hearts in these grim times. 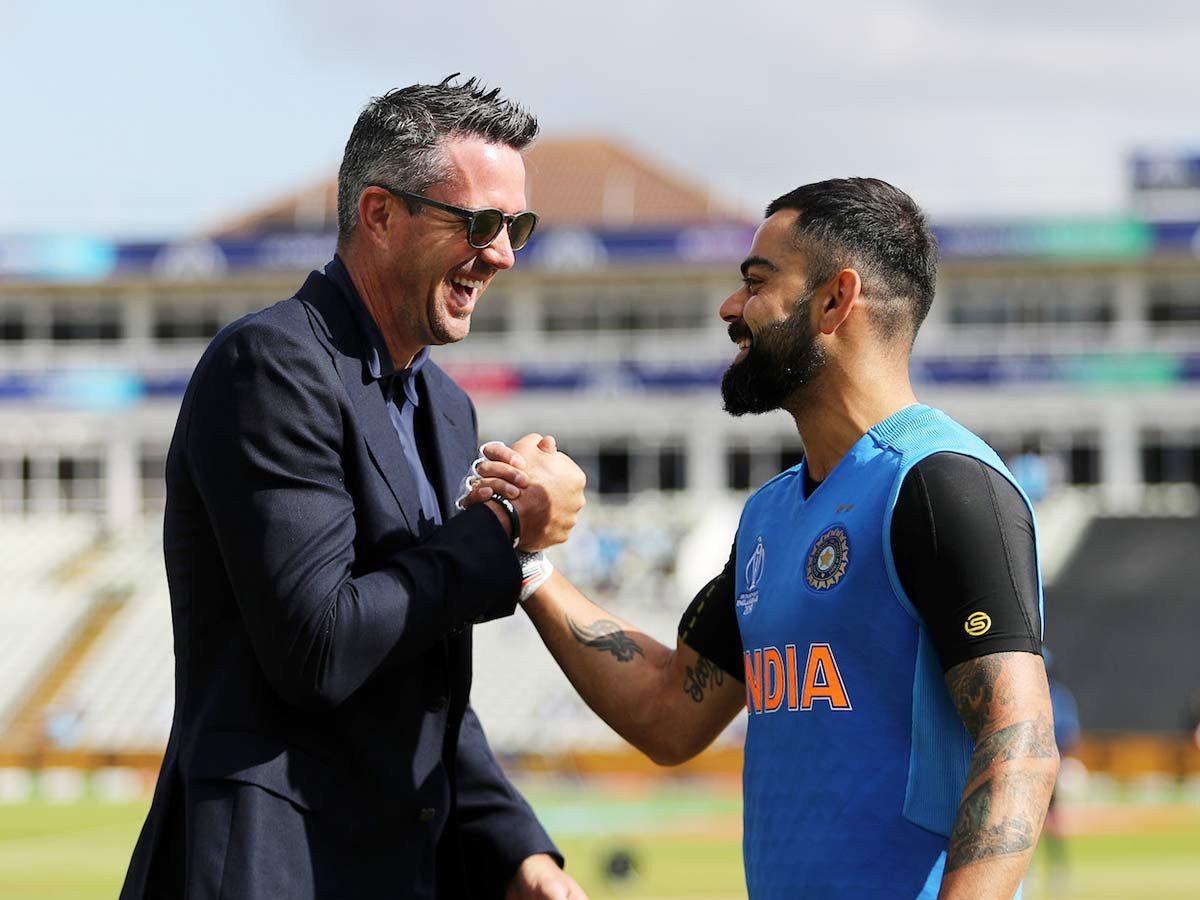 Speaking of his admiration for the country and the people, Kevin Pietersen took to social media to pen down a short note about how he missed the country and how he’s kept the people in his prayers. He wrote the note in Hindi and the translation goes, “I may have left India, but I continue to think of the country that has given me so much love, even now. Please stay safe and continue to be cautious. This too shall pass.”

You can read the original text below. 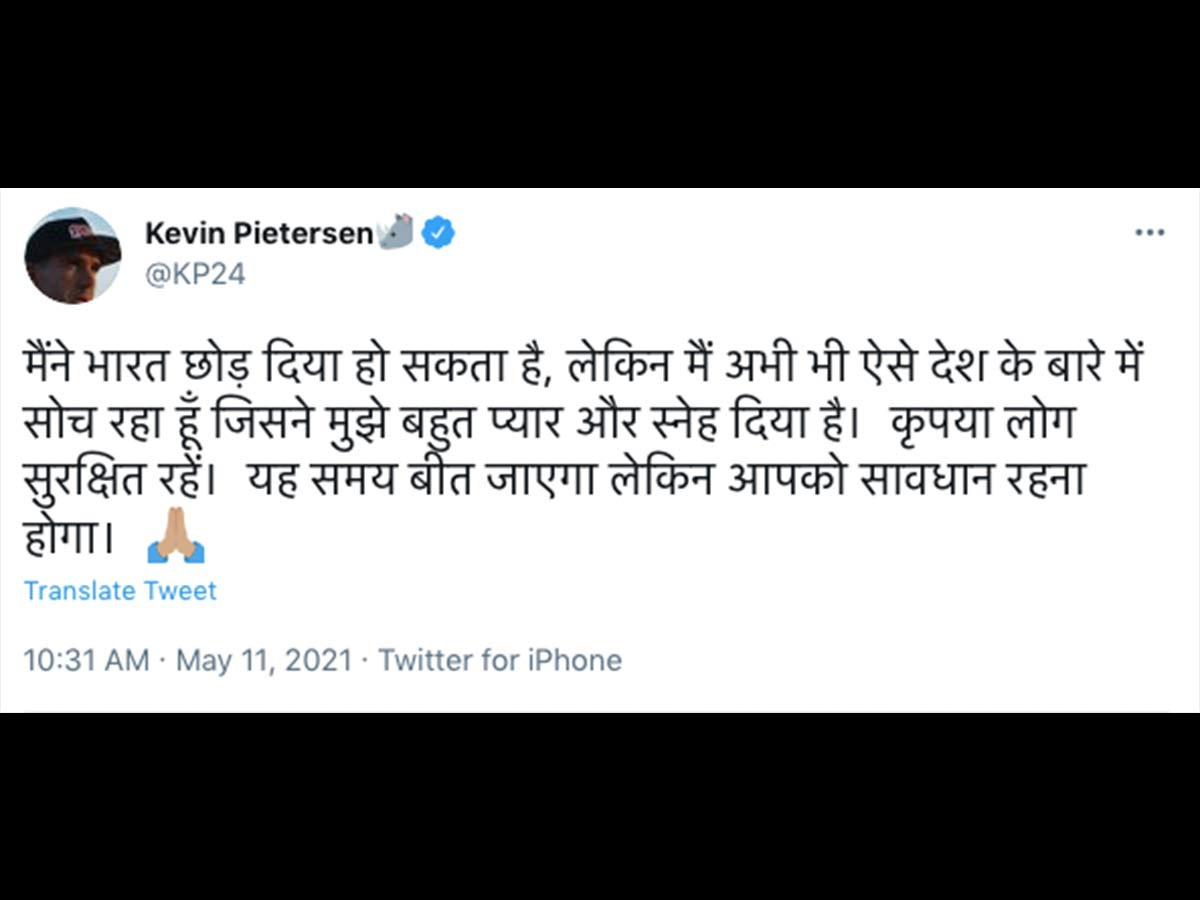 Jennifer Aniston Turning To A Psychic To See If She's Destined...

Check out the view of the city from Anushka Sharmaâs house

âœHow can people say he had no work?â- Rumi Jafry slams...