Player dreams of an all-black PS5 DualSense controller may finally come true, as official images of the high-tech gamepad clad in black have surfaced. 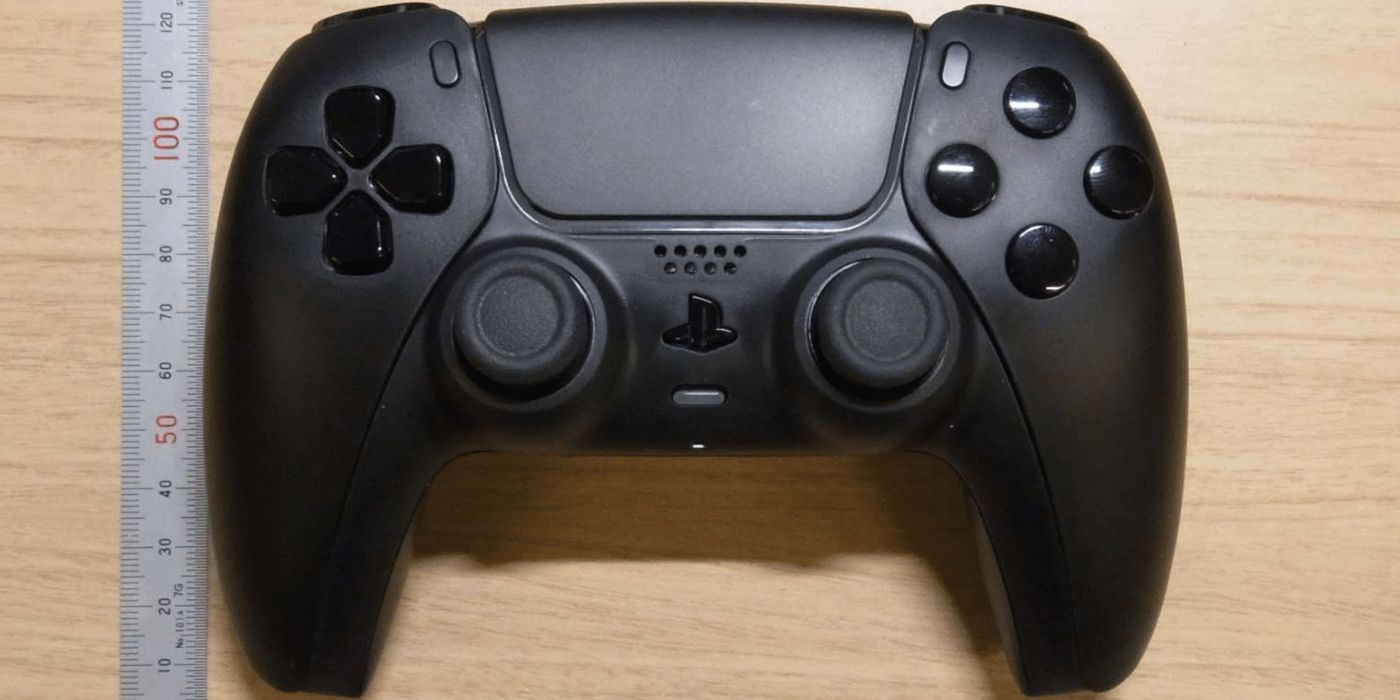 The 's mythical black controller (or one variant of it, at least) appears to be real after all, making a sudden appearance in official FCC listing photos that look way better than the default white controller's design. From the moment of the controller's unveiling in April of this year, questions about a more traditional black version have dominated the discussion surrounding the expensive, high-tech gamepad, and it seems that PlayStation purists who want a controller as black as their souls will get their wish.

Digital artists took to work immediately following the DualSense's announcement to answer what everyone else wanted to know: what does it look like in black? It turns out that fan mockups don't look too far from the real thing, but all bets of any physically customizable PS5 user experience seemed to be off just a few months ago. A string of fake black PS5 consoles and controllers passed off as the genuine articles killed most credibility that now-legitimized leaks had all summer long, but the black parade has slowly gained steam online as dev kits, preview consoles, and pre-launch promotional materials have had their time to disseminate around the world.

The latest, most convincing evidence of a black PS5 DualSense controller was spotted in a tweet from welltest789 (thanks, VGC), showing off clear-as-day photos of the black-as-night controller. The legitimacy of these photos is practically unquestionable, coming from an official FCC listing with every possible angle accounted for - internals included. Though previously locked exclusively to PS5 preview units, these black beauties have now been listed for consumer use and may end up on store shelves as soon as next year.

With this player wish evidently well on its way to being granted, other PS5 design queries might be worth revisiting, as well. The hulking beast that is the PS5 console was also the focus of many adept digital artists' attention following its reveal this summer, with images of alternate colors and game-specific editions flooding the internet through the present. Alongside rumors about and peeks at black DualSense controllers, the most common desire from players seemed to be for a console with black plates rather than the stock white ones, which some theorized from early on to be interchangeable. That seems to have proven to also have been accurate, with an official Sony teardown of the console revealing how easy it its to pop the default plates off (and, presumably, back on).

People like to stick with what they know, and the gaming community is no different. As such, longtime PlayStation players have made it clear they want to ditch the pseudo-sci-fi white-and-black look of the launch editions of the PS5 for the dark look they've known and loved since the days of the PS2, and it's looking likely that separately sold black console plates and all-black controllers will allow them to modify their next-gen experience into something far more familiar.

Next: PS5 Preorders: How & Where To Order A PlayStation 5 [Updated]

Star Trek Discovery: Why Dilithium Is So Important (& Dangerous) Explained