Universal officially delays The Purge 5 (which is titled The Forever Purge) from its July 2020 release date and will reschedule it down the line. 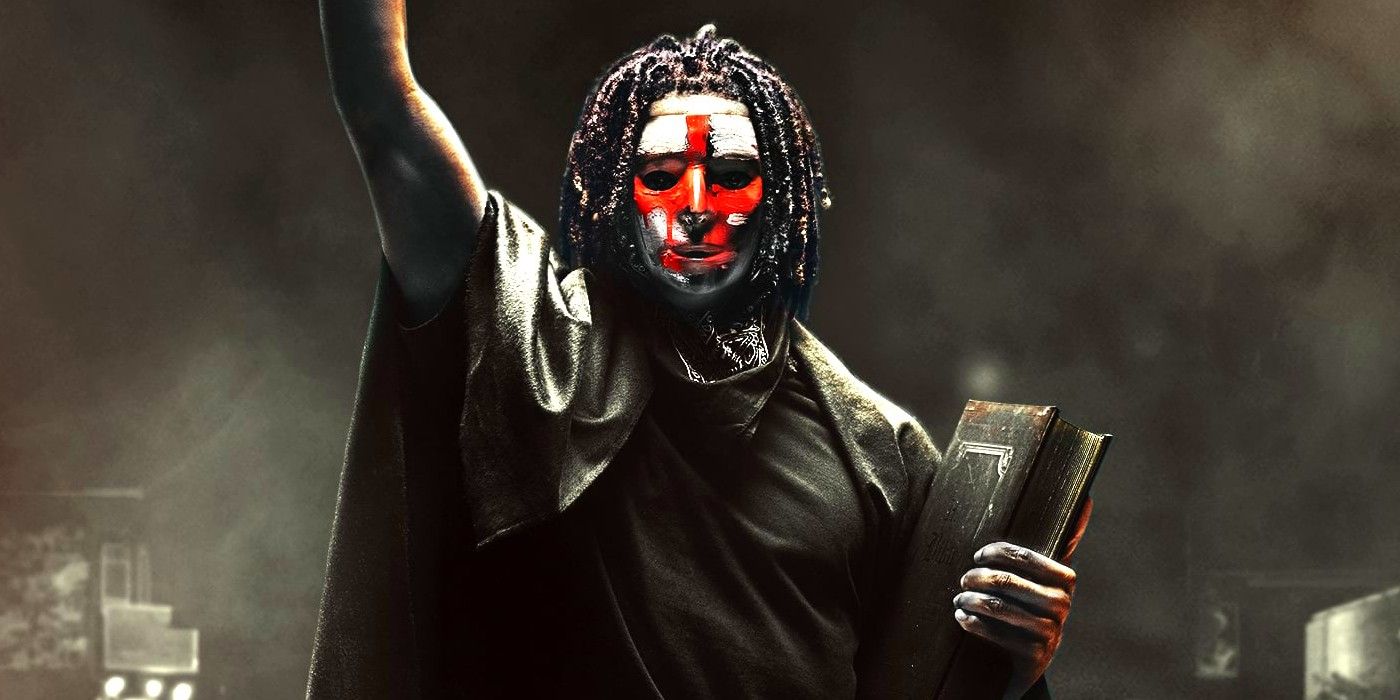 Universal has officially delayed The Purge 5 - which is titled The Forever Purge - from its original release date in July. Since the coronavirus pandemic took a turn for the worse back in early March, studios have pulled virtually every movie off the release calendar through to the first month of summer. As it currently stands, will be the first major film to arrive when theaters (maybe) begin reopening on July 1, being the first tentpole to play a couple weeks later.

Throughout all the release date changes announced over the past two months, Universal has quietly held onto July 10, 2020 for its fifth Purge movie. The project has only continued to make its way through post-production along the way, with producer and Blumhouse founder Jason Blum getting it ready for release this summer while he self-quarantines at home. And while it was starting to look like The Forever Purge might actually try and make its previous date, that's not going to happen.

Related: Purge 5 Theory: How America's Latest Situation is Even Worse

Today, Universal confirmed The Purge 5 is titled The Forever Purge and has been indefinitely delayed for the time being. In their press release, the studio also mentioned the film "will be redated at a later time."

In recent weeks, some have speculated Universal would send The Forever Purge directly to VOD, as it did with Trolls World Tour in April and plans to do with in June. Their statement suggests otherwise, though, and it appears the plan is still for the film to hit theaters at some point. The Purge movies are a low-risk from a commercial perspective (the first four cost a combined $36 million), so a straight to steaming release wouldn't be out of the question from a business perspective. That said, with AMC Theaters claiming they're no longer going to be showing Universal's films because of their direct to VOD releases, the latter is unlikely to announce any more of those in the immediate future - at the least, not until after King of Staten Island comes out and/or it's clear whether theaters are actually going to reopen in July or not.

Building off that, all eye are on Tenet right now, as everyone waits to see if Warner Bros. decided to delay the movie from its release date in July or not. If the studio does postpone the film, studios insiders say it's unlikely any new movies will open in theaters this year until the winter holidays. Given all of the uncertainty, it's little wonder Universal went and pulled The Forever Purge off the calendar until further notice. They may even elect to move the film out of 2020 entirely and push it back by as much as twelve months to 2021 - something that's become an increasingly common practice for studios in the wake of the pandemic.

NEXT: Every Movie Still Releasing in Summer 2020