The first flights have already pushed back following the start of the trans-Tasman travel bubble. The long-awaited travel… 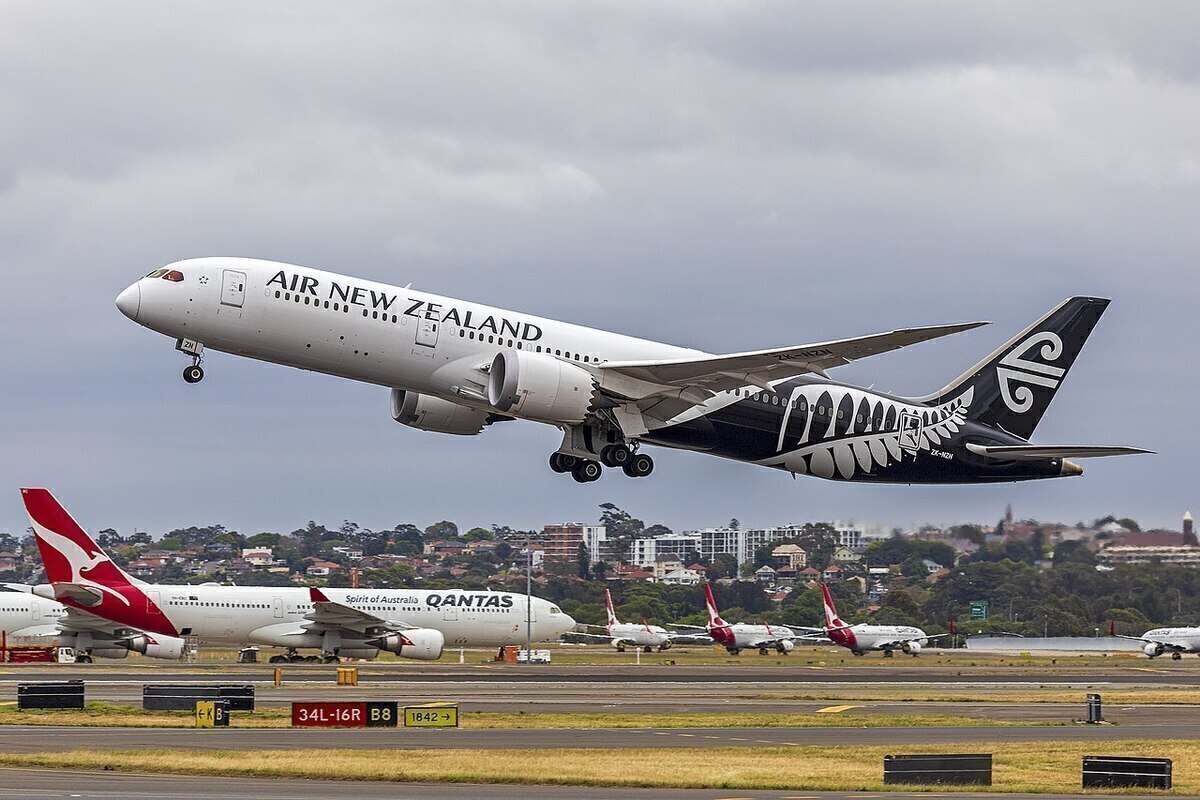 The first flights have already pushed back following the start of the trans-Tasman travel bubble. The long-awaited travel bubble opened overnight, allowing Australians and New Zealanders to once again travel freely between both countries. In response, local airlines are busy positioning planes and getting back to business on their key trans-Tasman routes.

A big day for trans-Tasman airlines

After operating just a handful of weekly flights, Air New Zealand plans to operate 30 flights across the Tasman Sea on Monday. Qantas will run 25 flights to and from New Zealand on Monday. Wholly owned low-cost subsidiary Jetstar will operate four flights.

Air New Zealand’s CEO Greg Foran has described Monday as “monumental” and a critical turning point for his Auckland-based airline.

The first flight to depart Sydney on Monday morning was a 06:15 Jetstar A320 service to Auckland. On Sunday evening, eagle-eyed planespotters spied a Qantas A330 repositioning into Auckland. While there is a swag of flights in the air on Monday morning, Qantas’ first Sydney bound service out of Auckland is cancelled. However, Sydney Airport expects to see a further five Qantas flights arrive from New Zealand on Monday. This includes services from Auckland, Wellington, Christchurch, and Queenstown.

“Quarantine-free travel has been almost 400 days in the making,” said Qantas CEO Alan Joyce on Monday morning. “Reopening these flights across the Tasman is a very important milestone in the recovery from the pandemic for Australia and New Zealand but also aviation and tourism.”

The demand for flights is strong

“It’s such a positive step forward,” Air New Zealand’s Chief Customer and Sales Officer, Leanne Geraghty told Wayfarer TV. Despite 70,000 Australians expected to head to Queenstown to go skiing this southern winter, it’s not all one-way traffic. Ms Geraghty is among tens of thousands of New Zealanders keen to head west to Australia. “Having come from Australia and living in New Zealand, I’m super excited to get back and see my own family.”

“Today is an incredible day for the many families and friends who will be able to reunite,” said Brisbane Airport’s CEO Gert-Jan de Graaff. “Brisbane Airport will welcome flights from Christchurch and Wellington for the first time since 28 March 2020, some 387 days. The initial pent-up demand has resulted in 40 services operating between Brisbane and New Zealand this week.”

Auckland Airport expects to host around 400 trans-Tasman flights this week. In contrast, the airport saw just 36 flights to and from Australia in the first week of April. That airport, along with its number one customer, Air New Zealand, will be big beneficiaries of this travel bubble.

It’s not all good news. As this travel bubble kicks off, Australia’s Prime Minister on the weekend tempered expectations of any further relaxation of travel restrictions in the short term.

“Australia is in no hurry to open those borders, can I assure you,” PM Morrison said on the weekend. “The idea that on one day that everything just opens, that’s not how this is going to happen. It will happen cautiously and carefully.”

Alaska Plans To Give Tourists Access To Vaccines This Summer

What China’s Air Market Can Tell Us About The Future