Qantas Plans To Reactivate Its Entire Airbus A380 Fleet

When Qantas began ferrying its 12 A380s to the Mojave Desert for storage last June, many thought it… 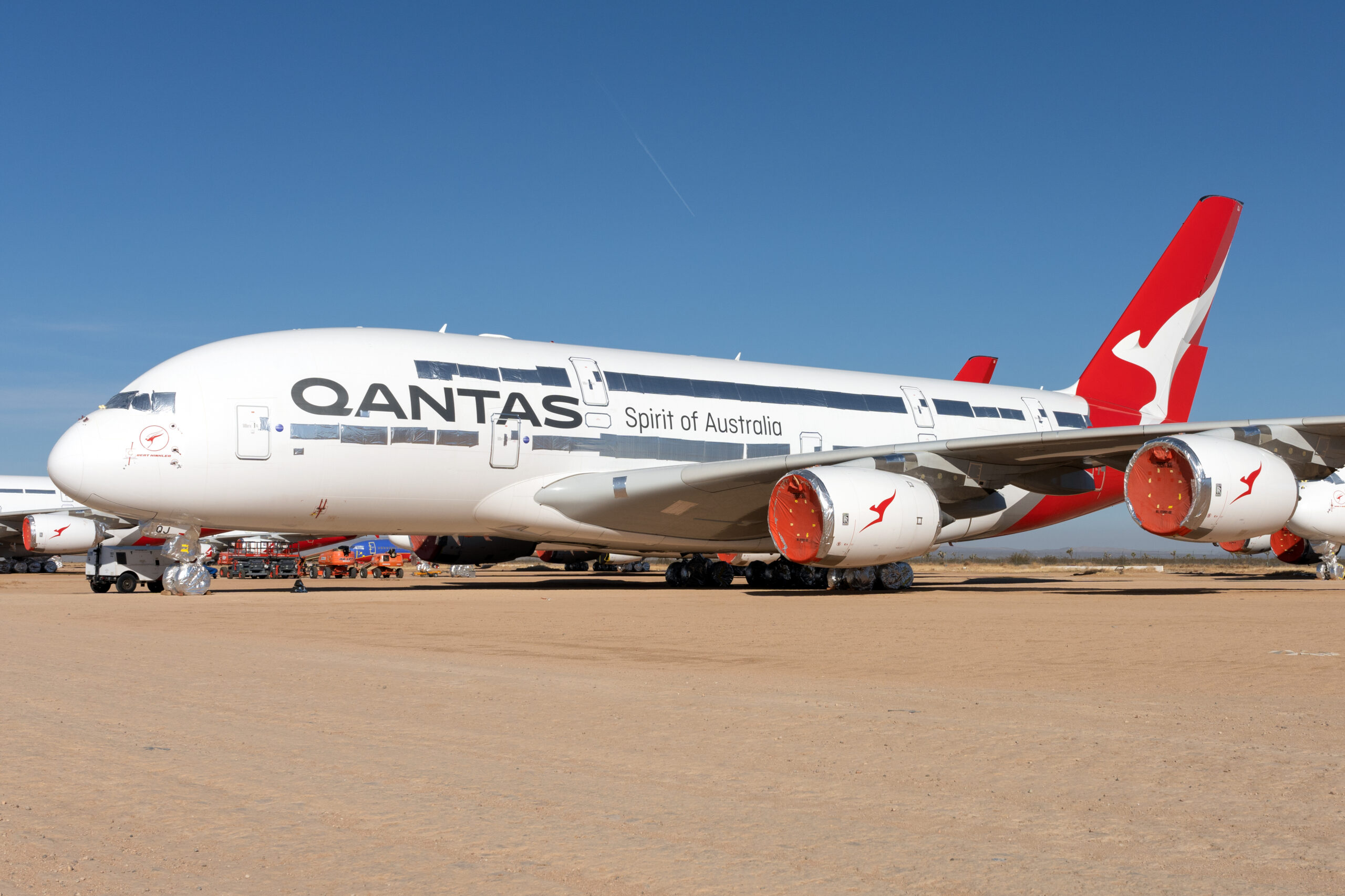 When Qantas began ferrying its 12 A380s to the Mojave Desert for storage last June, many thought it would be the last time we’d see the type fly for the Australian airline. However, CEO Alan Joyce has said today that he fully expects to bring back every A380 to the fleet, and can reactivate them as quickly as three to six months if needed.

All the A380s will return

It’s been 10 months since Qantas sent its A380s to the Mojave Desert for long-term storage. At the time, the airline didn’t think they would be needed again before around 2023 to 2024. In some circles, shadows of doubt were cast over whether the type would ever return to the Australian airline at all

However, despite the A380s decline across airlines globally, the future at Qantas appears to be quite bright. Speaking at today’s CAPA Live event, CEO of Qantas Alan Joyce said that he fully expects to bring all the A380s back into service. He commented,

“We think we will reactivate all of the A380s. We spent a lot of money on them … Once demand is there, they’re going to be good aircraft, get back in the air and we can cope with this lower demand environment with some time by just parking them and using the 787 system.

The A380s had begun a refit with Qantas’ new cabin products less than a year before the grounding. The new interiors, complete with a stunning new first class cabin, had been fitted to just six of the 12 aircraft, amid plans to operate the type for at least 10 more years. With the pandemic eating into that time, it remains to be seen whether Qantas will continue with the expensive refresh on the other A380s in the fleet.

Until the A380s return, the Dreamliner is picking up the slack. Speaking about the reasoning behind parking up the A380s, Joyce said it was largely about the high levels of premium seating on board the superjumbo. He said,

“They have the most premium seats of any aircraft we have. They’re directed towards the big premium market. We have been replacing the bigger aircraft with the 787s. They have a smaller premium cabin, but a smaller cabin overall, and a bigger percentage of the revenue coming from the premium cabin.”

And it’s not just the revenue potential from the premium seats that makes the 787 attractive to Joyce. He sang its praises in terms of range and economics too, saying,

“The 787 is such a good aircraft, it can replace the entire A380 and 747 network in terms of range, with smaller aircraft and unit costs that are even better than an A380.”

Joyce remains confident that the borders will open up in October this year. When that happens, he says that the 787 will be picking up the slack from the loss of the A380 and 747, with all by three of its pre-COVID destinations served.

“Our plan was at the end of October, if the international borders were to open up, we could start 22 of the 25 destinations we had pre-COVID with smaller aircraft, smaller premium seats on it. And we think that’s sufficient to make good money and the economics work on that business.”

In terms of the A380, the forecast is still that demand will not pick up enough to sustain the superjumbo until around 2024. For the time being, the aircraft will remain parked until such time as demand signals that it’s the right moment for them to return.

“We know the demand will come back, it’s just a matter of time … We’ve had this forecast for some time that we don’t see that occurring until ’24. That’s directed our strategy by saying that we park the A380s.”

However, Qantas has been smart in its parking strategy. The aircraft are located close to key maintenance bases, which means reactivation can be brought forward rapidly, if demand trends suddenly upwards. Joyce said,

“If demand comes back earlier, we can reactivate the A380s within three to six months. That’s the level of flexibility we have.”

The level of confidence Joyce is showing in the A380 is heartwarming, given the lack of support the giant jumbo is receiving in other quarters.

United Wants To Fly To Three Cities In China Next Month

Air Canada To Enforce Temperature Checks From All Passengers