Qatar Airways is launching flights to Ghana. From September 29th, the carrier will be flying to Accra four… 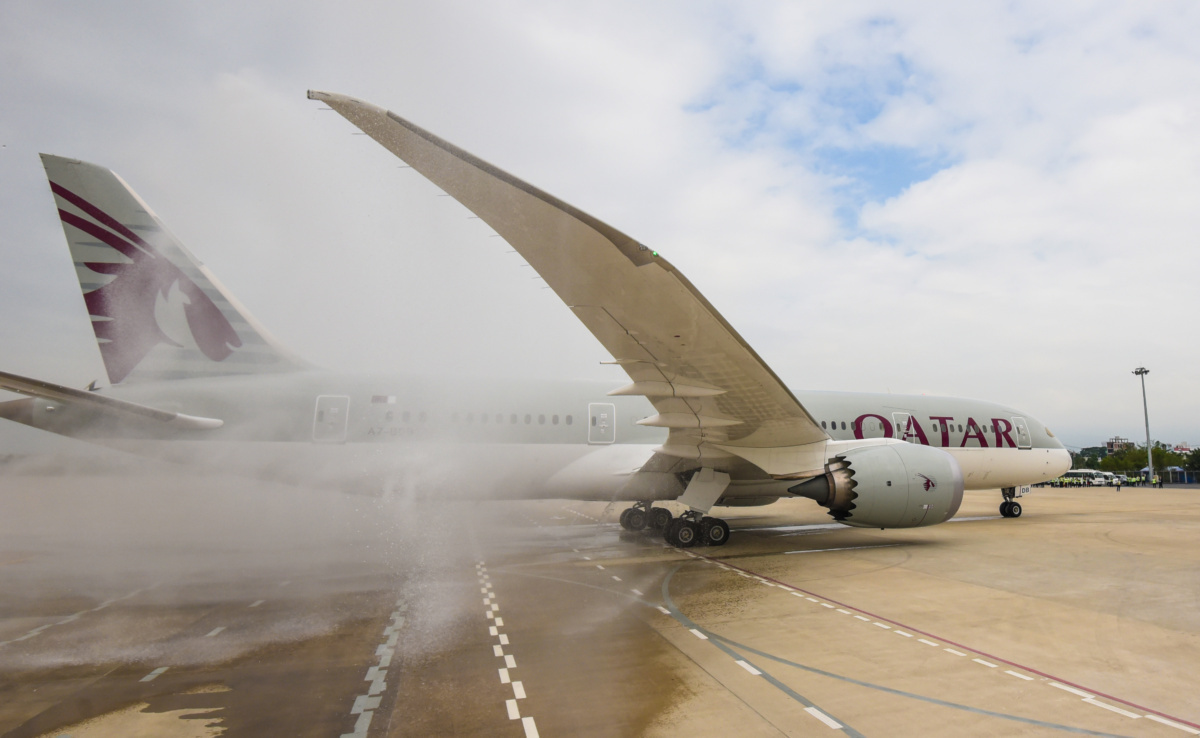 Qatar Airways is launching flights to Ghana. From September 29th, the carrier will be flying to Accra four times a week via Lagos using a Boeing 787 Dreamliner. After a few months of delays, Qatar Airways is finally launching this new route.

As of September 29th, Qatar Airways will be adding flights to Accra, Ghana. This will be the 14th destination in the carrier’s current African network. The airline will be launching four weekly flights via Lagos, Nigeria, using a Boeing 787. The schedule is as follows (all times local):

The airline is using a Boeing 787-8 Dreamliner on the route featuring 22 lie-flat business class seats and 232 standard economy class seats. The 787-8 has served Qatar Airways well thus far in the current crisis.

A delayed start to the route

Back in January, at the start of the 2020 Kuwait Aviation Show, Qatar Airways announced flights to eight new destinations. One of those destinations was Ghana. The airline would be offering daily flights from April 15th, 2020.

However, in March, the world started to change with the onset of the pandemic, and Qatar Airways delayed the launch of the route. Now, in September, the airline will realize its desire to operate the route, except with only four weekly flights with a stop in Lagos.

“We are delighted to be launching flights to the capital of Ghana, one of the fastest growing economies in the region famed for its local hospitality and highly sought after agricultural exports. We first announced our intention to launch flights to Accra in January 2020 and while the pandemic has slightly delayed these plans, it has not stopped us from fulfilling our commitment to passengers in Ghana and around the world. With the strong Ghanaian diaspora especially in Europe, the UK and U.S. we are thankful to the Ghanaian Government for their support in helping us to launch these flights providing an opportunity to reunite family and friends with their loved ones. We look forward to working closely with our partners in Ghana to steadily grow this route and support the recovery of tourism and trade in the region.”

The stopover in Lagos is likely due to lower demand for flights to Ghana. Before, with the airline’s vast network, there was more than enough connecting feed to support that route. However, in the current environment, this is a good way to serve the destination without adding extra capacity at a loss. It does not appear that Qatar Airways will have fifth freedom rights between Lagos and Accra as of now. However, it could be a great addition if respective governments allow it.

About a week ago, United Airlines announced its plans to serve Accra from 2021, also using a Boeing 787-8.

Are you planning on flying Qatar Airways to Accra? Are you glad to see the airline launch flights to Ghana? Let us know in the comments!

Which Airlines Operate The Airbus A350? A Comprehensive List