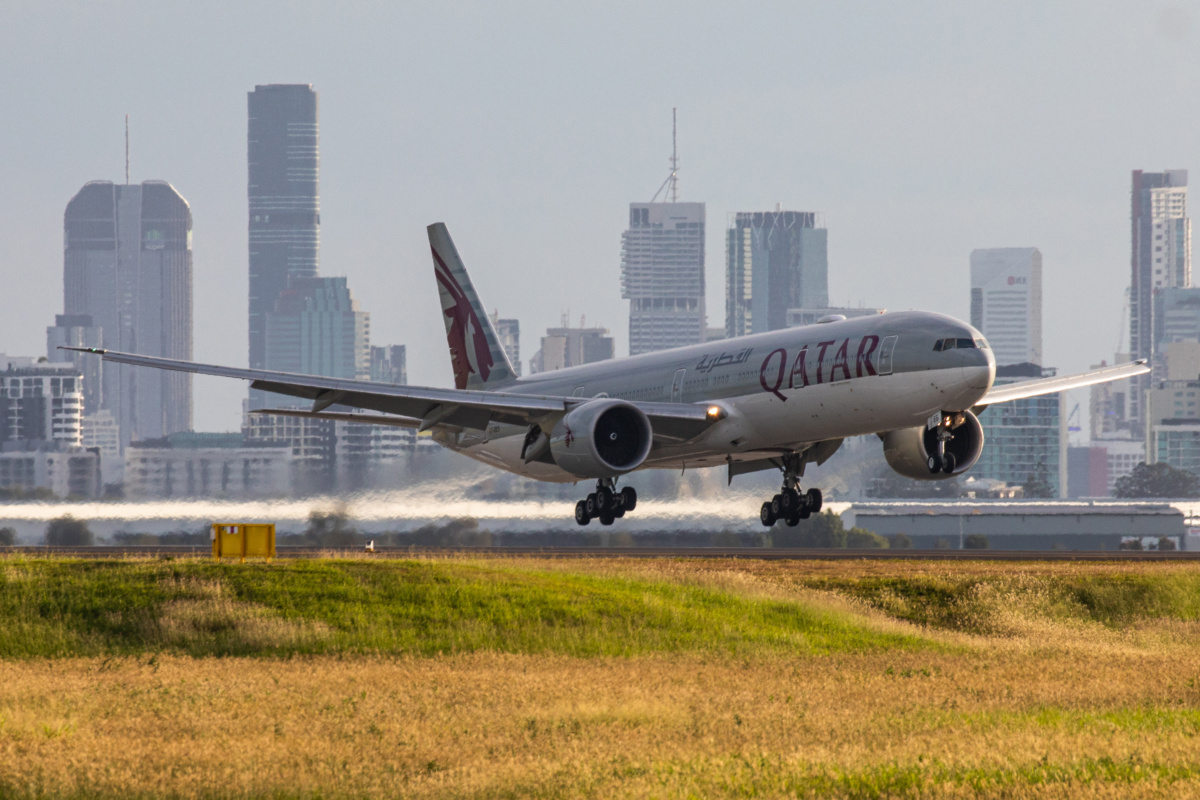 Brisbane is set to welcome back Qatar Airways with the Doha based airline resuming services to Queensland’s capital from May 20. Qatar had temporarily flown into BNE earlier this year and now is back until at least the end of June. The airline has won plaudits not just in Australia but around the world for keeping flights going while many of its competitors went in hiatus.

“While the direct service will bring more choice for passengers, the air access and export opportunities created by the commencement of Qatar services direct to and from Brisbane for the city and state are significant,” said Gert-Jan de Graaff, Brisbane Airport’s CEO in a statement.

“The demand for Qatar Airways services has always been clear, with Queensland generating more than 19,000 passengers to Doha alone in 2019.”

Qatar Airways will be operating their super-swish A350-1000s into Brisbane four times a week, giving Queenslanders ready access to what is arguably the best business class product in the sky, the Qsuite.

In addition to the 46 Qsuites, there are 281 economy class seats in a 3-3-3 layout on the Qatar Airways A350-1000. Flight QR912 will push back from Doha’s Hamad International Airport at 23:55 on Monday, Wednesday, and Friday. The flight touches down in Brisbane 20:45 the following evening.

After a couple of hours on the ground, QR913 will depart from Brisbane at 22:15 on Tuesday, Thursday and Saturday to touch down in Doha at 06:10 the following morning. Flying time is around 14 hours.

“Qatar Airways received exceptional approval to operate short term services to Brisbane to repatriate the many tourists, students, and diplomats who wanted to go back to their home countries.

“Our flights also provided Australians with an opportunity to come back home from various parts of the world including Europe, the Gulf and the Middle East, Asia, and others. We successfully completed this task, but now there are more travelers wanting to get home. “

Restricted passenger streams but enough to sustain some flights

It’s a restricted passenger stream, but it’s enough to keep Qatar Airways flying. In addition to Brisbane, the airline is offering daily services into Sydney and Melbourne and a four times a week service to Perth. The A350-1000 operates all the Australian flights.

Qatar Airways is not the only Gulf carrier paying attention to Australia. Etihad Airways is resuming a weekly flight between Melbourne and London using a Boeing 777-300ER. That flight is unusual because it is a through flight, circumventing the UAE ban on transit passengers.

Emirates also wants to resume flying to both Sydney and Melbourne from May 21. These flights have yet to be given government approval, but they are part of a planned wider resumption of Emirates flights to global destinations.

But both Etihad’s and Emirates’ resumption of services pale in comparison to Qatar Airways sustained commitment to maintaining flights. The airline has won a lot of fans for doing so. As Akbar Al Baker says;

“In these difficult times, customers are looking for an airline they can trust, our commitment and willingness to get people home continues to provide assurance.”

Delta May Have Too Many Staff As Aircraft Retirements Continue

Wizz Air Airbus A320 Returns To Bucharest Over Disagreeing...