During the six-week trial, R Kelly’s victims detailed how he controlled their day-to-day activities, including when to use the bathroom 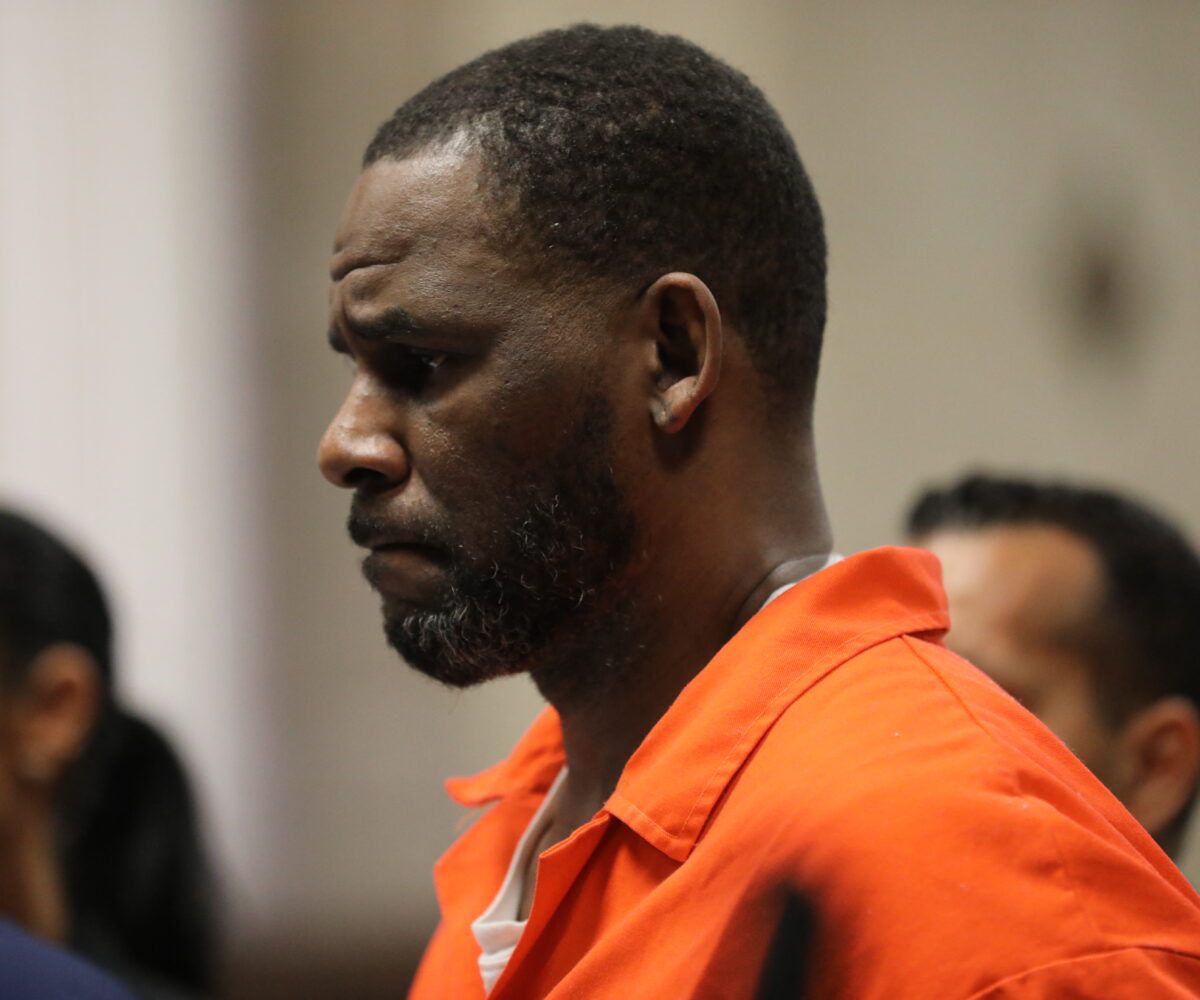 After years of managing to avoid taking responsibility, R & B singer R Kelly has been found guilty on all charges in his trial on racketeering and sex trafficking charges.

A New York jury reached the verdict on Monday, 27 September 2021, sealing Kelly’s fate. The 54-year-old, whose full name is Robert Sylvester Kelly, was accused by multiple women (and two men) of sexual abuse.

Kelly faced eight counts of sex trafficking and one of racketeering.

During the six-week trial, the court has heard how Kelly ran a sex cult and targeted and groomed his victims for his own sexual gratification.

The court heard from 50 witnesses in R Kelly’s sex trafficking trial, with only five taking the stand in the singer’s defence.

Attorney Gloria Allred, who represented many of Kelly’s victims, said of all the predators she has pursued, he was the worst.

“R. Kelly thought he could get away with this, but he didn’t. I am very proud of my clients who agreed to testify in this case,” she said.

R Kelly’s victims detailed how he controlled their day-to-day activities, including when to use the bathroom and even eat. He also told them what clothes to wear and forced them to call him “Daddy”.

“Today’s verdict brings an end to Robert Kelly’s decade-long reign of terror over many vulnerable girls, boys and young women. With this verdict, it is my sincere hope that it will also begin the healing process for these brave survivors,” said Pete Fitzhugh, Special Agent in Charge for Homeland Security investigations in New York.

Kelly will have to wait until 4 May 2022 to find out how long he will spend in prison, but experts reckon it will likely be for the rest of his life.

The singer, known for hits like Happy People and Spirit, was also found to have trafficked women between different US states and produced child pornography.

Europe or Kaizer Chiefs? Major update on Thabo Cele who has made a decision on his...

Europe or Kaizer Chiefs? Major update on Thabo Cele who has made a decision on his new club

South Africa u23 midfielder Thabo Cele is reportedly close to finalising his future having been linked with Kaizer Chiefs, after his trial with Radomiak in Poland. 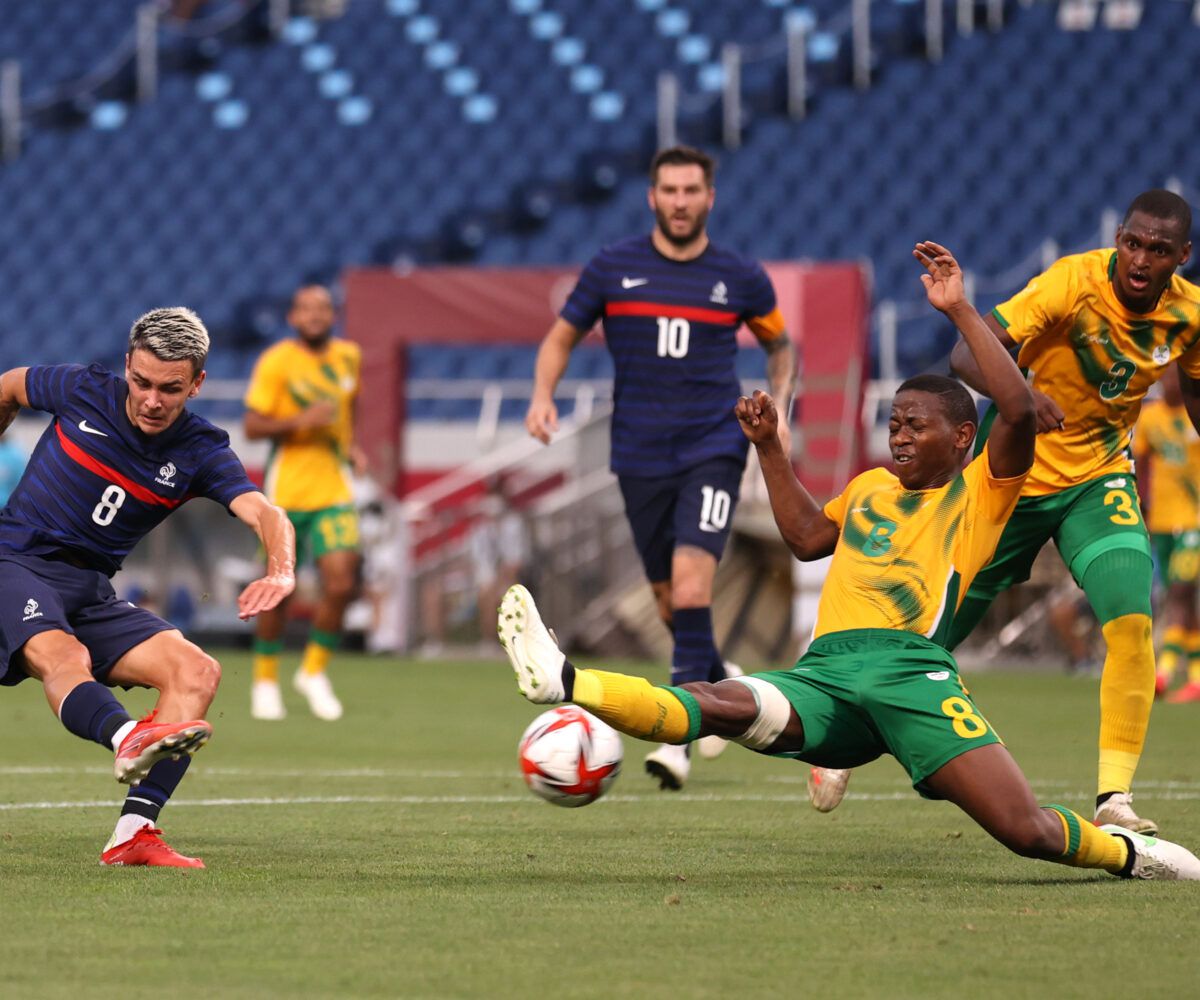 South Africa u23 midfielder Thabo Cele is reportedly close to finalising his future having been linked with Kaizer Chiefs, after his trial with Radomiak in Poland.

Cele was believed to have impressed the Radomiak coach enough to start contract negotiations, before talks hit a snag, along Chiefs back into the picture.

Cele attracted both local and international interest at the Olympics

The former KZN Academy graduate formed part of the South Africa u23 side that participated at the 2020 Tokyo Olympics and was the teams stand out performer as especially in the first two games, losses against hosts Japan and France in a end to end fixture. Those performances from not only impressed the likes of Chiefs and Amazulu in South Africa, but the likes of Radomiak in Poland too.

While at the Olympics Cele’s agent as well a close friend of the player both confirmed that Cele’s primary ambition was to remain in Europe, having spent the entirety of his senior football career in the lower leagues of Portugal, where he most recently featured Cova da Piedade. They both confirmed that the player would only consider the likes of Chiefs and any other local clubs should a move to a European league not materialise, but it seems like it will happen through Radomiak.

He had already negotiated with Radomiak

In the last two months, Cele had already reached advanced negotiations with Radomiak, before the club’s coach came out slamming his agent for demanding too much of a commission for him, and that was seemingly the reason why this deal that looked so promising hit a snag initially. That then fuelled further speculation that he could be heading back to South Africa to join Chiefs, as was also touted as the next feasible destination should the move to Poland not materialise.

Now according to Portuguese publication Cele has made his decision, and that is to join Polish outfit Radomiak. It is believed that negotiations between his representatives and the club resumed after the initial snag, and the positive noise around the deal suggests that it is only a matter of time till he signs on the dotted line for the team he had already began training with in pre-season.

“Thabo Cele is very close to seeing his future resolved. The South African midfielder, ex-Cova da Piedade, is very close to heading to Radomiak, from Poland, where Tiago Matos, former FC Porto player, plays.Without a club since leaving the Almada emblem, Thabo Cele has always had a market, but the proposal he had been waiting for has now emerged. Confirmation of the transfer is stuck for details, but should arrive in the next few hours.”

“Author of a good season in Portugal and of some Olympic Games that caught the eye, the midfielder is now heading to Poland looking to assert himself.’ Said the translated article on Cele, explaining a move that could break the hearts of Chiefs fans.

Is Radomiak the right move for Cele, or should he have opted for Chiefs? Feel free to air your views below.

In quotes: Six of the biggest statements made in Ramaphosa’s...

In Brazil, gyms and hair salons are ‘essential’ businesses