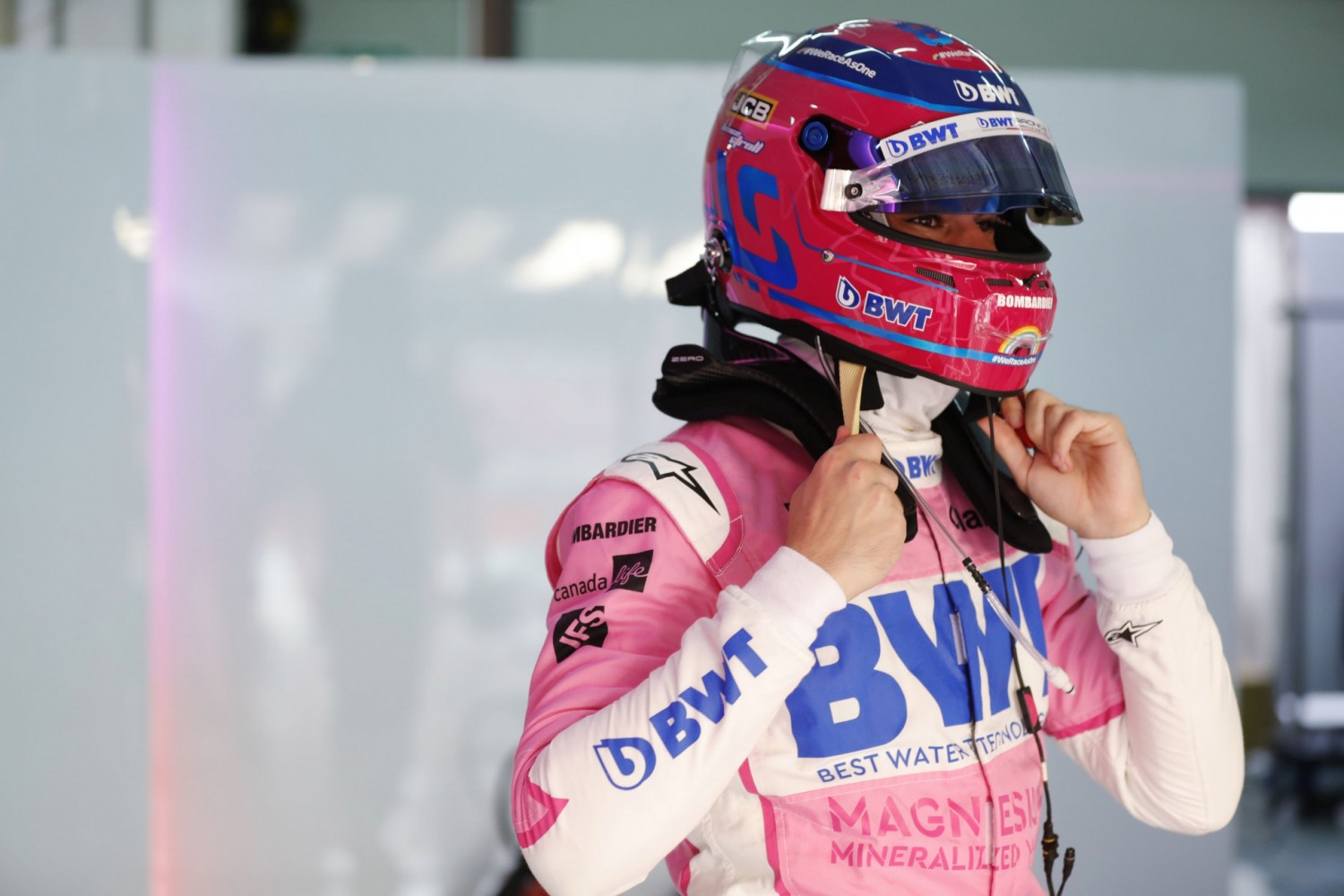 Racing Point technical director Andy Green says Lance Stroll's recent bout of illness "knocked" the confidence out of the Canadian who hasn't put a point on the board since finishing third at the Italian GP in September.

Monza was Stroll's seventh consecutive top-ten finish, and the 22-year-old was on track for another podium a week later at Mugello when a high-speed crash put paid to his efforts.

The crash marked the start of a difficult period for the Racing Point charger who retired on the opening lap at Sochi following a contact with Ferrari's Charles Leclerc before pulling out of the Eifel GP at the Nürburgring after falling ill.

Stroll was subsequently diagnosed with COVID-19 but was declared fit and well for the Portuguese GP, a race in which he collided with McLaren's Lance Stroll.

There was no upturn in form last weekend at Imola, where the Canadian qualified 15th and struggled on race day, sustaining damage to his front wing on the event's opening lap but also clumsily knocking over a mechanic during a pitstop.

"Obviously he’s not where he was, for sure, from where he was at Monza to where he is now," said Green.

"There’s a lack of confidence for sure, which we’ll have to work on over the next week or so trying to get him back again.

"I think the illness did knock it out of him, for sure, that’s something that we hadn’t really foreseen."

Green suggested that Stroll could be suffering from the lasting effects of the coronavirus.

"We’d heard about the length of time it can take to recover from the illness and I think it is taking some time," said the racing Point tech boss.

"He just needs to get his confidence back again, believe in himself again, and we’ll get the Lance back that we had for the first two-thirds of the season.

"He’s obviously taken quite a battering physically and mentally. It was quite a big accident in Mugello, so I think that probably dented his confidence, and then not being fit for a couple of races."

Green also underscored the pressure associated with the fierce battle unfolding at the top of F1's midfield, with three teams - Renault, McLaren and Racing Point - separated by just a single point.

"It is really, really fine margins here and if you’re not on top of the car, and understanding where the tyres are, and getting them in the sweet spot, you can be made to look like an idiot," Green added.

"Half of it is he probably that he just needs an arm around him, a bit of a hug, and say ‘come on let’s pull yourself together now and get on with this over the last few races’, and try and get back to third in the championship.

"He’s more than capable of doing it, it’s just a bit tough on him at the moment." 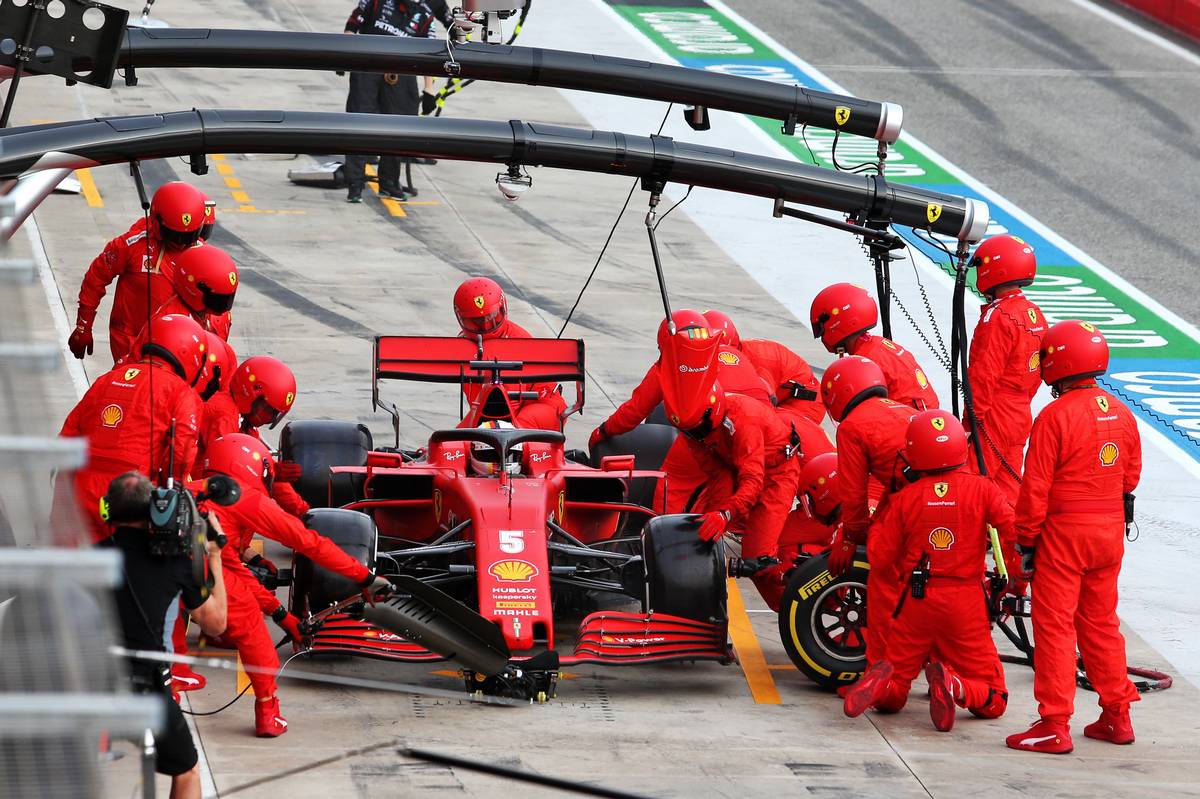 Ferrari say a stripped wheelnut caused the lengthy pitstop that likely deprived Sebastian Vettel of a points haul at Imola.

An extended 39-lap first stint on Pirelli's medium tyre had carried Vettel all the way up to fourth in Sunday's Emilia Romagna GP.

The subsequent pitstop should have allowed the German to slot himself back in among the top ten and take it from there for the remaining 24 laps.

But an issue with the wheelnut on the front right wheel of the Ferrari caused a ruinous 10-second delay that undermined Vettel's chances of points.

"We tried to come back with the Soft tyre at the end, but it was very difficult to make progress in a train of cars," Vettel said.

"This is clearly not the result we wanted and for sure not the one we would have deserved.

"I was comfortable in the car even if this year the problem is more severe in qualifying, where I struggle to get a feel for the car.

"We have to remain patient and continue to make gradual progress, as we have been doing, given that we missed Q3 by just two tenths.

"If we can start from a bit higher up the grid, the next races could bring us better results."

Ferrari team boss Mattia Binotto apologized to Vettel for the scrappy pitstop but underlined what he otherwise viewed as a strong race from the four-time world champion.

"Seb… had a strong race, and we are very sorry for the problem at the pit stop that robbed him of a top-10 finish, thus losing the chance to pick up valuable points," said Binotto.

"It’s clear to see that we are consolidating the progress we have made in recent races, especially in terms of race pace at a variety of tracks with very different characteristics.

"That’s important for the rest of this season and for the next one."

Vettel's misfortune at Imola was just another setback in the 33-year-old's dismal 2020 campaign in which his best result so far is a modest P6 finish at the Hungarian GP.