Kimi Raikkonen scored his first points of the season at Mugello, but the Alfa Romeo driver dodged a... The post Raikkonen happy 'to get something out' of Mugello mayhem appeared first on F1i.com. 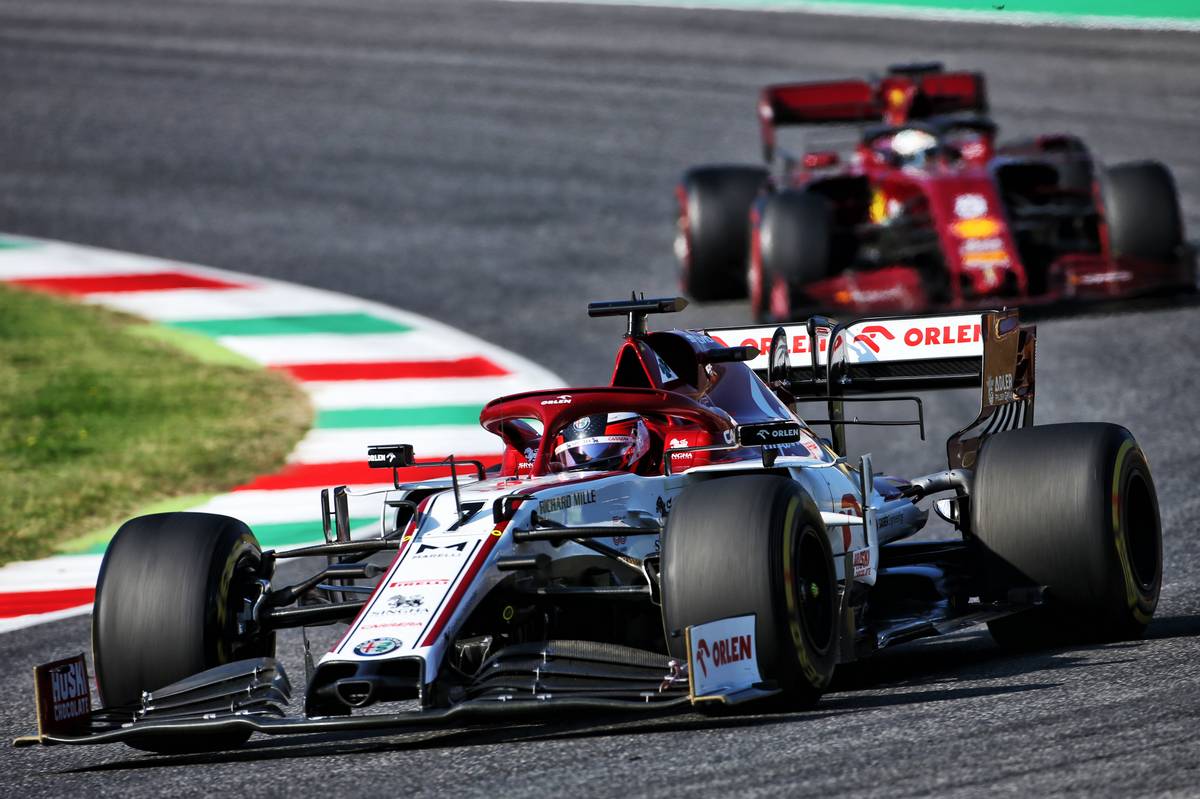 Kimi Raikkonen scored his first points of the season at Mugello, but the Alfa Romeo driver dodged a few bullets on his way to P8.

Ahead of last weekend's Tuscan Grand Prix, Raikkonen was one of four drivers yet to put a point on the board in 2020, the Finn suffering from his team's dismal performance year to date.

But the prospects of a productive afternoon in Tuscany's countryside looked bleak from the outset when the Iceman got caught up in an opening lap spat at Turn 2 with Pierre Gasly and Max Verstappen.

The Alfa charger survived the contact, albeit with a damaged car that became a handful and a botched pitstop that pushed its driver to the bottom of the pack

But a chance to save the day emerged in the form of a second red flag that provided a timely reset. However, that opportunity looked squandered when Raikkonen was handed a five-second time penalty for a belated entry into the pitlane.

"I only saw the Safety Car panels very late, because there was quite a lot of dust in the last couple of corners, but I kept looking to see if the Safety Car would come out," Raikkonen said.

"So, when it came, I turned in very late and I crossed the line. Usually that’s OK, but here it’s not OK, but once I decided to go there was no chance to go back. I was hoping they wouldn’t find out but, obviously, someone pointed that out to them…"

The penalty put a Damocles sword over the Finn's head in the remaining 13 laps, but Raikkonen pulled out the stops to beat the two Ferraris on the road and claim a well-deserved P9 finish at the end of a race that was a constant struggle from beginning to end.

"Obviously, I was quite pissed off getting the car damaged at the beginning, but we still got something out of it, even without a perfect execution we still got points, so that’s the main thing.

"After the bad pit stop we lost a lot of time but then there was another red flag and we kind of got back into the race.

"I think with all the issues that we had, far from the smoothest race of all, we still got some points, so we’ll have to take that and move forwards.

"We got run over and got quite a bit of damage on the car. We struggled quite a bit with the balance, because of that.

"Obviously with a couple of red flags we kept adding parts, but we were still down on downforce. Luckily the wheels had stayed on!

"We managed to find some kind of balance to push and I think we had decent speed even with all the damage that we had.

"I had enough speed to keep behind most cars even with the penalty, but not all, one got past me. We got something out of it, but on days like this you wish you had no damage to get more out of it."

The post Raikkonen happy 'to get something out' of Mugello mayhem appeared first on F1i.com.