Alfa Romeo's Kimi Raikkonen was kicked out of the points by the Emilia Romagna GP stewards after being... The post Raikkonen loses top-10 position following post-race penalty appeared first on F1i.com. 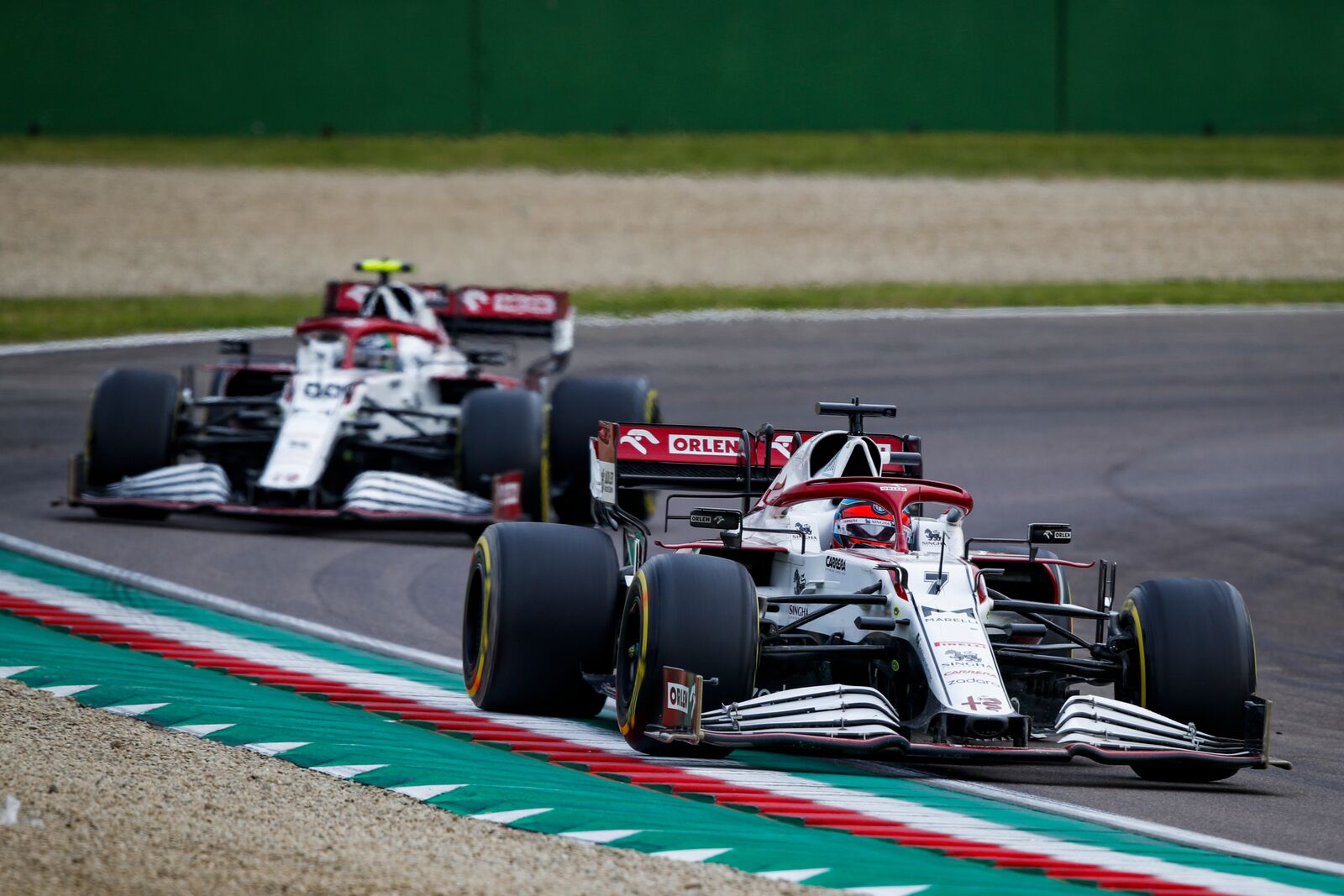 Alfa Romeo's Kimi Raikkonen was kicked out of the points by the Emilia Romagna GP stewards after being handed a post-race 30-second time penalty.

Raikkonen was found in violation of F1's sporting regulations for failing to enter the pitlane before the restart of the race which had been red flagged following the crash between George Russell and Valtteri Bottas.

On the lap prior to the restart, as the field lined up behind the Safety Car, Raikkonen spun at Turn 3. The rules dictate that in such case a driver can retake his position if this is done before crossing the first Safety Car line.

If not, the driver must enter the pitlane and rejoin the race once the field has passed on the restart.

The infringement unfortunately equated to Raikkonen's demotion to P13 in the final standings of Sunday's race. The Finn's pain was Alpine's gain as F1 returnee Fernando Alonso inherited P10 and his first point of the season, while teammate Esteban Ocon moved up to P9.

"Art 42.6 then indicates that should a driver fail to take his position he must enter the pit lane and can only re-join the race once the whole field has passed the pit exit," stated the post-race stewards' report.

"Art 42.12 indicates that during a rolling start, once the safety car turns its lights out, “No driver may overtake another car on the track until he passes the Line...” In this case, the driver caught up to the cars ahead of him between Turn 13 and 14, but the safety car turned its lights out at approximately Turn 10. This would appear to be a contradictory instruction and the team instructed the driver to not regain his position, fearing that this would create a safety issue in the wet conditions. They radioed the Race Director, but there was no time for a response between their call and the restart.

"The penalty is a mandatory penalty, and therefore the Stewards consider that they have no alternative than to apply this penalty for reasons of consistency."