There have been a … The post Ranking every Spurs home shirt of the Premier League era appeared first on Football365. 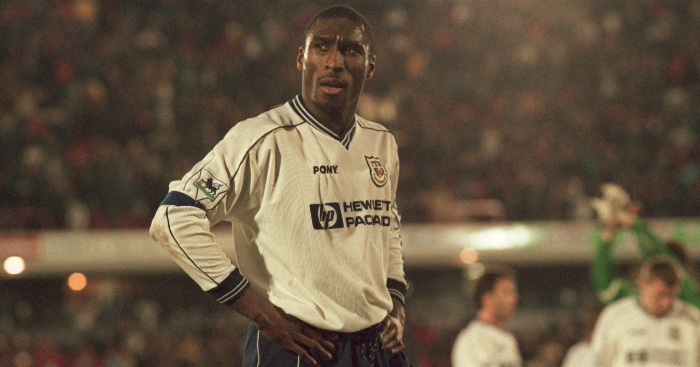 Tottenham Hotspur‘s famous white strip is something you might think would be difficult to get wrong – but various manufacturers have managed it in the Premier League era.

There have been a couple of notable abominations, but others have managed to get it very right, and looking over some of those old Holsten-sponsored shirts give us a nice warm glow of nostalgia.

This is, of course, an entirely subjective ranking of their best Premier League home shirts.

The post Ranking every Spurs home shirt of the Premier League era appeared first on Football365.