Ready for a Royal Renovation? Behold This $1.8M Castle in San Francisco

A castle in San Francisco, complete with turret, has come on the market for $1.8 million. The royal residence will require a buyer to put in some work. The post Ready for a Royal Renovation? Behold This $1.8M Castle in San Francisco appeared first on Real Estate News & Insights | realtor.com®. 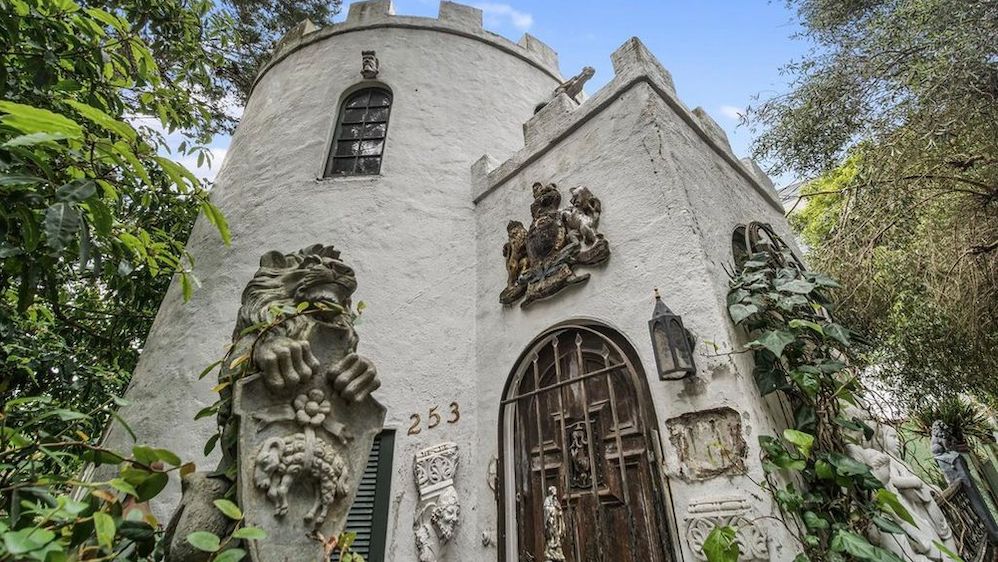 Hear ye, hear ye. A castle in San Francisco, complete with turret, has landed on the market for $1.8 million. As royal residences go, the king or queen of this castle should be prepared to put in some work.

It’s a “handyman’s special,” says the listing agent, Dirk Kinley with Compass. “But more like a contractor special,” he amends, given some of the options for the parcel of land.

It was last on the market in April for $2.2 million, but the price has dropped by 18%. However, there’s still the renovation budget to factor in.

Kinley estimates that at a minimum, the next homeowner (or developer) would need to invest $500,000 in remodeling the quirky construction, filled with ornate details, a secret passageway, and a window featuring a likeness of Queen Elizabeth I.

The property spans two street frontages, and is zoned for multiple residences.

“Bring your contractor and dreams,” the listing description suggests.

And also, grab your wallet, because turning the place into multiple units would potentially cost a big chunk of change.

Even so, in the tight San Francisco housing market, some savvy investors could probably make their money back and then some.

Naturally, the structure comes with an intriguing tale. The lore holds that in the 1920s, former owners Charles and Penelope Penny bought the home, which had been built in the 1900s. Apparently, Charles had always wanted to live in a castle, so he added on the turret to make his dream come true.

He owned the home until the 1970s, and it apparently changed hands in 1974 for $45,000. The current owners lived in the castle for 45 years, until 2019. They also added their own details, such as more salvaged stained glass.

The home now contains three bedrooms, one bathroom, and 1,735 square feet, but the lot size is big enough to expand the living space.

Renderings that shoot for a “neo Medieval” contemporary vibe, with a central atrium, show how a regal remodel could look. Meanwhile, we’d like to decree that no matter what the design direction, the castle facade should remain.

Alternatively, a buyer could simply repair what’s in place. It’s pretty swell as is.

The interior includes such details as a spiral staircase, an ornate fireplace surround, a coffered ceiling, and an abundance of stained glass. Furthermore, somewhere in there hides a secret door. Kinley’s lips are sealed on its exact whereabouts.

He will say of its past owners, “Both were definitely interesting people and not afraid to try things. They made the house very unique.” He adds, “People are enchanted by it.”

The Corona Heights location may also attract buyers. Along with stellar views, the setting is convenient to Duboce Triangle, the Castro, Haight Ashbury, Cole Valley, tech shuttles, and the freeway. Bring your scepter and make an offer.