Author: C Veeramani, IGIDR The COVID-19 pandemic is impacting world trade across all sectors, but it is having the biggest effect on industries where production processes are fragmented through global value chains (GVCs). GVCs in several industries are mainly controlled by multinational enterprises (MNEs) operating from countries significantly affected by the pandemic. Exports from almost […] 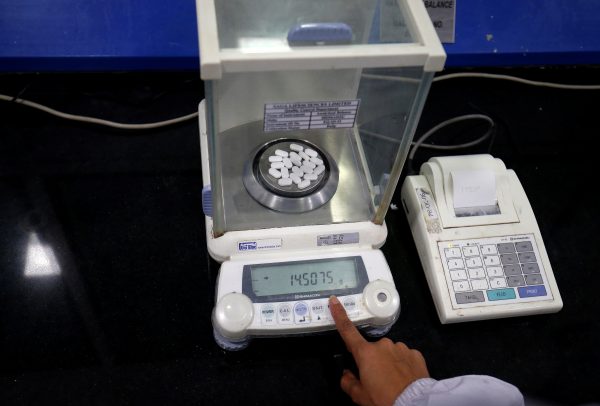 The COVID-19 pandemic is impacting world trade across all sectors, but it is having the biggest effect on industries where production processes are fragmented through global value chains (GVCs). GVCs in several industries are mainly controlled by multinational enterprises (MNEs) operating from countries significantly affected by the pandemic. Exports from almost all countries will decline due to the supply shock emanating from disruptions to GVCs. In the case of India, it is most affected by the demand shock arising from fall in consumption and investment spending across the world.

Services exports, which account for about 38 per cent of India’s total exports, registered a positive growth rate of 4.7 per cent in January–March 2020. The services sectors that are most adversely affected by the pandemic are Mode 2 (consumption abroad) and Mode 4 (temporary movement of natural persons), accounting for less than 20 per cent of the country’s total services exports. Mode 1 (cross border trade in services) constitutes about 60 per cent of services exports and is least affected as these services are mostly provided over the internet.

How India’s exports will perform in the future depends on the country’s participation in GVCs.

India’s participation in GVCs is significantly lower than that in East and Southeast Asian countries, particularly in manufacturing. India’s export market participation in network products including electronics, electrical machinery, computers and road vehicles — where GVCs are most common and entrenched — is minuscule compared to that of other major Asian countries. Network products account for only 10 per cent of India’s total merchandise exports compared to about 50 per cent in China, Japan and South Korea. The effect of COVID-19 on India’s exports through GVCs will be smaller as it is less integrated into GVC networks.

The nature of India’s GVC participation is also very different from other labour abundant Asian countries like Bangladesh, Vietnam and China. India generally has a higher level of forward GVC participation (export of raw materials and intermediate inputs) compared to backward participation (exports based on imported inputs). Even within the category of ‘apparel & footwear’, India’s world market share in intermediate products of about 6 per cent is higher than it share in final products of about 3 per cent — a pattern opposite to what is observed for Vietnam and Bangladesh.

Low participation as well as the nature of its GVC linkage implies that disruptions in GVCs are less of a problem than demand shocks for Indian exporters. The demand shock will play a dominant role in determining the export performance of several sectors with high forward GVC linkages like intermediate apparel, textiles, iron ore, metals, chemicals and most primary products. The longer the world economy takes to recover, the more prolonged India’s export slowdown in these sectors will be.

Export growth may recover faster in certain sectors. While India’s pharmaceutical industry depends on China for key pharmaceutical ingredients as inputs, the supply chain in this industry is likely to be restored relatively faster given the medical emergency in several countries and the pressure on China to ease supply. Refined petroleum and gems and jewellery account for the largest shares — 15 per cent and 12 per cent respectively — of India’s total merchandise exports. The supply chains in these sectors can be restored faster as they are far less complex than those in other industries.

For other sectors, the present crisis may offer new opportunities. One of the major industries where India has high backward GVC participation is automobiles. Automobile exports contribute about 6 per cent to India’s export basket. Once supply chains in automobile production are fully restored, India can benefit from a potential increase in the demand for car ownership as social distancing norms may push people away from public transport. The demand for certain services like information technology and financial services may experience a boom in the coming months.

There is a growing realisation among MNEs that capacities cannot be concentrated in one place. Potential realignment of GVCs in the near future may provide an opportunity for India to attract MNEs. India should urgently initiate a comprehensive set of reforms to provide easy access to imported inputs and to improve its ease of doing business. India’s average tariff rate for intermediate inputs is 10.5 per cent compared to 7.8 per cent in China and 6.1 per cent in Vietnam. The input tariffs should be reduced significantly to make India an attractive location for assembly activities.

India will miss the emerging opportunity if protectionists and nationalists across the world exploit COVID-19 to promote their political agenda, fuelling further backlash against globalisation. Returning to protectionism and border closures is not the answer to mounting fear over an impending recession. The wiser approach for India is to deepen integration with the rest of the world while building national reserves for ‘critical goods’ and investing more in public health.

This article is part of an  on the novel coronavirus crisis and its impact.

Labor Activist 'At Risk of Torture' in Incommunicado Detention:...

Rishi Kapoor died at the age of 67 after a two-year-long...