It might not have the history of New South Wales and Queensland, and it might not even have the ‘little brother v big brother’ element that fuels the Hume Highway derby between the Brumbies and the Waratahs. But the Reds-Brumbies rivalry is now the premier Australian rugby rivalry. Why? Because it always delivers. Saturday night’s […] 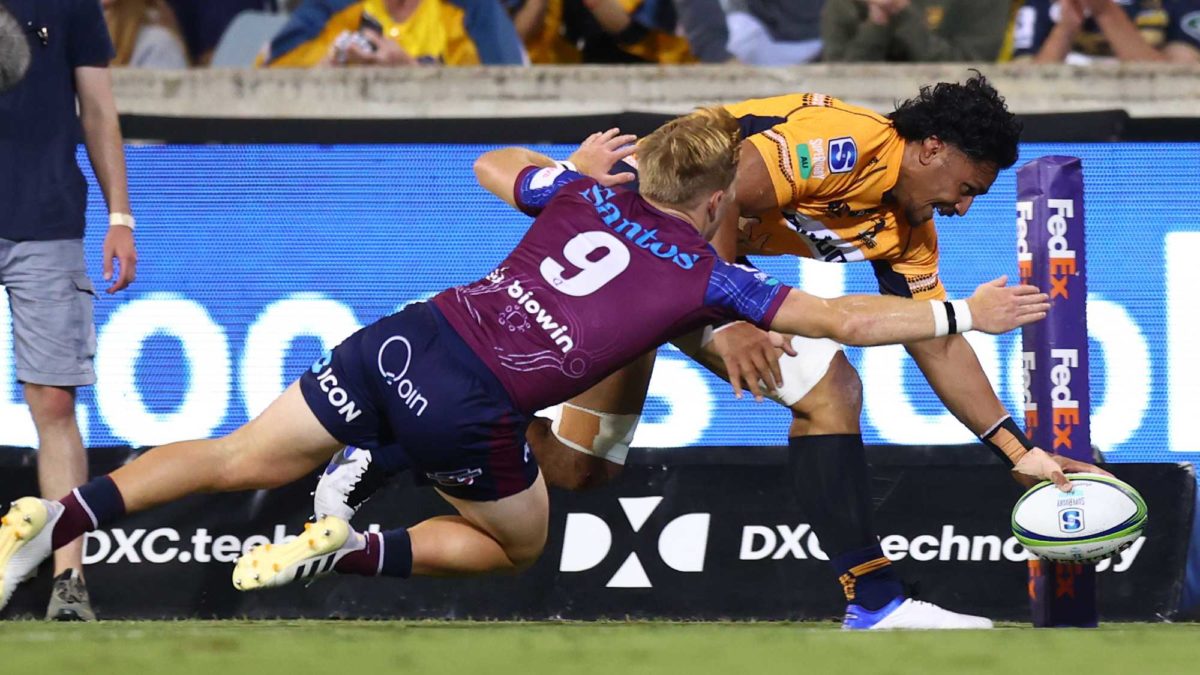 It might not have the history of New South Wales and Queensland, and it might not even have the ‘little brother v big brother’ element that fuels the Hume Highway derby between the Brumbies and the Waratahs.

But the Reds-Brumbies rivalry is now the premier Australian rugby rivalry. Why? Because it always delivers.

Saturday night’s 24-22 thriller in Brisbane followed last month’s 40-38 thriller in Canberra. All in, we’ve now seen a total of 124 points and 14 tries scored between the sides over 160 minutes this season, and only four points has separated them.

And just to throw salt into the wound for Brumbies fans, the Reds have led for at best four of those 160 minutes.

The closeness between the side this season is quite incredible.

The Reds have yielded four bonus points (all for scoring three tries more than their opposition) to the Brumbies’ five (three for three tries more, two for losing by less than seven – both to the Reds, obviously).

21 players have scored two or more tries this season in Super Rugby AU; eight are Reds and ten are Brumbies. In total, 13 Reds have scored their 30 tries, while the Brumbies’ 32 (plus a penalty try) have been shared among 15 players. 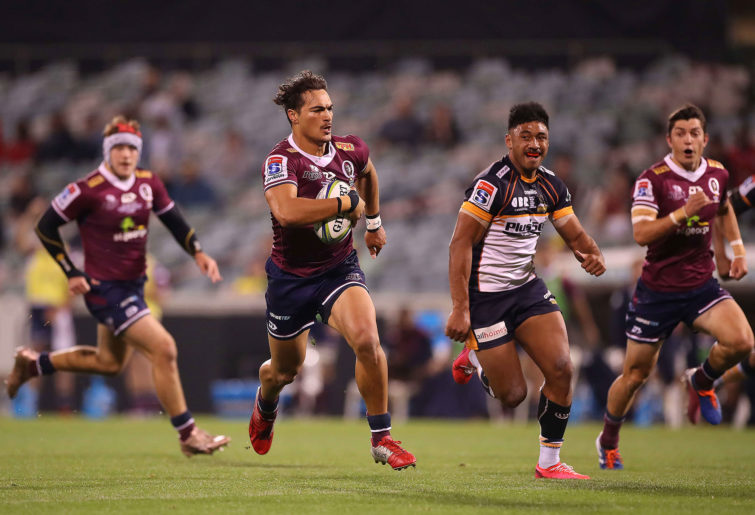 A little sidebar here, just to highlight the Reds’ and Brumbies’ staggeringly contrasting styles of play compared to other three Australian sides this season.

Over in New Zealand, 87 tries have been scored across seven rounds, but have been shared relatively evenly across the five teams. There is only nine tries the difference between the Chiefs’ 13 to the Crusaders’ 22. The Hurricanes have scored 15, the Blues 17, and the Highlanders 18.

In Australia, the tally is 88 tries over eight rounds, and as we’ve already established, 63 of them come from the top two teams.

Behind them, the Waratahs have score nine tries, while the Rebels and Force have managed just eight each.

Collectively, the four leading try-scorers in Australia – Alex Mafi, Taniela Tupou, Tom Banks, and Folau Fainga’a have 18 between them – trail the other three teams’ communal aggregate by seven.

In truth, the two heart-stopping games between the sides this year is just a continuation of what really began at the start of last year. The Super Rugby AU Final last September was decided by just three points.

In fact, Saturday night was the fourth game in the last six played since the start of 2020 to be decided by fewer than three points, and the fifth in those six games with less than a try in it.

But we can go a bit deeper, again. The National Rugby Championship in 2018 and 2019 featured many of the same players on show in Brisbane on Saturday night, and produced similarly close contests.

In 2019, Queensland Country beat Canberra 36-23 in Round 2, only for Canberra to bounce back the following weekend and topple Brisbane City 36-35.

The year before, Country again beat Canberra 45-35 in the opening round, and Canberra knocked off Brisbane City in a close final round match, 13-10 in the pouring rain in Brisbane, from memory.

Even the 2017 final was locked up at 28-all with ten to play, before Queensland Country scored two converted tries in four minutes to win their only NRC title, over the Vikings in Canberra.

It’s astounding how often these playing groups have done it!

So, the Reds have now won three of the last four clashes – last year’s final being the only loss – and they’re unbeaten in Brisbane since 2015.

But this is something of a gradual correction of what still is a fairly lop-sided overall picture.

It took until 1999, the fourth season of Super 12 as it was then, before the Reds beat the Brumbies for the first time, and until 2011 for their second win, that one doubling as the first time Queensland won in Canberra. Overall, the record still sits 27-11 in the Brumbies favour, and with a 19-19 draw in 2013.

But even back then, it was awfully close: the first six clashes were all decided by fewer than eight points.

It’s been an absolute treat to have the Reds and Brumbies face off six times since the start of last year, and with one more meeting highly likely this year. But it is obviously a silver lining of the COVID-forced implosion of the old Super Rugby that has allowed this to have been the case.

And this will be something to keep in mind if plans for a reunited, relaunched trans-Tasman Super Rugby with a Pacific flair do come to fruition in 2022.

In a twelve-team competition, will all teams meet just once before the finals, or might we see an east and western conference of six teams each, to add five more weeks of ‘local derbies’ to the season schedule before any finals are played?

I guess it will come down to whether SANZAAR, Australia and New Zealand want a 15-week competition, or something longer. For what it’s worth, it will be 18 weeks in total from the start of Super Rugby AU (Super Rugby Aotearoa started a week later) to the proposed Super Rugby Trans-Tasman Final on June 19.

Which means potentially, we should enjoy this golden period of Reds and Brumbies blockbusters, because the days of three and four showdowns a year are certainly numbered.

But goodness, what a run it’s been over the last year and a bit.

Will Springbok pride come before the fall?

The dual pivot: Dave Rennie’s approach with the Wallabies

Reviewing the season of the world’s richest player