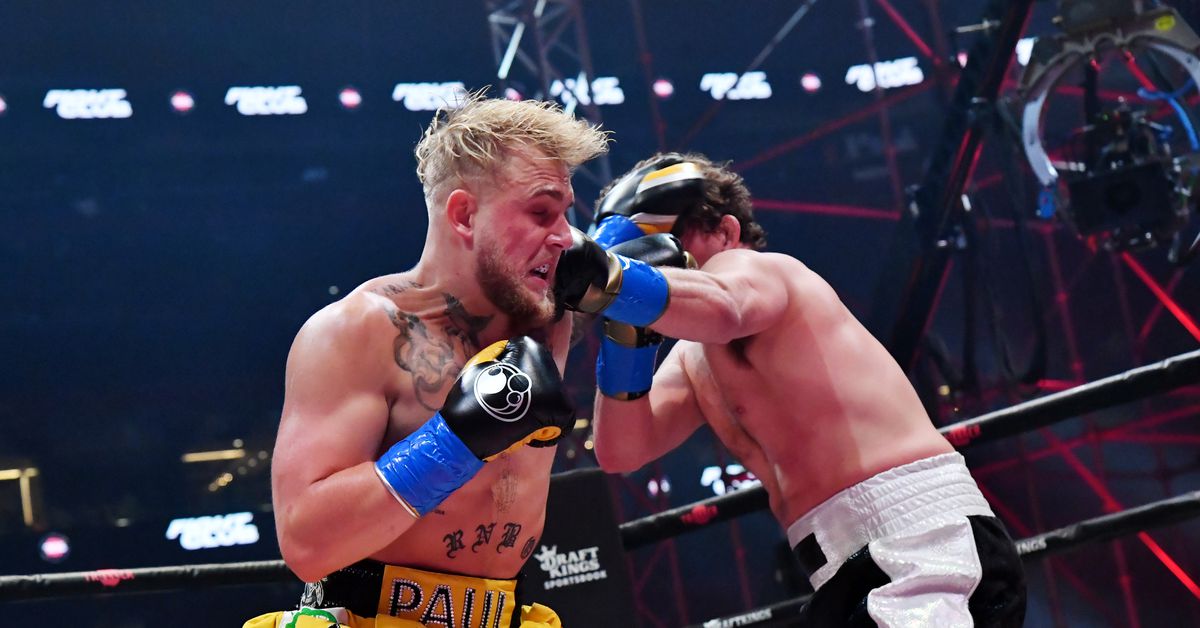 Calls of a fix didn’t take long to roll in after Jake Paul sent Ben Askren to the canvas in the headliner of their cruiserweight fight for Triller Fight Club.

But the only forgone conclusion, per veteran combat sports official Marc Goddard, was that Askren was not going to come back from the damage he took, and the referee made on Saturday in Atlanta.

The referee made the right call for Ben Askren. No work. No conspiracy. No one was “in on it”. Just a referee preventing a forgone conclusion. We don’t always need to see a kill shot.

“The referee made the right call for Ben Askren,” Goddard wrote. “No work. No conspiracy. No one was ‘in on it.’ Just a referee preventing a forgone conclusion. We don’t always need to see a kill shot.”

Paul picked up his third knockout victory with an overhand right that sent Askren to the canvas at the 1:59 mark of the first round. The bout was scheduled for eight rounds. It was Askren’s professional boxing debut after a decorated career as a wrestler and MMA fighter.

The test Stutts conducted on Askren is standard procedure to assess the condition of a fighter who’s been knocked down. But online, fans who watched the bout immediately accused Askren of taking a dive.

Soon after the fight, Askren took to Twitter to apologize for the result.

But there was no consoling a very vocal segment of the boxing event’s audience. It was just the latest offense in a chaotic event that alternately entertained, confused and enraged depending on the expectations brought to the broadcast.

Ben Askren says he deserves ridicule following loss: ‘I got knocked out by Jake...

Dan Hardy: Conor McGregor vs. Diego Sanchez ‘would be an...